What is the US’ most popular national park? Who was the REAL 5th Beatle? These and more are in our latest travel trivia game.

You have completed Global Trivia 9. 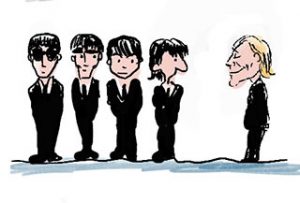 Paul McCartney recently said that this person was the Real Fifth Beatle.

McCartney said producer George Martin was "the fifth Beatle" in a 2016 memorial post. "If anyone earned the title of the fifth Beatle, it was George."

"I’m so sad to hear the news of the passing of dear George Martin. I have so many wonderful memories of this great man that will be with me forever. He was a true gentleman and like a second father to me. He guided the career of the Beatles with such skill and good humour that he became a true friend to me and my family," McCartney wrote on his site.

He continued, "I am proud to have known such a fine gentleman with such a keen sense of humour, who had the ability to poke fun at himself. Even when he was Knighted by the Queen there was never the slightest trace of snobbery about him ... The world has lost a truly great man who left an indelible mark on my soul and the history of British music."

Sir George Henry Martin (1926 – 2016) produced nearly all of the Beatles' recordings (except for the Let It Be album, produced by Phil Spector, and the songs "Real Love" and "Free as a Bird," (produced by Jeff Lynne) and wrote the instrumental score for the Yellow Submarine film and soundtrack album, and the string and horn (and even some vocal) arrangements for almost all of their songs (with the famous exception of Spector's re-production on Let It Be, and "She's Leaving Home", which was arranged by Mike Leander). His arrangement of the string octet backing for "Eleanor Rigby" was widely noted.

Martin's extensive musical training (which he received at the Guildhall School of Music) and sophisticated guidance in the studio are often credited as fundamental contributions to the work of the Beatles. Writer Ian MacDonald noted that Martin was one of the few record producers in the UK at the time who possessed the sensitivity the Beatles needed to develop their songwriting and recording talent. Martin's piano playing also appears on several of their tracks, including "Misery" and "In My Life". Martin himself deflected claims of being the "fifth Beatle" to Beatles' manager Brian Epstein. 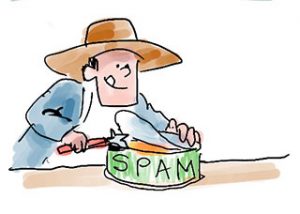 What US State consumes the most SPAM, as in canned food.

Hawaii’s plantation era is over, but Spam’s still a local darling, a reminder of a different time. On the islands, there’s no shame in eating Spam. On the contrary, you’re kind of weird if you don’t like it. Hawaii consumes more Spam per capita than any other state, with five cans eaten per person per year — about 7 million cans total — according to Nicole L. Behne, a Spam senior product manager.

Hawaii is the only part of the country that fully appreciates Spam’s, where the canned meat is served and loved everywhere from fast-food restaurants to an annual “Spam Jam” street festival. Spam might not seem like a traditional island food, but Hawaiians know a good thing when they see it, and Spam has been a Hawaiian favorite for almost as long as the iconic canned meat has existed.

After the war, Spam remained a practical source of nourishment for Hawaii’s mid-20th-century sugar and pineapple plantation workers because it didn’t need to be refrigerated and could sit out in the sun in a lunch pail without rotting. It was a common food among Hawaii’s Japanese, Chinese, Korean Filipino, Portuguese, and Puerto Rican workers — an edible analog to Hawaiian Creole English, the shared dialect that had developed decades earlier. Plus, salty Spam was the perfect complement to rice, a staple of the Hawaiian diet, and a cheap way to get meat on the table in a state with a high cost of living.

Spam hit grocery shelves in 1937, distinguishing itself from other brands of ready-to-eat canned ham with a clutchable can size and relatively short ingredient list. (Ironically, given its current reputation, Spam was intended to be a higher-quality alternative to the other tinned mystery meats on the market.) When war broke out a few years later, the U.S. military distributed it to GIs since it was inexpensive and filling, didn’t spoil, and shipped easily. “For every soldier who swore he would never eat Spam again and stuck to it, there seemed to be two who became Spam customers as a result of being introduced to it during the war,” writes Carol Wyman in Spam: A Biography. Meanwhile, on the home front, consumers, otherwise mostly meat-deprived, could use their ration stamps to buy Spam on a limited basis. In a Hawaii, which was geographically isolated and faced food shipping interruptions during the war, Spam was a godsend, says Arnold Hiura, a food historian and author of Kau Kau: Cuisine & Culture in the Hawaiian Islands. 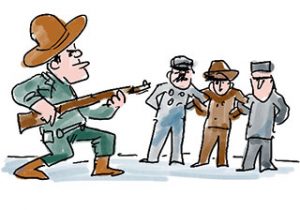 Name the head of state who was not part of the Axis powers during WWll.

The main Axis powers: Germany, Italy, Japan, also known as "Rome–Berlin–Tokyo Axis" (also acronymized as "Roberto"), were the nations that fought in World War II against the Allies. The Axis powers agreed on their opposition to the Allies, but did not completely coordinate their activity.

The Axis grew out of the diplomatic efforts of Germany, Italy and Japan to secure their own specific expansionist interests in the mid-1930s. The first step was the treaty signed by Germany and Italy in October 1936. Benito Mussolini declared on 1 November that all other European countries would from then on rotate on the Rome–Berlin axis, thus creating the term "Axis". The almost simultaneous second step was the signing in November 1936 of the Anti-Comintern Pact, an anti-communist treaty between Germany and Japan. Italy joined the Pact in 1937. The "Rome–Berlin Axis" became a military alliance in 1939 under the so-called "Pact of Steel", with the Tripartite Pact of 1940 leading to the integration of the military aims of Germany, Italy and Japan.

At its zenith during World War II, the Axis presided over territories that occupied large parts of Europe, North Africa, and East Asia. There were no three-way summit meetings and cooperation and coordination was minimal, with slightly more between Germany and Italy. The war ended in 1945 with the defeat of the Axis powers and the dissolution of their alliance. As in the case of the Allies, membership of the Axis was fluid, with some nations switching sides or changing their degree of military involvement over the course of the war. 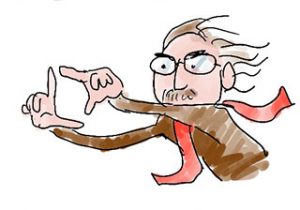 Name the French New Wave film director who is NOT French.

Jean-Luc Godard was born on December 3, 1930, the second of four children in a bourgeois Franco-Swiss family. His father was a doctor who owned a private clinic, and his mother came from a preeminent family of Swiss bankers. During World War II Godard became a naturalized citizen of Switzerland.

New Wave (French: La Nouvelle Vague) is a French film movement which emerged in the 1950s and 1960s. It is a form of European art cinema, and is often referred to as one of the most influential movements in the history of cinema. New Wave filmmakers were linked by their rejection of the traditional film conventions then dominating France, and by a spirit of iconoclasm. Common features of the New Wave included radical experimentation with editing, visual style, and narrative, as well as engagement with the social and political upheavals of the era.

The term was first used by a group of French film critics and cinephiles associated with the magazine Cahiers du cinéma in the late 1950s and 1960s, who rejected the Tradition de qualité ("Tradition of Quality") of mainstream French cinema, which "emphasized craft over innovation, privileged established directors over new directors, and preferred the great works of the past to experimentation." This was apparent in a manifesto-like essay written by François Truffaut in 1954, Une certaine tendance du cinéma français, where he denounced the adaptation of safe literary works into unimaginative films.

Some of the most prominent pioneers among the group, including François Truffaut, Jean-Luc Godard, Éric Rohmer, Claude Chabrol, and Jacques Rivette, began as critics for the famous film magazine Cahiers du cinéma. Cahiers co-founder and theorist André Bazin was a prominent source of influence for the movement. By means of criticism and editorialization, they laid the groundwork for a set of concepts, revolutionary at the time, which the American film critic Andrew Sarris called auteur theory. (The original French La politique des auteurs, translated literally as "The policy of authors".) Bazin and Henri Langlois, founder and curator of the Cinémathèque Française, were the dual father figures of the movement. These men of cinema valued the expression of the director's personal vision in both the film's style and script.

Apart from the role that films by Jean Rouch have played in the movement, Chabrol's Le Beau Serge (1958) is traditionally (but debatably) credited as the first New Wave feature. Truffaut, with The 400 Blows (1959), Alain Resnais with Hiroshima Mon Amour (1959; part of the Left Bank branch of the New Wave) and Godard, with Breathless (1960) had unexpected international successes, both critical and financial, that turned the world's attention to the activities of the New Wave and enabled the movement to flourish. Part of their technique was to portray characters not readily labeled as protagonists in the classic sense of audience identification.