Was Adolf Hitler a First World War hero? Which Founding Fathers owned slaves? These and more are in our latest travel trivia game.

You have completed Global Trivia 12. 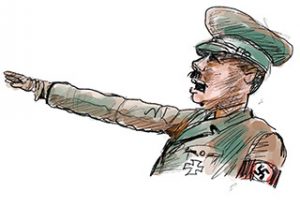 Name the army in which Adolf Hitler served in World War 1.

Adolf Hitler was 25 years old in August 1914, when Austria-Hungary and the German Empire entered the First World War. Hitler enlisted in the Bavarian Army despite his Austrian citizenship.  Hitler claimed he did not wish to serve in the Austria-Hungary (Habsburg Empire) army because of its mixture of "races." Renowned for the rewriting of his personal narrative, he actually did attempt to enlist in the Austrian Army, but was turned away due to failing his physical examination. In the Bavarian Army, Hitler continued to put forth his German nationalist ideas which he developed from a young age.

During the war, Hitler served in France and Belgium in the Bavarian Reserve Infantry Regiment 16 (1st Company of the List Regiment). He was an infantryman in the 1st Company during the First Battle of Ypres (October 1914), which Germans remember as the Kindermord bei Ypern (Ypres Massacre of the Innocents) because approximately 40,000 men (between a third and a half) of nine newly-enlisted infantry divisions became casualties in 20 days. Hitler's regiment entered the battle with 3,600 men and at its end mustered 611. By December Hitler's own company of 250 was reduced to 42. Biographer John Keegan claims that this experience drove Hitler to become aloof and withdrawn for the remaining years of war. After the battle, Hitler  was assigned to be a regimental message-runner. 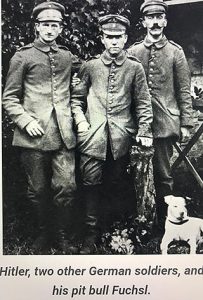 In early 1915 Lance Corporal Hitler adopted a stray dog he named Fuchsl (little fox), who was taught many tricks and became his beloved companion. Hitler's circle of army friends, laughed at "Adi" for his aversion to smutty stories, and traded their jam rations for his tobacco.

During the Battle of the Somme in October 1916 Hitler received a wound in his left thigh. He begged not to be evacuated, but was sent for two months to the Red Cross hospital in Brandenburg.

On 15 October 1918, he and several comrades were temporarily blinded — due to British mustard-gas attack. He also lost his elaborate long handlebar moustache which had prevented a tight seal on his oxygen mask – which he then transitioned to a small toothbrush moustache as ordered by his commanders.

Hitler was hospitalized in Pomerania. While there, her learned of Germany's defeat, and — by his own account — upon hearing the news suffered a second bout of blindness. Hitler was outraged by the subsequent Treaty of Versailles (1919), which forced Germany to admit to starting the war, deprived Germany of various territories, demilitarized the Rhineland (which the Allies occupied), and imposed economically damaging sanctions. Hitler later wrote: "When I was confined to bed, the idea came to me that I would liberate Germany, that I would make it great. I knew immediately that it would be realized." 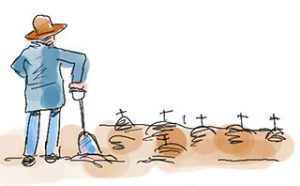 What percentage of the first inhabitants of the Marquesas Islands died as a result of European diseases?

The Marquesas Islands were one of the last areas contacted by European explorers for colonization. Due to European diseases, lethal infectious epidemics began to spread; despite the outsiders often having no obvious illness. Four major epidemic diseases (TB, typhoid, influenza, and smallpox) devastated the Marquesas from 1791 to 1863/64; approximately 80% of the population died.

Who was the first guitarist to smash his electric guitar?

Question 3 :
E. Pete Townshend – The Who

In the mid 1960s, guitarist Pete Townshend of the Who was the first guitar-smashing rock artist. Rolling Stone Magazine included his smashing of a Rickenbacker guitar at the Railway Tavern Harrow and Wealdstone in September 1964 in their list of "50 Moments That Changed Rock & Roll.” Jeff Beck, then a member of the Yardbirds, reluctantly destroyed a guitar in the 1966 film ‘Blowup’ (original title) after being told to emulate the Who by director Michelangelo Antonioni. Jimi Hendrix was also known for destroying his guitars and amps. He famously burned two guitars at three shows, most notably the 1967 Monterey Pop Festival. In an effort to out-do the Who's destruction of their instruments earlier at the same event, Hendrix poured lighter fluid over his guitar and set it on fire, even though "I'd just finished painting it that day" as he would later remark.

Name the US President who did not own enslaved Africans.

President John Adams was morally opposed to slavery and refused to employ slaves. His wife, Abigail Adams, went so far as to employ free blacks for labor. A letter from Abigail Adams to her husband, written in 1776, gives her views: "I have sometimes been ready to think that the passion for Liberty cannot be equally strong in the breasts of those who have been accustomed to deprive their fellow Creatures of theirs." Their advocacy helped lay the groundwork for the abolition movement.

Leading American Founders – Most notably Thomas Jefferson (600+ slaves, with only one freed at his death), George Washington (200 + slaves, all freed at his death), and James Madison (100+ slaves, none freed at his death) – owned slaves, but many did not. Benjamin Franklin thought that slavery was "an atrocious debasement of human nature" and "a source of serious evils." James Monroe (with 75 slaves) supported sending freed slaves to the new country of Liberia; its capital, Monrovia, is named after him. Andrew Jackson owned many slaves and faced several controversies related to slavery during his presidency. At his campaign for the presidency, he faced criticism for being a slave trader. He did not free his slaves in his will. 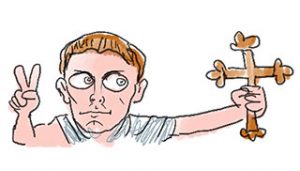 Which ruler ‘Christianized’ the Roman Empire?

Constantine the Great (272 AD – 337 AD), also known as Constantine I, was a Roman Emperor who ruled between 306 and 337 AD. Constantine was the first Roman emperor to convert to Christianity. Although he lived much of his life as a pagan, and later as a catechumen, he joined the Christian faith on his deathbed, baptized by Eusebius of Nicomedia. He played an influential role in the proclamation of the Edict of Milan in 313, which declared religious tolerance for Christianity in the Roman Empire. He called the First Council of Nicaea in 325, which produced the statement of Christian belief known as the Nicene Creed. The Church of the Holy Sepulchre was built on his orders at the purported site of Jesus' tomb in Jerusalem and became the holiest place in Christendom. He has historically been referred to as the "First Christian Emperor," but some modern scholars debate his beliefs and even his comprehension of the Christian faith itself.

Augustus: Great-nephew and adopted son of Julius Caesar; became de facto emperor as a result of the 'first settlement' between himself and the Roman Senate.

Caligula: Great-nephew and adoptive grandson of Tiberius; natural son of Germanicus; great-grandson of Augustus. He ruled 3 years, 10 months and 6 days; death at 28 from assassination in a conspiracy involving senators and Praetorian Guards.

Claudius: Uncle of Caligula; brother of Germanicus; nephew of Tiberius; great-nephew and step-grandson of Augustus; proclaimed emperor by the Praetorian Guard. He ruled 13 years, 8 months and 18/19 days; death at 63 from possible poisoning by his wife Agrippina the Younger, in favor of her son, Nero.

Hadrian: Father was of senatorial rank and was a first cousin of Emperor Trajan. He was born Publius Aelius Hadrianus in Italica, Hispania Baetica, into a Hispano-Italic family that settled in Spain from the Italian city of Atri in Picenum. He ruled 20 years, 10 months and 30 days; death at 62 from natural causes.

Nero: Great-nephew, stepson, son-in-law and adopted son of Claudius; nephew of Caligula; great-great-nephew of Tiberius; grandson of Germanicus; great-great-grandson of Augustus. He ruled 13 years, 7 months and 27 days; death at 30 due to suicide after being declared a public enemy by the Senate.