Was Mozart left-handed?  Is Belize home to 5% of the world’s biodiversity? These and more are in our new Global Trivia game, Part 16.

You have completed Global Trivia 16. 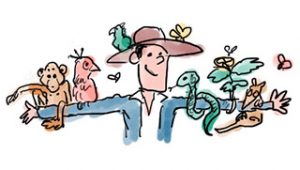 This nation, island or territory consists of .03% of the earth’s land mass, but is home to 5% of its biodiversity.

Costa Rica, the alluring Central American nation of five million Ticos (citizens), consists of just 0.03% of the earth’s landmass, but is home to 5% of its biodiversity. Because Costa Rica is located between 8 and 12 degrees north of the Equator, the climate is tropical year round. However, the country has many microclimates depending on elevation, rainfall, topography and by the geography of each particular region. Statistics tell us that Costa Rica has a bounty of 230 mammal species, 890 bird species, 220 reptile species, 35,000 insect species and 9,000 plant species. Virtually half the nation consists of national parks, nature and wildlife reserves. 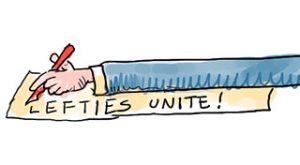 Name the one person WHO IS NOT left-handed.

Left-handed people make up only about 10 percent of the population. But that 10 percent has made quite an impact. In recent years, psychologists have hypothesized that - rather than being a sign of malady or evil - being left-handed may actually be a sign of a strong right brain and, as such, superior language skills and creativity. The fact that Steve Jobs and Bill Gates are both lefties certainly supports that theory.

Jimi Hendrix played guitar upside down and backwards. The six-string revolutionary favored a right-handed Fender Stratocaster, slung upside-down across his shoulders, that didn’t even need to be restrung. Hendrix taught himself how to hit the strings in reverse order, producing a unique sound and allowing him to alternate between left- and right-handed playing if he so desired. (He could play right-handed but generally preferred not to).

Being left-handed can be an advantage for pianists. Wolfgang Amadeus Mozart was known to be ambidextrous (which would be even better for pianists than just being left-handed), but he may well have been born with a preference for his left hand and forced to learn to use his right hand.

Napoleon Bonaparte was left-handed, therefore his armies had to march on the right so he could keep his sword arm between him and the advancing enemy.

In the past hundred years, the U.S. presidency has veered more and more to the left — not in policy, but in handedness. Barack Obama is the latest to join a long list of left-handed presidents from the 20th century: James Garfield, Herbert Hoover, Harry Truman, Gerald Ford, Ronald Reagan, George H.W. Bush and Bill Clinton were all southpaws.

Babe Ruth is baseball’s most decorated left-handed player But few people realize that early in his career, Ruth was also one of the game’s élite pitchers. Between 1915 and 1919, he won 85 games (plus three World Series contests) while notching an ERA of 2.02, before the Boston Red Sox decided he’d be more valuable at the plate.

Leonardo da Vinci took his sinistrism to an extreme: he wrote from right to left. Historians have plenty of creative theories to explain this so-called “mirror writing” — named because you had to hold it up to a glass to read it. For example: perhaps he was trying to make it harder for people to sneak a peek at his notes and lift his ideas. One argument, however, is less fanciful but perhaps more logical: writing in ink from left to right was too messy because Leonardo was a southpaw. Some historians have suggested that da Vinci’s left-handedness added to his genius, because it forced him to think and see in an extraordinary way. (If so, he wasn’t alone: fellow left-handers include rival Renaissance titans Michelangelo and Raphael.) 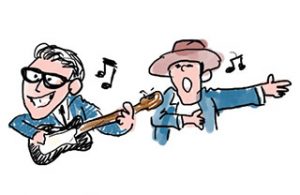 "That'll Be the Day," the title of the Buddy Holly and Jerry Allison 1956 composition, was taken from the phrase repeatedly used by the lead character in this John Ford film.

Question 3 :
B. The Searchers

In June 1956, Buddy Holly, Jerry Allison and Sonny Curtis went to see the movie The Searchers, starring John Wayne, in which Wayne repeatedly used the phrase "That'll Be the Day." This line of dialogue inspired the young musicians,  Buddy Holly and Jerry Allison to compose the song, "That'll Be the Day." It was first recorded by Buddy Holly and the Three Tunes in 1956, and was re-recorded in 1957 by Holly and his new band, the Crickets. The 1957 recording achieved widespread success. Holly's producer, Norman Petty, was credited as a co-writer, although he did not contribute to the composition.Many other versions have been recorded, including the first song recorded by the Quarrymen, the skiffle group that evolved into the Beatles. 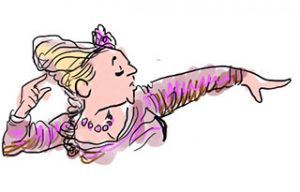 What was the nationality of Russian Empress Catherine the Great?

Catherine the Great (II) wasn’t Russian, and her name wasn’t even Catherine. The woman whom history would remember as Catherine the Great was Russia’s longest-ruling female leader. Born in 1729, Sophie von Anhalt-Zerbst was the eldest daughter of an impoverished Prussian (now Germany) prince. In 1744, 15-year-old Sophie was invited to Russia by Czarina Elizabeth, a daughter of Peter the Great who had assumed the Russian throne in a coup just three years earlier. The unmarried and childless Elizabeth had chosen her nephew Peter as heir and was now in search of his bride. Sophie, well-trained by her ambitious mother, made an immediate impact on Elizabeth, as well as her intended husband. Catherine the Great was known more for her affairs of the heart than for affairs of state, but nevertheless greatly expanded Russia’s empire. The earlier Catherine I,  later as Marta Samuilovna Skavronskaya, was born in what is today’s Poland,  1684 –1727. She was the second wife of Peter the Great and Empress of Russia until her death. 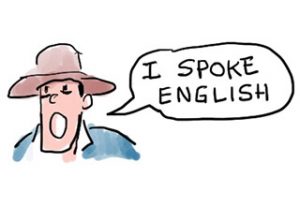 Name the Oscar-winning performer WHO DID NOT speak primarily a foreign language in the film.

Despite winning an Oscar for best actor in Gandhi, Kingsley spoke English in the title role