What is the birthplace of coffee? Name the Bob Dylan song considered a parody of Bruce Springsteen compositions. These questions and more are in our 36th installment of Traveling Boy’s Global Travel Trivia game.

You have completed Global Trivia 36. 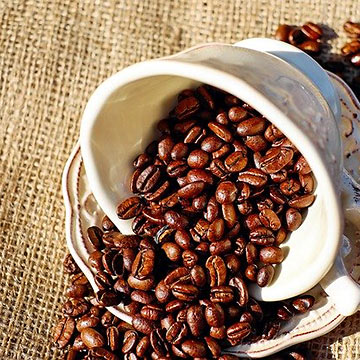 Name the birthplace of coffee

Abyssenia, now modern day Ethiopia, is considered the birthplace of coffee. Ancient Ethiopian history tells us that around the year 850, there was a goatherd by the name of Kaldi, responsible for discovering the now famous plant and introducing it to Abyssenian culture. He saw his goats eating coffee cherries. Afterwards, he observed a change in their behavior, gaining  a high amount of energy and unable to sleep at night.

Upon his arrival at a local monastery, the goatherd presented the coffee berries to the head Monk, ecstatically exclaiming the effect that these berries had: he’d never felt so elated in thought and body after trying one! The head Monk grabbed the berries from Kaldi’s outstretched hand and threw them into the fire, deeming them the “Devil’s work.”

Within moments, the chamber was filled with the smell of roasting coffee. This brought other Monks out to investigate what was making the indelible aroma.

Intrigued, the curious Monks raked the coffee beans from the fire and crushed them in order to put out the molten embers. The Monks poured hot water  over the now powdered coffee. The Monks stayed up all night drinking this new concoction, vowing to always drink it in order to stay awake for their nocturnal devotions. News of this event spread, and soon coffee was consumed throughout the country.

Coffee was introduced to the trade world in 1454 when the Mufti of Aden visited Ethiopia and sampled the beverage. Claiming that the drink had cured him of some affliction, his approval carried so much weight amongst his men that soon word of mouth spread like wildfire. His men introduced coffee to the ports in Yemen and Mecca - and coffee was seemingly on the menu everywhere. 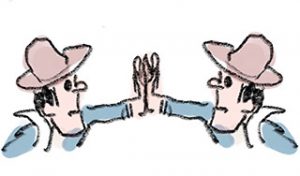 Name the actor who DID NOT play two different characters in the same film.

Barbra Streisand  has never played more than one character in a film, but her résumé is immensely impressive: a vocalist, stage and screen performer, film director and producer, and winner of five Emmy awards. After her splashy debut on Broadway in 1962’s I Can Get It For You Wholesale, Barbra Streisand played entertainer Fanny Brice in the 1964 Broadway musical Funny Girl. Her 1965 television special, My Name is Barbra, won five Emmy awards and made her a small-screen star. In 1968 she went herself one better, winning the best actress Oscar for William Wyler‘s film version of Funny Girl. A legendary case of stage fright kept Streisand from performing publicly for the next two decades, but in those years she remained a top star in recording and movie studios. She wrote, directed and starred in 1983’s Yentl and 1991’s The Prince of Tides (with Nick Nolte). In 1986 she began singing in public again, and in 1998 she married actor James Brolin. As of 2009, she had won more gold records than any other performer in history and the top-selling female artist in American music recording history.  While not making movies or singing, Streisand kicks up dust in the political arena as an outspoken Democrat.

The following played more than one character in the below films. 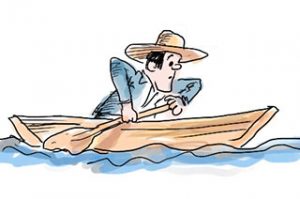 Although most of us recognize the Nile as the lifeline of Egypt, the Nile is, in fact, an international river shared by 11 countries in Africa. However, it is the main source of water in two countries: Egypt and Sudan. The Blue and the White Nile are the two tributaries of the river with the latter having a greater length than the former. The source of the White Nile is not yet fully determined but is believed to be somewhere in Burundi or Rwanda. According to some reports, Lake Victoria is considered to be the source of the White Nile which is, in turn, fed by the Kagera River whose two major tributaries are the Ruvyironza and the Nyabarongo rivers of Burundi and Rwanda, respectively. The Kagera is formed at the confluence of these two rivers near the Tanzania-Rwanda border. The Blue Nile has a more defined origin in Lake Tana in Ethiopia. The two tributaries meet near the Sudanese capital of Khartoum. The Nile River’s final course is through Egypt before it forms a delta and drains into the Mediterranean Sea. According to the USGS, the length of the Nile River is 4,258 miles. It is the longest river in the world as well as the longest river in Africa.

The Amazon River is undoubtedly the largest river in the world by discharge volume of water. However, its position as the second-longest river in the world is highly disputed as the title has for long been granted to the Nile River in Egypt. The dispute arises from the determination of the origin of the Amazon. Until now, the headwaters of the Apurímac River were considered to be the origin of the Amazon River. However, a recent 2014 study claims that the origin of the Amazon can be traced to the Cordillera Rumi Cruz from where Peru’s Mantaro River originates. This river then confluences with the Apurímac River (whose headwaters were earlier regarded as the source of the Amazon) and then other tributaries join the river downstream to form the Ucayali River which finally confluences with the Marañón River to form the main stem of the Amazon River. However, critics of this measurement point out that the study has not been published.

This is the world’s fifth-longest river system and the largest draining into the Arctic Ocean. The Selenge River is regarded as the headwaters of this river system. The Selenge River is 992 km long and drains into Lake Baikal. The Angara river rises from Lake Baikal near Listvyanka and flows through the Irkutsk Oblast of Russia and finally joins the Yenisei River near Strelka. The Yenisei finally drains into the Arctic Ocean. The total length covered is 5,539 miles. 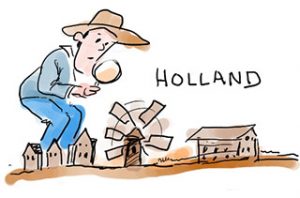 Is Holland a nation? 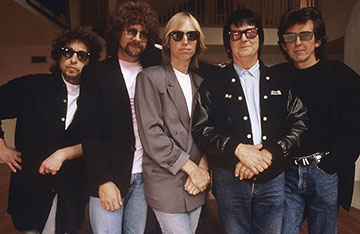 This Traveling Wilburys’ song by Bob Dylan is considered a parody of Bruce Springsteen compositions.

Listen to the song