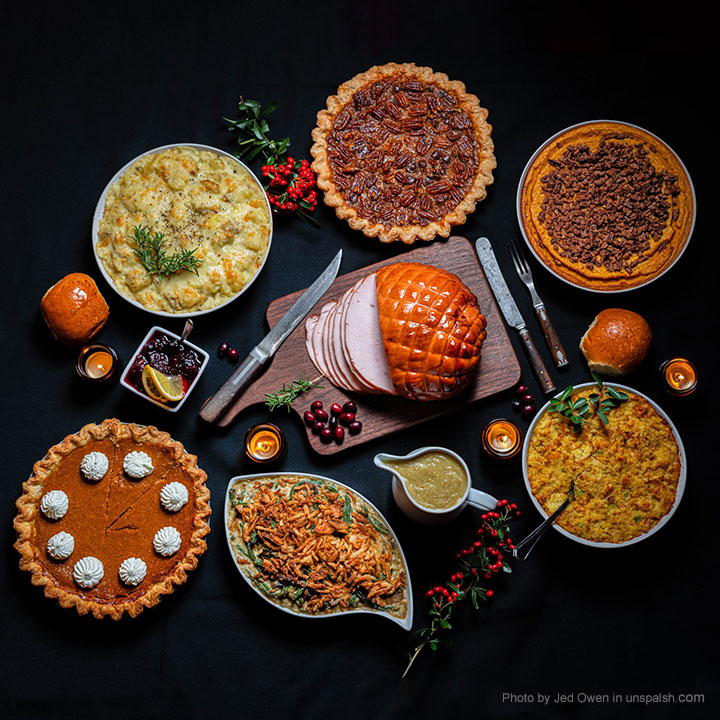 No one will see your answers except for you. - EB 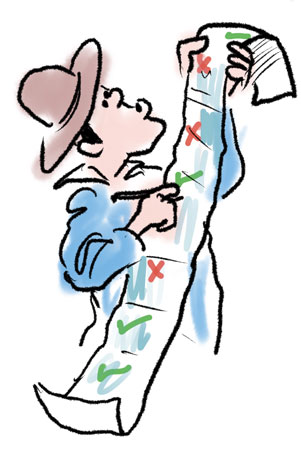 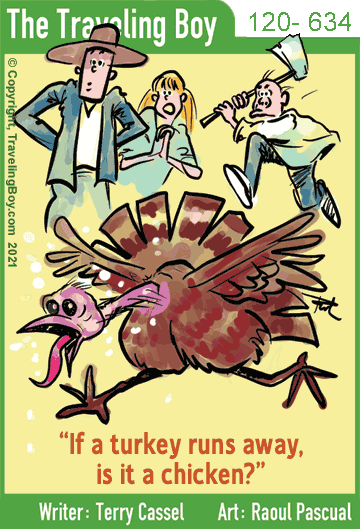 Your answers are highlighted below.
Meleagris gallopavo is a wild upland ground bird that was domesticated in Central America around 800 B.C.
Question 1 : 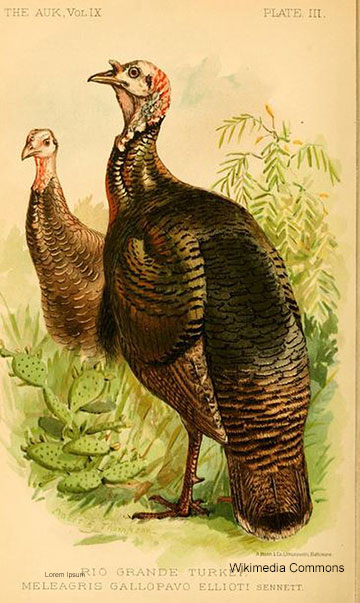 The wild turkey (Meleagris gallopavo) is a type of ground bird native to the north and eastern American region and Mexico. They form one of two species of turkeys that are still in existence.

When these European invaders arrived in what is today’s Mexico, they encountered the already-domesticated large fowl.
Question 2 : 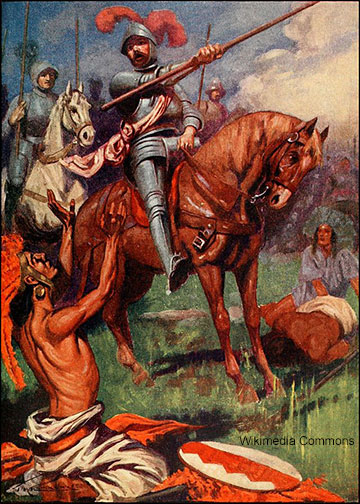 Cortés the Killer and the Spanish Conquistadors arrival at Tenochtitlán in present-day Mexico (1619). Over 240,000 Aztecs were killed in the campaign, and more than three million died from European diseases in which they had no immunity.

They were named ‘Turkey coqs’ (Turkey cocks) by Europeans during the Columbian Exchange due to their appearance similar to a guinea fowl, which were initially brought into Europe by Turkish merchants.
Question 3 : 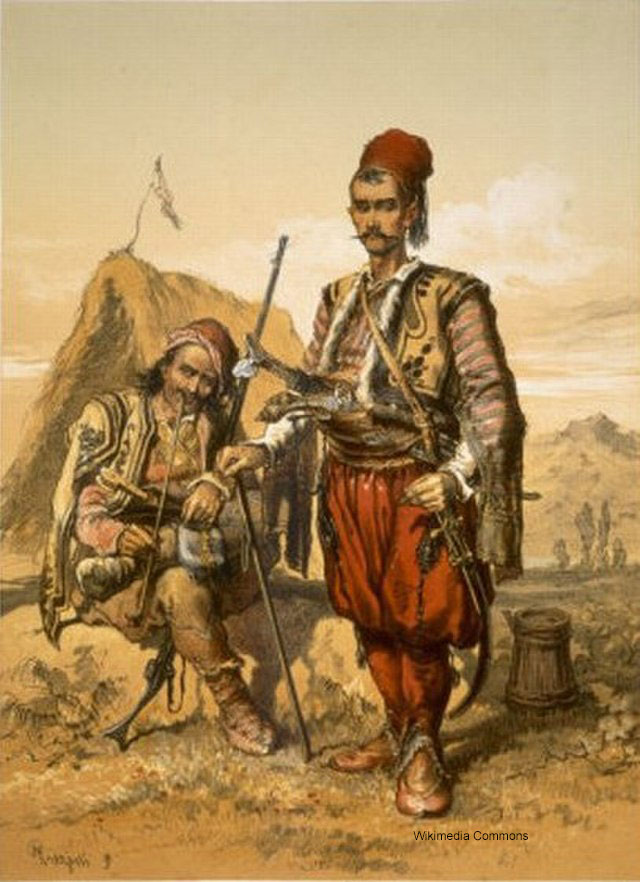 By 1541, the Turkey Bird had arrived in England during the peak of the Turkish Ottoman Empire. The English gave the Turks credit for any number of new imports: maize was Turkish wheat, and pumpkins were Turkish cucumbers—though both were actually New World plants. To paraphrase Cindy Ott in her 2012 book,Pumpkin: The Curious History of an American Icon:“If it was exotic, chances are it got a Turkish appellation.” As time passed, ‘turkey-cocks’ simply became known as turkey.

The first Thanksgiving was shared between the Pilgrims and the various tribes of the Wampanoag people (also known as the People of the First Light) in 1621, and became an annual celebration to give thanks each following year in the colonies and later the U.S.
Question 4 : 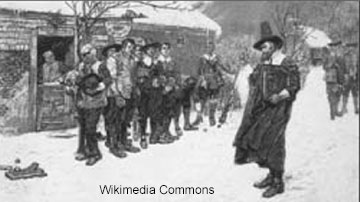 The first Thanksgiving did not create a yearly tradition among the Pilgrims and Wampanoag Tribal Nation. Partly because the following year was a poor one and because many new Pilgrims settlers had arrived. Plus, there was friction, including violence, with the Wampanoag Tribal Nation as the new settlement continued to spread out. The Tribal Nation was already weak, two out of three had already perished, due to the spread of European diseases brought by the Spanish a century earlier. And, because of the arrival of more disease-carrying Pilgrim settlers, the death toll continued. Modern scholars have argued that the complete Wampanoag Tribal Nation may have been killed off by those very diseases. Thanksgiving became a celebration that was only observed occasionally over the following centuries. However, thanks to the Revolutionary War most of the former colonial U.S. celebrated Thanksgiving together in 1777. 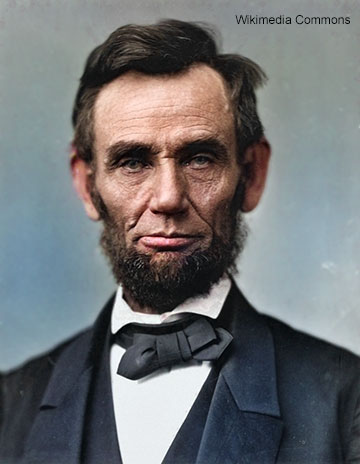 It wasn’t until 1863 when Abraham Lincoln declared the last Thursday in November as an U.S. Thanksgiving holiday that the tradition really became part of U.S. culture. Lincoln was convinced that a nationally celebrated Thanksgiving holiday would unite the country in the aftermath of the Civil War. The only other change was when Franklin Roosevelt changed the date to the fourth Thursday in 1939.

What wasn't served at the first Thanksgiving?
Question 5 : 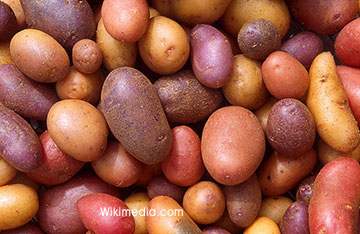 The potato was first domesticated in southern Peru and northwestern Bolivia by pre-Columbian farmers, around Lake Titicaca. Public Domain.

There are only two surviving documents that reference the original Thanksgiving harvest meal. They both describe a feast of freshly killed deer; assorted wildfowl, fish and shellfish, and a native variety of corn harvested by the Wampanoags, which was eaten as a corn porridge.

There were no mashed potatoes, since white potatoes had not yet crossed over from the Peruvian Andes in South America. There was no gravy either, since the colonists didn’t yet have mills to produce flour. There was no sweet potato casserole, since tuberous roots had not yet been introduced from the Caribbean. Only 5% of the food items that were served at the First Thanksgiving made its way to the North American table of today.

Turkey might not have been the centerpiece at the first Thanksgiving, but it's a possibility that the colonists and the Wampanoag did eat wild turkeys. As Governor William Bradford wrote at the time (via Smithsonian Magazine), And besides waterfowl there was great store of wild turkeys, of which they took many, besides venison, etc. 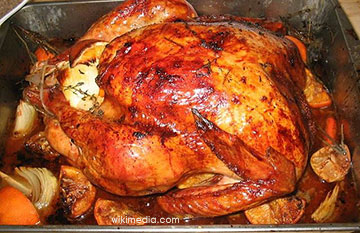 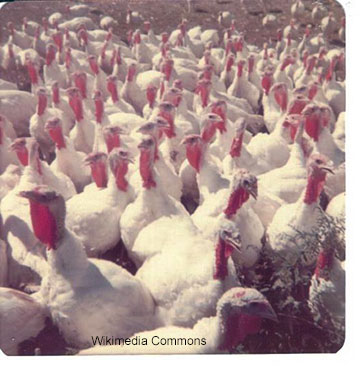 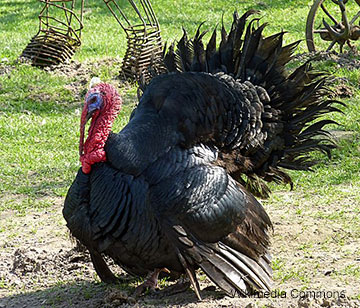 Once you are finished, click the button below. Any items you have not completed will be marked incorrect. Get Results
There are 5 questions to complete.
Return
Shaded items are complete.
Return
You have completed
questions
question
Your score is
Correct
Wrong
Partial-Credit
You have not finished your quiz. If you leave this page, your progress will be lost.
Correct Answer
You Selected
Not Attempted
Final Score on Quiz
Attempted Questions Correct
Attempted Questions Wrong
Questions Not Attempted
Total Questions on Quiz
Question Details
Results
Date
Score
Hint
Time allowed
minutes
seconds
Time used
Answer Choice(s) Selected
Question Text
All done
Need more practice!
Keep trying!
Not bad!
Good work!
Perfect!