Which Pope banned all clerical marriages?  What is a Berliner? These questions and more are in our 20th installment of Traveling Boy’s Global Travel Trivia game.

You have completed Global Trivia 20. 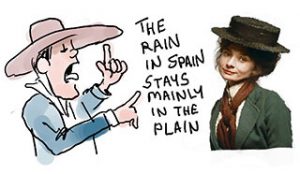 Name the country where English is NOT an official language 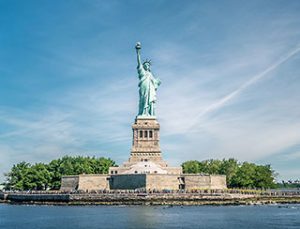 Although English is taught in schools and used everywhere in the country, the United States actually has no official national language. According to the CIA World Factbook, “English has acquired official status in 32 of the 50 states; Hawaiian is an official language in the state of Hawaii, and 20 indigenous languages are official in Alaska.”

Belize is the only English-language-official country in Central America. English is not the only language spoken in Belize — nearly half of the population is fluent in an impressive three languages: English, Spanish, and Kriol. Although Belize was first settled by the Maya around 1500 B.C.E, the country was colonized by the British in the 1600s and eventually became the Colony of British Honduras, which is why English wound up as the official language. In 1981, Belize won full independence, but the official language of English stuck.

Botswana has both an official language (English) and a national language (Setswana), and you’ll find both spoken throughout the country if you visit. English is used for official documents and formal written communications, whereas Setswana is primarily used as a spoken language. Including English and Setswana, there are over 30 different languages spoken throughout diverse Botswana.

India has two national languages — English and Hindi. There are also 22 other officially recognized languages that are used by sections of the population, including Bengali, Punjabi, and Urdu. However, just because English is an official language doesn’t mean you can expect everyone you meet in the country to speak it. According to one report, only about 30 percent of Indian residents speak English.

Zimbabwe holds the Guinness World Record for the country with the most official languages, clocking in at 16. English is one of those languages, as are Chewa, Chibarwe, Kalanga, Koisan, Nambya, Ndau, Ndebele, Shangani, Shona, sign language, Sotho, Tonga, Tswana, Venda and Xhosa. 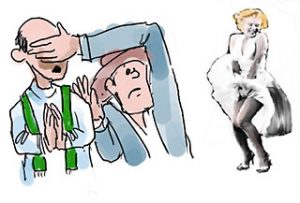 Which Pope issued a decree against all clerical marriages in the Catholic Church?

Pope Gregory VII (Latin: Gregorius VII; c. 1015 – 25 May 1085), born Hildebrand of Sovana (Italian: Ildebrando da Soana), was pope from 22 April 1073 to his death in 1085. He enacted many reforms such as reversing centuries of civil control over church affairs and giving the pope of Rome full sovereignty over all church affairs in the West. He promoted a more saintly episcopacy and priesthood and fought against simony, the buying and selling of church office. He introduced the legislation that locked in the observance of celibacy, despite frequent debates over the issue. He decreed the Roman rite for all of Europe and established Nov. 1 as All Saints’ Day. He lifted the excommunication of Emperor Henry IV in 1077 after the emperor did public penance of walking barefoot in the snow.

The practice of priestly celibacy began to spread in the Western Church in the early Middle Ages. In the early 11th century Pope Benedict VIII responded to the decline in priestly morality by issuing a rule prohibiting the children of priests from inheriting property. A few decades later Pope Gregory VII issued a decree against all clerical marriages.

But the belief that religious figures should be celibate began long before the birth of Christianity. Ancient Druid priests were thought to have been celibate and Aztec temple priests were expected to remain sexually abstinent. Other pre-Christian sects mandated that the people chosen for their sacrificial offerings must be pure, meaning that they had never engaged in sex.

Jesus lived a chaste life and never married and at one point in the Bible is referred to as a eunuch (Matthew 19:12), though most scholars believe that this was intended metaphorically. The implication was that Jesus lived a celibate life like a eunuch.  Many of his disciples were also chaste and celibate. Paul, in his first letter to the Corinthians, recommends celibacy for women:  "To the unmarried and the widows I say that it is well for them to remain single as I do. But if they cannot exercise self-control, they should marry. For it is better to marry than to be aflame with passion." (1 Cor. 7:8-9) But the early Christian church had no hard and fast rule against clergy marrying and having children. Peter, a Galilee fisherman, whom the Catholic Church considers the first Pope, was married. Some Popes were the sons of Popes. But that all ended with Gregory VII. 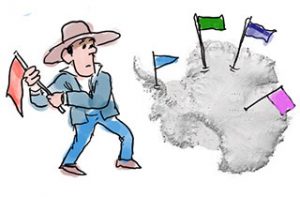 Name the nation that DOES NOT have territorial claims in Antarctica

There are seven sovereign states who have territorial claims in Antarctica: Argentina, Australia, Chile, France, New Zealand, Norway and the United Kingdom. These countries place their Antarctic scientific observation and study facilities within their respective claimed territories; however, a few nations have facilities located outside of the claimed territories such as Russia and the United States, which have no claims. Antarctica has traditionally been the preserve of scientists and polar explorers – including Earnest Shackleton, Robert Scott and Roald Amundsen – but today as many as 40,000 hardy tourists arrive on the continent annually to marvel at the frozen wilderness. According to the Antarctic Treaty, which came into force in 1961, Antarctica is designated as a “natural reserve, devoted to peace and science,” which must always be put before territorial disputes. 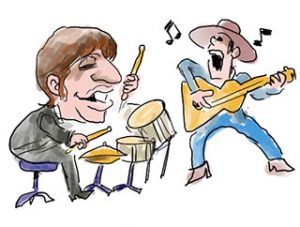 Name the Liverpool band in which Ringo Starr played drums before joining the Beatles. 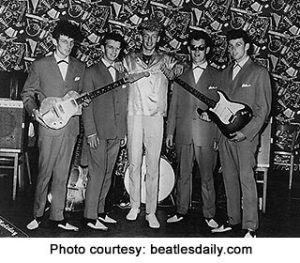 Born in Liverpool in 1942, Alan Caldwell took the name Rory Storm when he formed his own rock band, Rory Storm & the Hurricanes. In 1962, they were the most popular band in Liverpool with more fans than their friends, the Beatles.  It is widely believed that an upstart singer Rod Stewart, who saw Rory perform many times in the early days, "stole" the singer's trademark persona and found success of his own with well-choreographed moves on stage and flaunting his blonde hair. Rory would indirectly make history when he advised his drummer, Ritchie Starkey, to change his name to "Ringo" because of the drummer's penchant for wearing rings. Ringo Starr had to fill in many times for original Beatle drummer, Pete Best. When Best was forced to leave the Beatles – believed to be due to an inferior drumming style – Ringo was the unanimous choice to replace him.

With the explosion of Beatlemania, other groups out of Liverpool, such as Gerry & the Pacemakers, The Searchers and Billy J. Kramer & The Dakotas achieved success. However, Rory and his band fell on hard times and were constantly passed over for a recording contract.

Rory had to deal almost on a daily basis with the Beatles' success because his sister Iris was Paul McCartney's girlfriend, before and after the Beatles’ success. Even after the couples’ break-up, Paul kept in touch regularly with Rory's mother, Violet Caldwell. In fact, when Paul wrote Yesterday, the first person he called was Violet to sing it to her over the phone.

Some followers of the Liverpool club scene prior to 1962 believe that Rory Storm was just as talented as any of the acts that found fame in the "British Invasion." Success was all around Rory Storm for many years, but life dealt him an unfortunate hand. 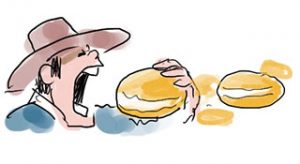 A Berliner is Berlin’s most traditional pastry, similar to a doughnut with no central hole. It is referred to by many different names throughout the world, BUT what do Berliners call a Berliner?

Although not necessarily unique to Berlin, a Pfannkuchen is made from sweet yeast dough fried in fat or oil, with a with jelly or custard filling, and usually covered in sugar or icing. It is basically a round doughnut filled with jelly or custard and. It has an equivalent in almost every country, region or city: