What do you know about the Industrial Revolution? How about the Columbian Exchange? These subjects and more are addressed in Traveling Boy’s 21st installment  of our Global Trivia Game. No one will see your answers except for you.

You have completed Global Trivia 21.

What nation leads the world in polluting the oceans with plastic waste?

Name the food item not found in the pre-Columbian Americas.

Watermelon (Citrullus lanatus) is a plant species in the family Cucurbitaceae, a vine-like flowering plant originating in West Africa. It is a highly cultivated fruit worldwide, having more than 1000 varieties. There is evidence from seeds in Pharaoh tombs of watermelon cultivation in Ancient Egypt.

The discovery of the New World by Columbus began what became known as the Columbian Exchange. This was an exchange of people, plants, animals and disease across the Atlantic Ocean. The Europeans were the main beneficiaries of this exchange. Europe received new crops of corn and potatoes which greatly improved European diets. Native  Americans, however, suffered from the exchange of germs, to which they had never been exposed. As a result, it is estimated that as many as 90% of Native Americans died from small pox and other diseased brought by the Europeans. The changes in agriculture significantly altered global populations. The most significant immediate impact of the Columbian exchange was the cultural exchanges and the transfer of people (both free and enslaved) between continents. 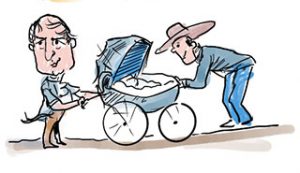 Eli Whitney is often considered the "father of American technology," due to this invention.

Eli Whitney was born in 1765 and grew up on a Massachusetts farm. During the Revolutionary War he manufactured nails to fill the demand caused by British embargos. Young Eli quickly learned how the marketplace worked, and diversified into hatpins and canes. It was his genius to observe what people needed, and to provide it.

After working his way through college at Yale, Whitney moved to South Carolina where he saw how hard it was to separate the green seeds from short-staple cotton. In 1793, he invented a machine that could do the task ten times faster than a single person (almost always a slave) doing the work by hand. The cotton gin revolutionized agriculture. It also made possible the cotton economy of the American South, perpetuating and increasing the practice of slavery upon which the agricultural system depended.

In 1798, Whitney, who had not seen much profit from his epochal machine, launched a new venture: arms manufacturing. Once again he observed carefully, noting a war scare with France, and delivered something necessary and innovative: arms that he claimed he could produce more efficiently with the help of machines. His idea of machine-made, interchangeable parts was the beginning of what would become known as the "American system" of mass production. Although other Americans would create this system in their industries, it was Whitney who popularized the idea and was instrumental in lobbying politicians to pass legislation to standardize arms production.

Spinning jenny was a spinning engine invented in 1764 by James Hargreaves. Able to be operated by unskilled workers, it was a key development in the industrialisation of weaving, as it could spin many spindles at a time.

Type-writer: In 1829 William Burt, an American inventor, patented the first type-writer which he called a ‘typographer’. Although it was dreadfully ineffective (actually proving slower to use than writing something out by hand), Burt is nonetheless regarded as the ‘father of the typewriter’. Thirty-eight years later the first modern typewriter was invented by Christopher Sholes. 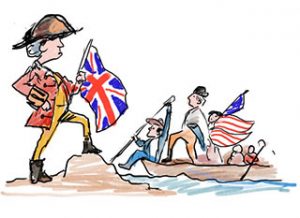 U.S. history has us believe that all British colonies in North America broke from the Crown, creating 13 different states that became the United States of America. Actually, there were a number who remained part of Great Britain. Name a former colony that did secede.

Maine did secede from Great Britain, but was then part of the Commonwealth of Massachusetts. Never-the-less Maine’s New Somersetshire Colony was established in 1629 by the British Crown before being absorbed into the Massachusetts Bay Colony in 1658. Maine was a center of Patriotism during the American Revolution, with less Loyalist activity than most colonies. Merchants operated 52 ships that served as privateers attacking British supply ships. On March 15, 1820, under the Missouri Compromise, Maine broke from Massachusetts and was admitted to the Union as the 23rd state. 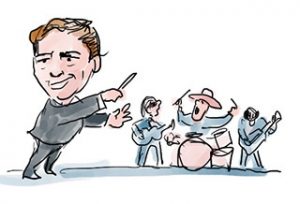 Name the Liverpool rock group or vocalist that Brian Epstein DID NOT manage. 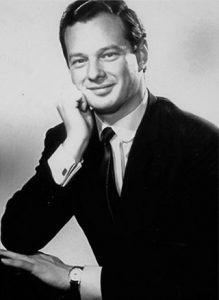 The Beatles' Brian Samuel Epstein was an English music entrepreneur, best known for managing The Beatles, but also managed Cilla Black, The Cyrkle, Billy J. Kramer & the Dakotas, The Silkie and Gerry & the Pacemakers.

Epstein first discovered The Beatles in November 1961 during a lunchtime Cavern Club performance. He was instantly impressed and saw great potential in the group. Epstein was rejected by nearly all major recording companies in London, until he secured a meeting with George Martin, head of EMI's Parlophone label. In May 1962, Martin agreed to sign The Beatles partly because of Epstein's conviction that the group would become internationally famous.

The Beatles' early success has been attributed to Epstein's management style, and the band trusted him without hesitation. In addition to handling the Beatles' business affairs, Epstein often stepped in to mediate personal disputes within the group.

Epstein gave The Pacemakers the same buff and shine he’d given to The Beatles, putting them in identical suits and smartening up their stage presentation. And when the The Beatles passed on recording “How Do You Do It” as their second single, it was given to The Pacemakers, who promptly scored the group’s first No. 1 when it was released in 1963. It was replaced at No. 1 by The Beatles’ “Please Please Me,” which was then replaced by the Pacemakers’ “I Like It” — a run of 14 straight weeks of acts managed by Epstein. The Merseybeat boom was under way.

Epstein’s management empire hit its peak in 1964, after the massive success of The Beatles, and early successes of Gerry & the Pacemakers, Cilla Black and Billy J. Kramer & the Dakotas. But as his roster continued to expand, success became increasingly elusive. Too many acts were being signed expecting the Esptein touch. He focused on The Beatles and often was unavailable to work with other groups, to their disappointment.

The Beatles' unquestioning loyalty to Epstein later proved detrimental, as the band rarely read contracts before signing them. Shortly after the song "Please Please Me" rose to the top of the charts in 1963, Epstein advised the creation of Northern Songs, a publishing company that would control the copyrights of all Lennon–McCartney compositions recorded between 1963 and 1973. Music publisher Dick James and his partner Charles Silver owned 51-percent of the company, Lennon and McCartney each owned 20%, and Epstein owned 9%. By 1969, Lennon and McCartney had lost control of all publishing rights to ATV Music Publishing. Still, Epstein's death in 1967 marked the beginning of the group's dissolution and had a profound effect on each Beatle.