Are you making an ethnic slur by saying you’ve been gypped? Is Wanderlust a form of Dromomania ? These questions and more are addressed in Traveling Boy’s 25th installment of Global Travel Trivia Games. No one will see your answers except for you.

You have completed Global Trivia 25. 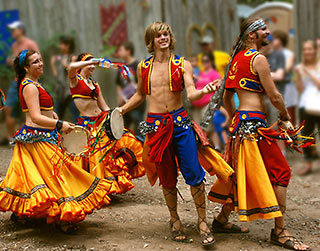 Why were the Romani people referred to as Gypsies in Europe and the Americas?

Question 1 :
E. The Romani people were called "Gypsies" because Europeans mistakenly believed they came from Egypt

Romani (also spelled Romany) colloquially known as Roma, are an Indo-Aryan ethnic group, traditionally itinerant, living mostly in Europe and the Americas. The Romani originate from the northern Indian subcontinent, from the Rajasthan, Haryana, and Punjab regions of modern-day India. They entered Europe between the eighth and tenth centuries. "Traveller" is also a common term used to describe Gypsy groups.

The Roma’s own supposed disposition to wander has been forcibly furthered by exile or deportation. Only 80 years after their first appearance in western Europe, they fell under the penalty of banishment in almost all the nations of western Europe. Despite their systematic exile, or transportation abroad, however, they continued to reappear in one guise or another back in the countries they had left.

Few people are aware that ‘gypped’ is a vulgar ethnic slur – meaning to defraud, swindle, cheat – derived from the name Gypsy. Another term used is “gypsy cab,” which is an unlicensed cab.

During World War II, the Nazis embarked on a systematic genocide of the Romani, a process known in Romani as the Porajmos. Romanies were marked for extermination and sentenced to forced labor and imprisonment in concentration camps. They were often killed on sight, especially by the Einsatzgruppen (paramilitary death squads) on the Eastern Front. The total number of victims has been variously estimated at between 220,000 and 1,500,000; even the lower figure would make the Porajmos one of the largest mass killings in history. Per ratio, no ethnic group suffered a greater number of deaths by the hands of the Nazis. 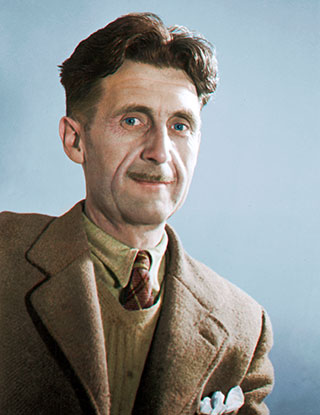 Name the literary work NOT written by George Orwell

Brave New World is a dystopian novel by English author Aldous Huxley, written in 1931 and published in 1932. Largely set in a futuristic World State, whose citizens are environmentally engineered into an intelligence-based social hierarchy, the novel anticipates huge scientific advancements in reproductive technology, sleep-learning, psychological manipulation and classical conditioning that are combined to make a dystopian society which is challenged by only a single individual: the story's protagonist. Huxley followed this book with a reassessment in essay form, Brave New World Revisited (1958), and with his final novel, Island (1962), the utopian counterpart. The novel is often compared to George Orwell's Nineteen Eighty-Four (1949).

Eric Arthur Blair (1903 – 1950), better known by his pen name George Orwell, was an English novelist and essayist, journalist and critic. His work is characterised by lucid prose, biting social criticism, opposition to totalitarianism, and outspoken support of democratic socialism.

As a writer, Orwell produced literary criticism and poetry, fiction and polemical journalism; and is best known for the allegorical novella Animal Farm (1945) and the dystopian novel Nineteen Eighty-Four (1949). His non-fiction works, including The Road to Wigan Pier (1937), documenting his experience of working-class life in the north of England, and Homage to Catalonia (1938),  an account of his experiences soldiering for the Republican (anti-Fascist) faction of the Spanish Civil War (1936–1939), are as critically respected as his essays on politics and literature, language and culture. In 2008, The British Times ranked George Orwell second among "The 50 greatest British writers since 1945." 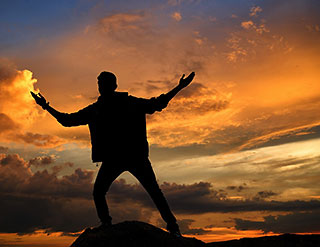 Is Wanderlust a form of Dromomania?

Travel addiction is a real thing and it's called Dromomania. Specialists refer to it as 'an abnormal impulse to travel. Studies have shown that people who spend their money on experiences, such as travel, tend to be happier in their life. They are more open minded and more creative people. The wanderlust DRD4-7R gene (a strong, innate desire to rove or travel about) affects the brain's dopamine levels, which in turn, shapes your behavior and motivation, leading to increased risk taking. An example of wanderlust is someone who, just after returning home from a two month trip, immediately starts planning their next one.

Dromomania was once a historical psychiatric diagnosis whose primary symptom was uncontrollable urge to walk or wander. It has also been referred to as traveling fugue state, usually involving unplanned travel or wandering, and is sometimes accompanied by the establishment of a new identity. In 2000, the Diagnostic Statistical Manual of Mental Disorders (DSM) added dromomania to its list: Clinical travel addiction. Sufferers, in extreme cases, had “an abnormal impulse to travel” and were “prepared to spend beyond their means, sacrifice jobs, lovers, and security in their lust for new experiences.”

The term dromomania is derived from combining the Greek dromos, meaning "running" with the root mania,  unusual enthusiasm without negative or medicalizing connotations.

Robert Louis Stevenson in Travels with a Donkey: "I travel not to go anywhere, but to go. I travel for travel's sake. The great affair is to move." Sounds like a case of wanderlust if we ever heard one. Those with "wanderlust" don't necessarily need to go anywhere in particular; they just don't care to stay in one spot. The etymology of wanderlust is a very simple one that you can probably figure out yourself. "Wanderlust" is lust (or "desire") for wandering. The word comes from German, in which wandern means "to wander," and Lust means "desire." 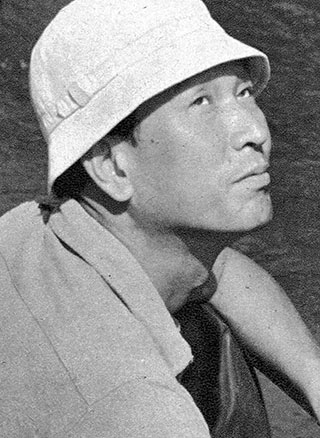 Name the Akira Kurosawa Japanese film NOT based on a foreign (non-Japanese) language novel, play, screenplay or film

Question 4 :
C. Stray Dog (1949), based on an original story and screenplay in Japanese by  Ryûzô Kikushima and Akira Kurosawa.

The Lower Depths (1957), is based on the Russian language play by Maxim Gorky.

Ran (1985) is based on the William Shakespeare play King Lear.

Throne of Blood (1957) is based on the William Shakespeare play, MacBeth.

Yojimbo (1961) Kurosawa stated that a major source for the plot was the 1942 film noir classic The Glass Key, an adaptation of Dashiell Hammett's 1931 novel The Glass Key. It has been noted that the overall plot of Yojimbo is closer to that of another Hammett novel, Red Harvest (1929).

They were also a number of remakes from Kurosawa films: The Outrage from Rashomon; The Magnificent Seven from Seven Samurai; and Sergio Leone’s Spaghetti Western, A Fistful of Dollars from Yojimbo. 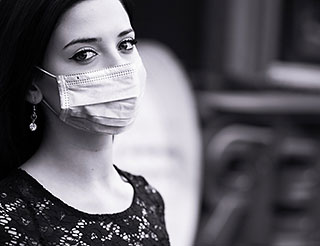 Well, I knew I’d get around to this: Name the Mary Shelley novel where a future world has been ravaged by a plague

Mary Shelley’s apocalyptic novel, The Last Man  was first published in 1826. The book tells of a future world that has been ravaged by a plague. The novel was harshly reviewed at the time, and was virtually unknown – having been eclipsed by Shelley's Frankenstein  – until a scholarly revival in the 1960s. It contains semi-biographical portraits of Romantic figures in Shelley's circle, particularly Shelley's late husband Percy Bysshe Shelley and Lord Byron.