Where did the expression Bully Pulpit stem from? What was America’s Second Pearl Harbor? These questions and more are addressed in Traveling Boy’s 24th installment of Global Travel Trivia Games. No one will see your answers except for you.

You have completed Global Trivia 24.

What does the expression ‘bully pulpit’ mean?

Question 1 :
B. An excellent platform to speak

A bully pulpit is a conspicuous position that provides an opportunity to speak out and be listened to. This term was coined by United States President Theodore Roosevelt, who referred to his office as a "bully pulpit," by which he meant a terrific platform from which to advocate an agenda.

For Roosevelt, bully was an adjective meaning "excellent" or "first-rate" — not the noun bully ("a blustering, browbeating person") that's so common today. 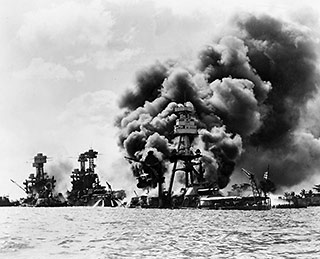 Most Americans assume that President FDR's speech, calling "December 7, 1941 a date which will live in infamy" pertained exclusively to the Empire of Japan's attack on Pear Harbor. But there were further Japanese attacks within hours on other U.S. Territories. Name the Japanese attack known as "America's Second Pearl Harbor." 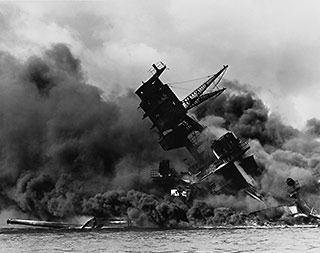 Tokyo's attack did not come as a total surprise: war had been in the air for months before December 8.

At 3 a.m. Philippine time on December 8, 1941, Gen. Douglas MacArthur was awakened by a telephone call informing him that the Japanese had attacked Pearl Harbor just an hour earlier.

At about noon in the Philippines, nearly two hundred Japanese Mitsubishi “Betty” bombers and “Zero” fighters struck Clark Field, America’s main military airbase in the Philippines. The attackers were supposed to arrive at the same time as the Pearl Harbor strike, to maximize surprise and catch American planes on the ground. But takeoff had been delayed by fog over their Taiwanese bases. Arriving at Clark Field after a grueling seven-hundred-mile flight, the tired Japanese pilots expected to find the skies swarming with American fighters, but the U.S. planes were still on the ground, parked wingtip to wingtip, perfect targets for bombs and machine-gun fire. Within minutes, the powerful U.S. air fleet at Clark Field — the backbone of America’s Philippine defenses — had been smashed.

It was a catastrophe almost as devastating as Pearl Harbor. Yet at least Pearl Harbor’s defenders could offer the tepid excuse that they had been caught by surprise tactically, if not strategically. On the other hand, American forces in the Philippines had been alerted nine hours before the Japanese struck. There would be much blame to go around. But the man who earned the most blame was Douglas MacArthur. 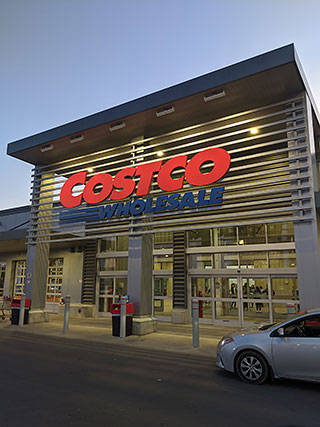 Question 3 :
D. Headquarters in Kirkland, WA.
(the other four answers are fictitious)

Costco was headquartered in Kirkland, Washington at the time it launched Kirkland as its house brand. It is now headquartered in Issaquah, Washington. Costco traces its history back to 1976, when Sol Price, a pioneer in warehouse club retailing, opened the first Price Club in San Diego in a converted airplane hangar. Originally serving only small businesses, the company found it could achieve far greater buying clout by also serving a selected audience of non-business members. With that change, the growth of the warehouse club industry was off and running. In 1983, the first warehouse location was opened in Seattle. When Costco and Price Club (corporate parent of Price Club) merged in 1993, the combined company, operating under the name PriceCostco, had 206 locations generating $16 billion in annual sales.

Costco became the first company ever to grow from zero to $3 billion in sales in less than six years.

Their operating philosophy has been simple: keep costs down and pass the savings on to members. The large membership base allowed tremendous buying power, resulting in the best possible prices for members. Since resuming the Costco name in 1997, the company has grown worldwide with total sales in recent fiscal years exceeding $64 billion. Costco has transformed the retail world as the world's first membership warehouse club, 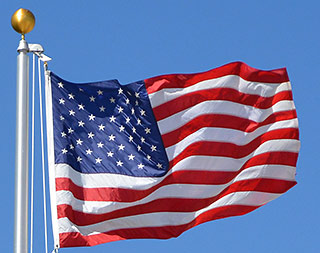 For the fourth year in a row WalletHub looked at the metrics in military and civic engagement to determine which states "bleed the most red, white and blue." Name the most patriotic state selected.

Based on their metrics, the top-five "most patriotic" states were New Hampshire, Wyoming, Vermont, Utah and Idaho.

According to the June 24 study, the states with the highest average number of military enlistees (apparently officers are excluded), Georgia ranked highest, followed by Alaska, South Carolina, Texas, and Alabama. On the opposite end of the spectrum, the states with the lowest rate of enlistment were: Minnesota, Vermont, Rhode Island, Massachusetts, with North Dakota at the bottom.

When it comes to a state's veteran population, Alaska took the lead, followed my Montana, Virginia, Maine and Wyoming. On the opposite end, the study lists Utah, Massachusetts, California, New Jersey and New York.

On the civic engagement side, the study looked at the share of adults who voted in the 2016 Presidential and Primary elections; the share of adults who took part in community groups, organizations, or volunteered, which included participation in AmeriCorps and the Peace Corps, as well as how often a state's residents actually answered their jury summons. 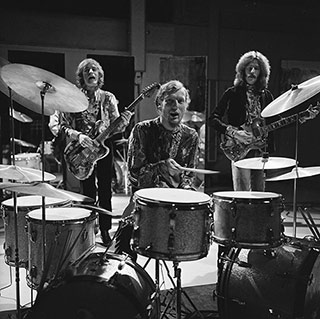 “Badge” was written by Eric Clapton and George Harrison. Harrison, who is listed on the album as "L'Angelo Misterioso," also played rhythm guitar on this, since Cream had only one guitarist: Clapton.

The title has nothing to do with the song. Clapton saw Harrison's notes for this, and misread "Bridge" as "Badge." He thought this is what Harrison named the song, so they used it for the title.

The lyrics are not intended to make sense. Many of them were taken from drunken conversations Harrison had with Ringo Starr.

Cream recorded this shortly before their final shows: two sold-out performances at Royal Albert Hall in England. It was one of three studio recordings on their last album; the rest of it was filled with live cuts.

Cream had broken up by the time this was released. Clapton was already working with his new group, Blind Faith.

This is one of the few Cream songs that Eric Clapton sang lead on, as Jack Bruce usually handled vocals. Also, this is the only Cream song to include 5 people: in addition to Clapton, Bruce, Baker and Harrison, Felix Pappalardi played the piano and Mellotron. Pappalardi was the producer of 3 of Cream's 4 albums (Disreali Gears, Wheels Of Fire, and Goodbye) and contributed by playing a wide variety of instruments on those albums.

Clapton ran his guitar through a Leslie speaker cabinet to create a swirling sound. The Leslie Cabinet contained a rotating paddle and was designed for organs, but many musicians tried it with guitars. Jimmy Page used the technique on "Good Times, Bad Times."

The song titles were written on tombstones inside the album, leaving little doubt that it was their last.

Clapton had played on Harrison's album Wonderwall the previous year, and on The Beatles' "While My Guitar Gently Weeps," which was released the same month as this.

Harrison was later asked if “Badge” was about heroin. He replied, “No, it’s about a badge.”

Listen to it now