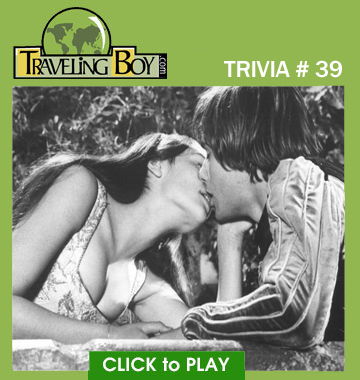 Is there a real balcony in Verona where Romeo and Juliet kissed?

The “Equality State” is the motto of this U.S. State. Where does the word “Poutine” stem from? These questions and more are in our 39th installment of Traveling Boy’s Global Travel Trivia game.

You have completed Global Trivia 39. 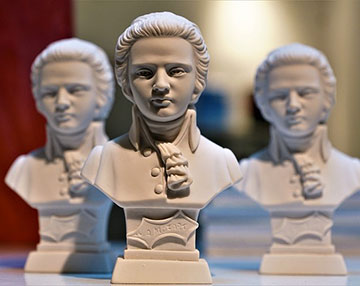 Name the opera NOT written by Wolfgang Amadeus Mozart.

Giuseppe Fortunino Francesco Verdi was an Italian opera composer. He was born near Busseto to a provincial family of moderate means, and developed a musical education with the help of a local patron. Verdi came to dominate the Italian opera scene after the era of Vincenzo Bellini, Gaetano Donizetti, and Gioachino Rossini, whose works significantly influenced him. 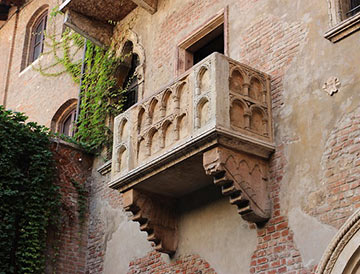 When was Juliet's balcony in Shakespeare’s Romeo and Juliet built?

English playwright William Shakespeare's iconic Romeo and Juliet remains a huge tourist attraction in Verona. Even though it's a work of fiction, visitors flock to Juliet's house in the city. The house itself is said to date back to the 13th century, but the famous balcony was only added in the 20th century. There is also no evidence Shakespeare visited Verona before or after writing the tragedy. 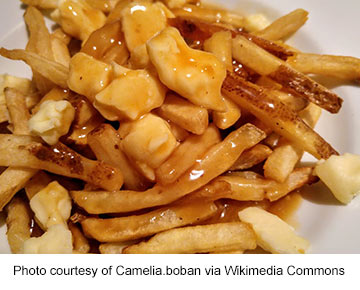 Where was poutine created?

Poutine is a hearty, heavenly combination of French fries and cheese curds smothered in gravy. The dish was invented in Canada’s Quebec province in the 1950s, though like many popular national dishes, its origins are somewhat unclear. Many accounts point to the farming town of Warwick in 1957, where a customer at L’Idéal restaurant ordered French fries and cheese curds (which are simply fresh, unaged cheddar cheese) together in the same bag because he was in a rush. He called it “poutine,” a Québécois slang word for “mess.” Later, the gravy was added in nearby Drummondville at Le Roy Jucep restaurant. Today, poutine is so ubiquitous in Canada that it appears on the menu at McDonald’s and Burger King, and you can even find it across the border in many U.S. cities. 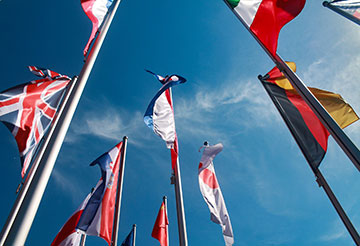 Name the oldest continuously used national flag in the world 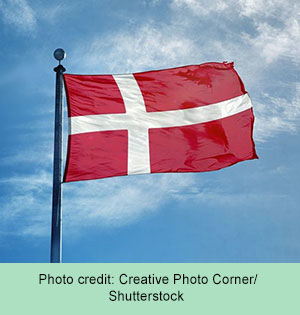 Denmark's flag might look simple, but there's more to it than meets the eye. This impressive flag is actually a Guinness World Record holder since it's. It was first adopted in 1625, which makes it nearly 400 years old. Still, some version of this flag was in use as long ago as the 1370s. The red and white flag can be spotted in a watercolor from 1585 and was flown during Denmark's naval battles against Sweden in the 1560s. As with other Nordic flags, the cross on the flag is a symbol of Christianity. Interestingly, the white-on-red design was used by the kings of Denmark as far back as the 14th century.

“The Equality State” is this U.S. state’s official moto.

As the first territory to give women the right to vote in 1869 and the first state to swear in a female governor in 1924, Wyoming has a long history to back up its nickname of the “The Equality State.” Wyoming’s official state motto, “Equal Rights,” adorns the state flag and state seal. But while the state may have had progressive views on women’s suffrage for the time, one reason they were the first state to pass the women’s vote was due to the state’s population size — or lack thereof. Without women being granted the vote, the state would have fallen short for the population requirement for statehood. But they did kick off a trend for women’s suffrage, with Utah, Washington, Montana, and Alaska soon following suit.

The Washington state motto "Al-ki" or "Alki" is Native American (Chinook) and in English it means "Bye and Bye" or "Hope for the Future."