Trivia Hodgepodge game. No one will see your answers except for you.

You have completed Global Trivia 57. 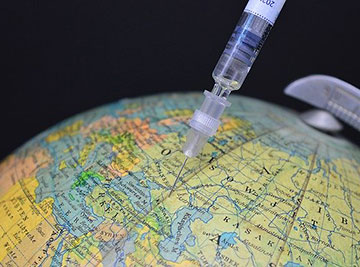 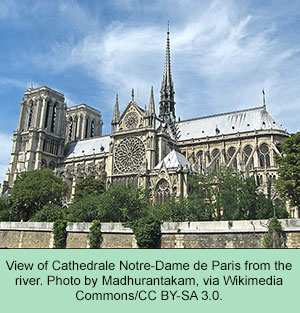 The wait is over: American travelers who have been fully vaccinated for COVID-19 may soon enter the European Union, the head of the European Commission said.

Fully vaccinated U.S. travelers should soon be able to bypass the more than year-long ban on travel to Europe, the head of the European Commission told The New York Times on April 25.

“This will enable free movement and the travel to the European Union,” she said.

Von der Leyen did not say exactly when the European Commission would formalize its recommendations to allow vaccinated Americans to bypass the current ban on travel to Europe. But other European leaders have indicated that this summer, if not sooner, is the goal.

France recently announced its intentions to open to Americans by summer and a handful of European countries have already started opening up to travelers who are either vaccinated or present negative COVID-19 test results, including Greece and Iceland.

“We are working hard to propose a very concrete solution, especially for U.S. citizens who are vaccinated,” French President Emmanuel Macron said in an April 18 interview on CBS’s Face the Nation. 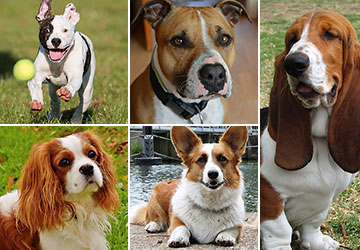 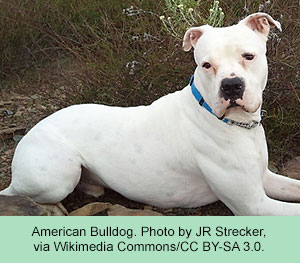 Bulldogs are loyal canines who think they’re lap dogs. At the very least, get ready for ample couch lounging and lazy afternoons with this dog. Also, get ready for slobbery kisses because they love showing affection.

The American Staffordshire terrier is a muscular dog who can look intimidating at first. Once you get to know them, you’ll realize how sweet and loyal they are. “Their empathy and owner focus is bar none,” says Briggs. This could be why they made our list of the best dogs for people with Autism.

Basset hounds may not show their affection as openly as bulldogs, but their loyalty is undying. They don’t need lots of activity and are content chilling on the sofa with you all day. This is an example of a breed known to be stubborn when it comes to training, but low maintenance in other areas, which works well for first-time owners.

“Fun, smart dogs that enjoy training” is how Briggs described Corgis. If that doesn’t sound like the ideal canine companion, we don’t know what does. Be sure to get outside for plenty of socializing (with other dogs and humans)!

Adaptable, affectionate, low-maintenance, social, soft, gentle. We could literally go on and on about the friendly Cavalier King Charles Spaniel. Briggs notes they’ve got a clown-like personality to boot! 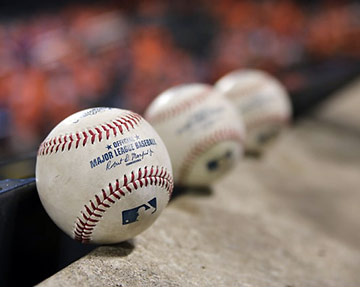 On April 15, 2004, Major League Baseball designated the day in observance of this baseball superstar.

Major League Baseball retired Jackie Robinson's number, 42, across all teams, and in 2004 it began the annual April 15 observance of Jackie Robinson Day. 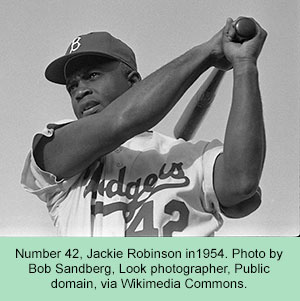 On April 15, 1947, more than 26,000 spectators at Brooklyn's Ebbets Field witnessed history as Jackie Robinson became the first Black player on a modern-era major league baseball team. (Three Black players played in the major leagues briefly in the 19th century before the color line was fully established.) Robinson endured racist resistance throughout his first season with the Brooklyn Dodgers, but the national pastime's color barrier was broken, and other players followed him within months. In 1997, Major League Baseball retired Robinson's number, 42, across all teams, and in 2004 it began the annual April 15 observance of Jackie Robinson Day.

I'm not concerned with your liking or disliking me... All I ask is that you respect me as a human being. – Jackie Robinson. 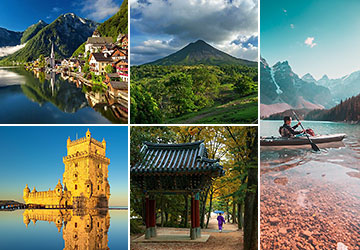 Name the best country for Americans who want to live abroad. 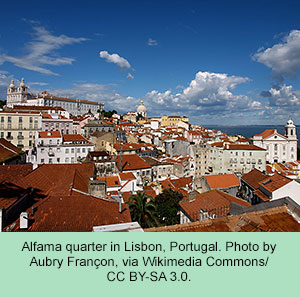 According to LILLY GRAVES, of Travel + Leisure the following are the 5 Best Countries for Americans Who Want to Live Abroad.

Editor's Note: Those who choose to travel are strongly encouraged to check local government restrictions, rules, and safety measures related to COVID-19 and take personal comfort levels and health conditions into consideration before departure.

The fashionable country due west of Spain is attracting young expats in recent years, particularly entrepreneurs, given its incredible value and welcoming business incentives that help stretch your hard-earned dollars. Take the second city of Porto, buzzing with modern and creative energy as a manufacturing and textile hub, with a slew of new designers who have made the city their home. Following decades of decline in the late 20th century, Porto's cobbled streets today are filled with cool cafes, restaurants, and boutiques selling goods from local weavers and ceramists. On a day off, take advantage of the city's art district, historic churches, and palaces, as well as the Douro River that leads to the oldest wine region in Europe (Alto Douro). Less than an hour from Porto is Portugal's third city, called Braga, which, for its part, offers a reduced tax rate for start-ups. Nicknamed the "Rome of Portugal" thanks to its Baroque architecture, Braga also offers attractive green spaces, international schools, and high-tech companies for qualified candidates. Further south is the Algarve coast with more than 300 sunny days per year for digital nomads, families, and retirees who enjoy life at the beach. You can also check out the nine islands in the Azores — some offer incentives to attract businesses and start-ups. No matter where you choose, you'll be hard-pressed to find a kinder nation to call home.

Relocating to well-trodden Costa Rica isn't a novel idea for anyone who has ever visited the country (and likely met a few friendly expats along the way), but there's a reason for its persisting popularity. Situated between the Pacific and Caribbean coasts, this utopic Central American nation wins people over with volcanoes, cloud forests, and exotic wildlife in the form of sloths, capuchin monkeys, and toucans. More than that, it's the Pura Vida ("Pure Life") philosophy for good living, which sums up this peaceful Spanish-speaking gem. Sweetening the deal, the country offers expats a straightforward residence program, affordable dental and healthcare, a stable democracy, and easy flights to the U.S. from two international airports. While the capital of San Jose has a notable food and arts scene, expats can head for either coast for long stretches of undeveloped beaches, seaside villages, surfing and yoga classes, neighborly expat communities, and business ventures often tied to eco-tourism. If you prioritize a healthy, laid-back lifestyle surrounded by natural beauty with an evergreen cool factor that is hard to imitate anywhere else, then this might be the place for you.

The country that invented K-Pop, K-barbeque, K-beauty, and 24-hour jjimjilbangs (Korean bathhouses), draws expats wanting to be a part of this living and breathing epicenter for popular culture. The sleek city of Seoul, Asia's third-largest economy, will surround you with killer restaurants, shopping, entertainment, night markets, and a high-tech scene with international workers who partake in the work-hard, play-hard mentality. Professionals based here will find tight-knit social groups and regular networking events for those looking to hob-nob over soju cocktails. But don't overlook Busan, South Korea's edgy second city with beaches, fresh fish, and an international film festival. (Fun fact: You can take a ferry to Japan from here.) No matter where you decide to live on the peninsula, enjoy access to rugged mountains and thousands of islands offering plenty of outdoor adventures like winter skiing and treks to 7th-century temples. South Korea is a safe place to live despite its close proximity to North Korea, but stay cognizant of the situation.

As President Biden recently put it to Prime Minister Trudeau, there is no closer friend to the United States than Canada. Regardless of who is — or isn't — in office, Canada remains a top contender for American expats for a number of reasons that may include affordable education, cultural diversity, stability, and countless adventures in the unspoiled natural wilderness. If seeking a job, consider the largest city of Toronto, often compared to the Big Apple, where the majority of Canada's work opportunities are located. There are plenty of other livable cities to choose from like Vancouver, surrounded by sea and mountains, which may include weekend trips to Tofino, a year-round surf town on the edge of the continent. Or Calgary, which is experiencing a renaissance with cool eateries, hip neighborhoods, and proximity to the best trails in the Canadian Rockies (Banff National Park is an hour away). Then there are the French-infused cities of Montreal and Quebec City in the east for those who want a slice of European living without the long flights. Depending on your circumstances, you can take your pick between several different ways to make the move; start by checking for eligibility if one of your parents or grandparents was born there.

This Central European country can have you hiking in the Alps in the morning and enjoying a performance in a famous opera house later that evening. Austria's capital, Vienna, has been recognized in Europe for its high quality of life and low crime rates, as well as an exciting food and wine scene, focused on organic, local ingredients. It's also a good choice for those looking for affordability, healthcare, and international schools. Further south is the youthful city of Graz, which offers its own version of Renaissance and Baroque architecture as well abundant parks and upbeat nightlife. Beyond all of the aforementioned pleasures of living in Austria, if the idea of being surrounded by Italy, Switzerland, Liechtenstein, Germany, Czech Republic, Slovakia, Hungary, and Slovenia gets your heart pumping, then you may have found your place. 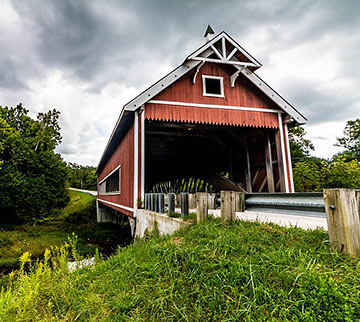 Name the U.S. state that has the most covered bridges. 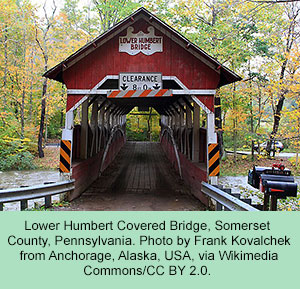 Of about 14,000 covered bridges that were once found across the US, fewer than 900 or so remain today, a quarter of which can be found in Pennsylvania.

The Cambron Covered Bridge, in the romance novel 'The Bridges of Madison County’ is located along a nature trail in Madison County, Alabama — not Iowa.

The bridge seen in the Clint Eastwood film, ‘The Bridges of Madison County,’ where the characters Francesca and Robert first meet, is the Holliwell Bridge in Winterset, Iowa.