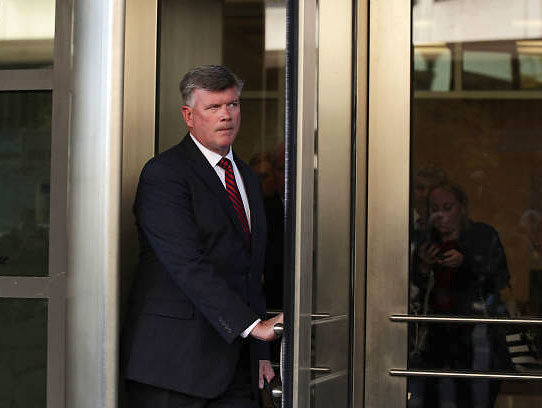 Birds of a feather. Ever notice the gravitational pull that brings sleaze together in the legal world, how those of similar ilk find each other? Sure, everyone’s entitled to a defense, but too often the ethics of high profile, highly connected power clients dovetail with those of their attorneys. We’ve seen it time and again with the finance sector, as attorneys lay out roadmaps for the business model of taking what doesn’t belong to you.

Now we have the dramedy of Paul Manafort and his lawyer, Kevin Downing to ponder. Before giving Downing a closer look, a quick thought on Manafort: How deep in the anything-goes corruption bubble must one be to accept neon-lit roles like manager of a presidential campaign after allegedly laundering money or fudging taxes? This arrogant detachment from reality, most recently on display with energy grid contracts for Puerto Rico, is what might jerk the White House rug sooner than later. I remain skeptical of Russian impacts in a 6.5 billion dollar election. Is our democracy that fragile? But how delighted Putin must be at the prospect of a national turmoil gifting us a President Pence. Yes, be careful what you wish for, as Jane Meyer cautioned in the New Yorker.

For a sober analysis of recent indictments, it’s well worth your time to catch Washington University Law Professor Jonathan Turley on  C-Span program Washington Journal of Oct. 31st. For those with limited time, this should top your list. Turley: “The moral high ground in Washington has always been measured in millimeters.” Here’s hoping Turley’s right, that ripping off all the scabs in this neck of the swamp will prove a great public education on both major parties.

Now to Kevin Downing. DWT readers might recall his Oct. 21st, 2016 appearance in A Devil’s Advocate Rings in a Bad Night for Bankers, a piece on Swiss bank whistleblower Brad Birkenfeld and his book Lucifer’s Banker.

I interviewed Birkenfeld some time back for a still-in-progress essay on the revolving door. Birkenfeld went to the US government to reveal the jaw-dropping extent of US tax evasion via Swiss bank enablers. In a frightening insight into how the fix was in for banks, even foreign banks, at the Department of Justice under the Eric Holder crowd, the only person to go to jail was whistleblower Birkenfeld. Downing was lead DOJ prosecutor putting the screws to Birkenfeld. It appeared to this writer that an example was made of Birkenfeld, warning others who might throw light on or otherwise inconvenience the Big Money that lubricates so much of Washington’s political machinery. Think of Birkenfeld’s prosecution as the brilliant colors on a poison dart frog. It must rankle DOJ no end that while in prison Birkenfeld was awarded the largest IRS whistleblower award to come down the pike. 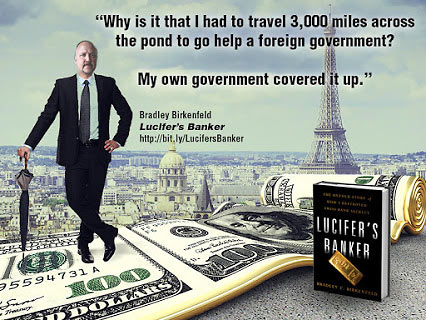 The whole book is an entertaining if alarming read, but at least zip through Devil’s Advocate and/or explore Birkenfeld’s site for the flavor of what happened. And don’t miss surprise guest appearances such as then-Secretary of State Hillary Clinton, which raises important questions that to my amazement media has thus far ignored.

The lead prosecutor (Downing) negotiated Birkenfeld’s plea and signed off on his motion for a sentence reduction. Then Downing sat quietly while a judge nailed Birkenfeld with a much longer sentence than Birkenfeld was led to expect.

Later, Birkenfeld discovered (Downing) signed a secret non-prosecution agreement for the UBS kingpin who oversaw the 19,000 US accounts (including all of the North and South American offshore business), the show-runner for approximately $20 billion in assets. That banker was quietly allowed to go back to Switzerland two weeks later while the US Senate committee was on summer recess.

Birkenfeld sent me a September 6th, 2016 letter after he sent it to the Federal judge hearing the case regarding the Credit Suisse banker. It’s a splendid view of revolving door ethics and of Downing. 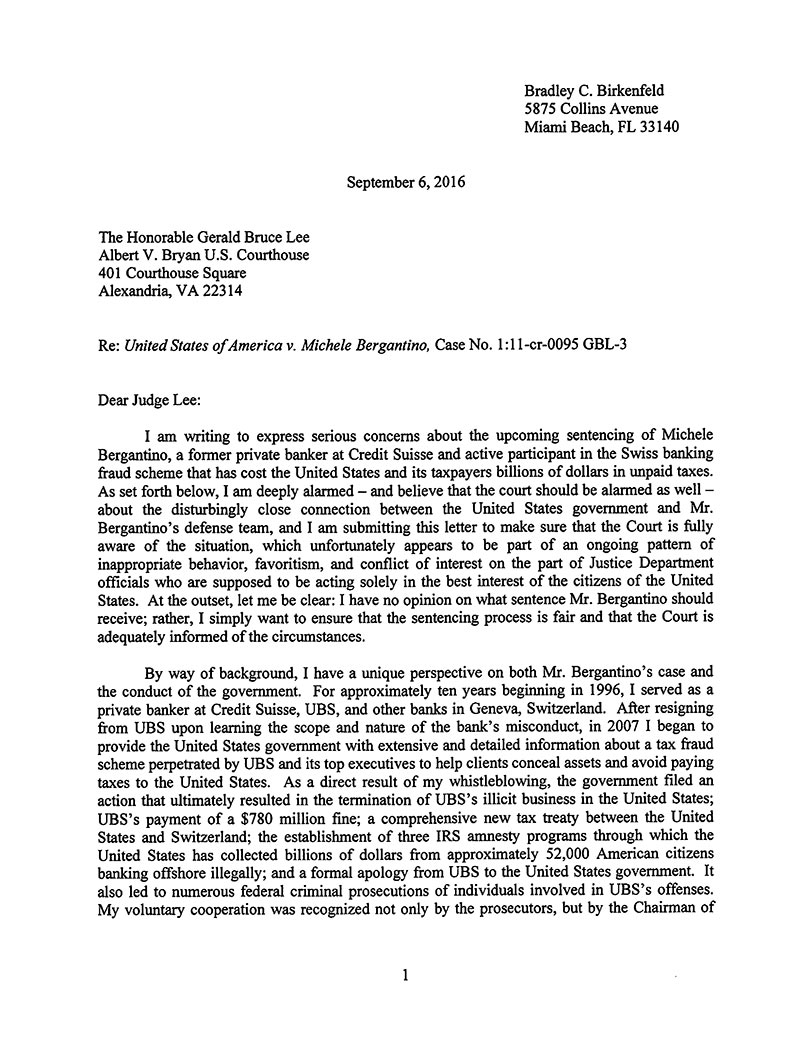 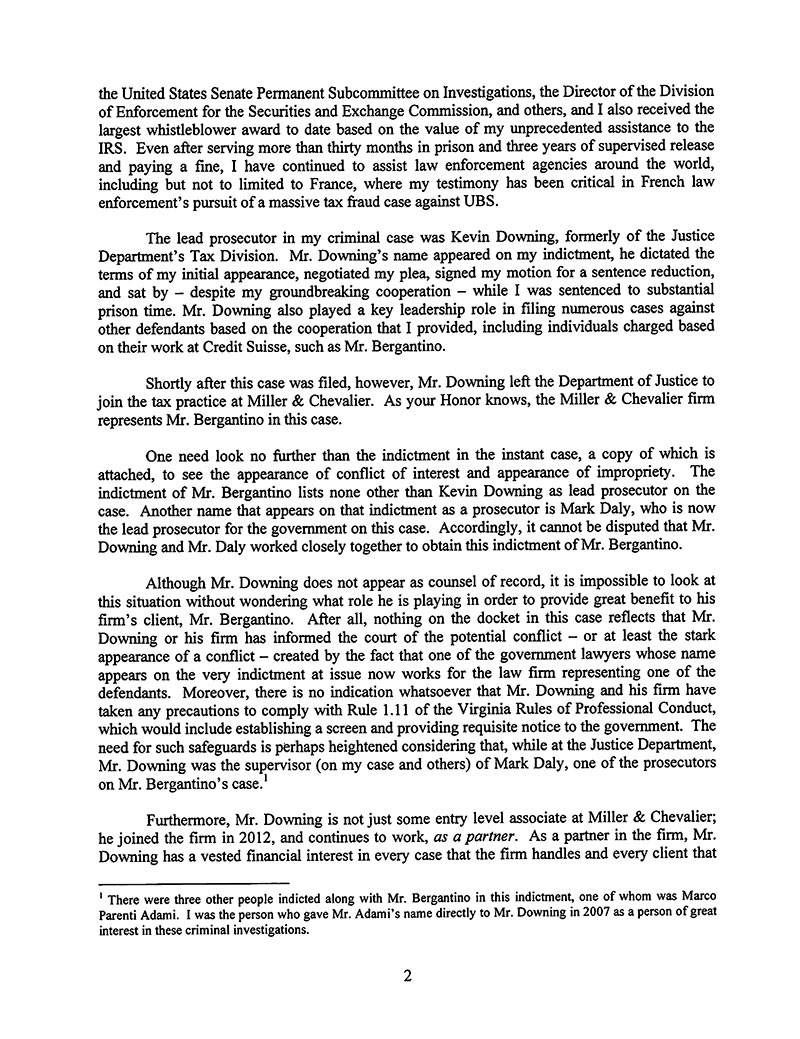 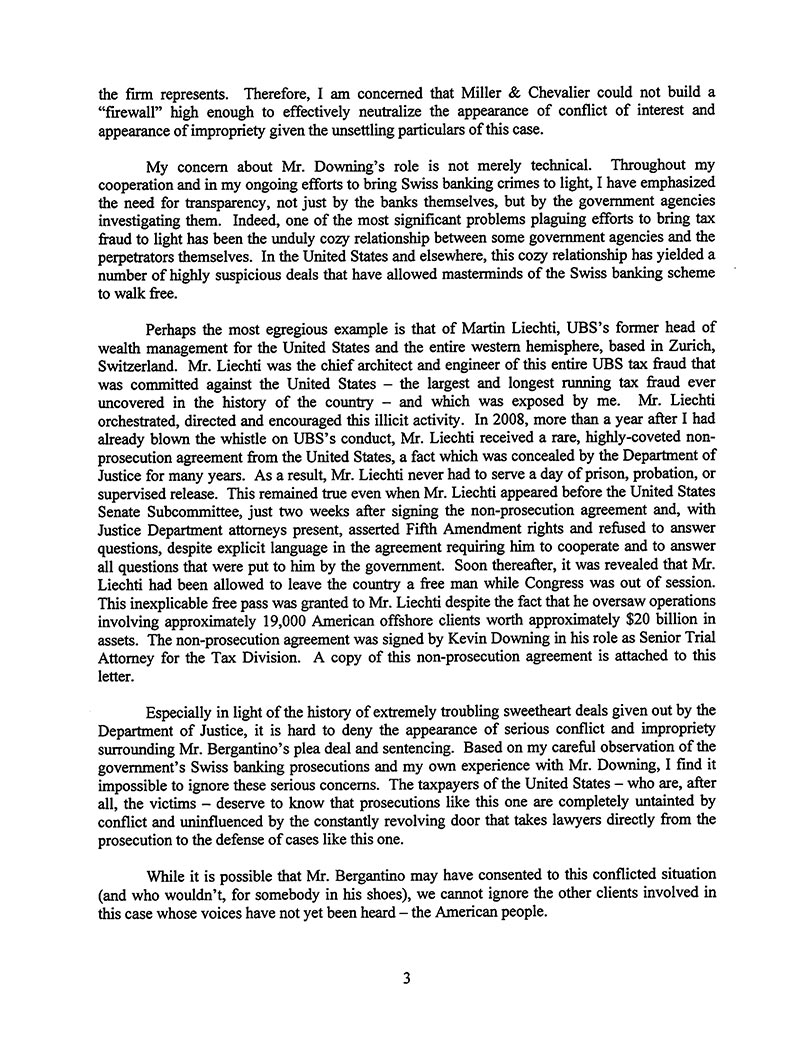 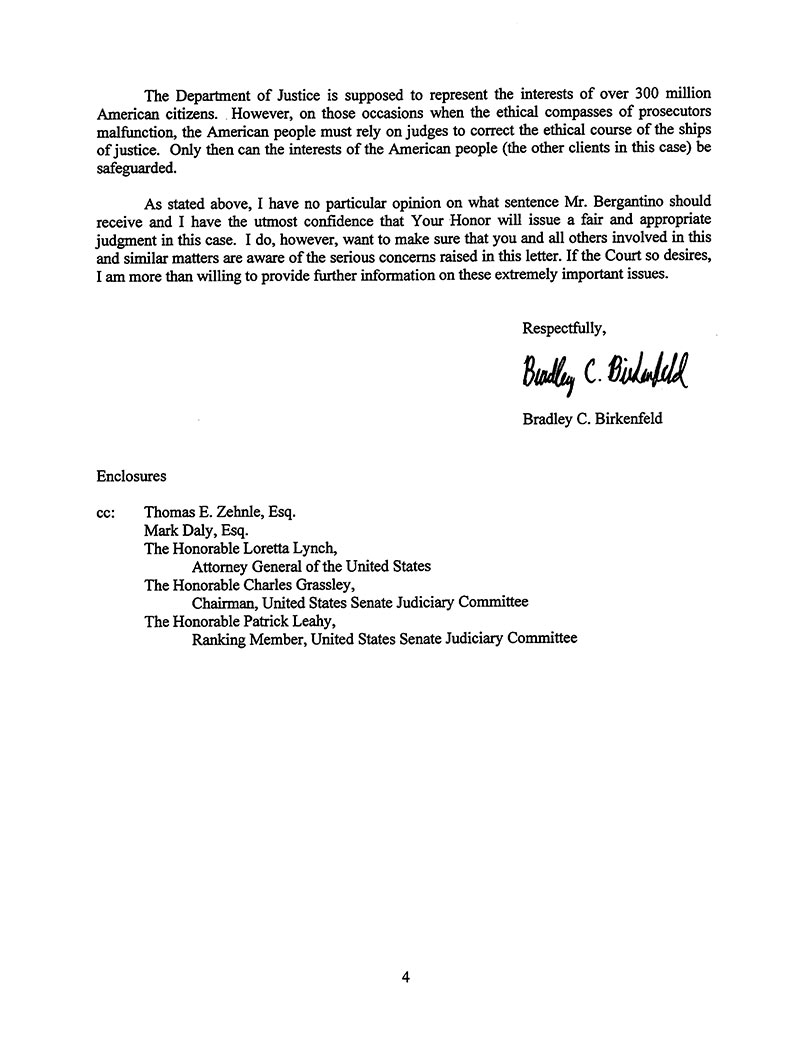 Downing departed from that law firm when he took on Manafort’s defense, because of an existing client matter. I’ll bet that conflict is an interesting one.

It wasn’t Downing that uncovered UBS, it was the whistleblower. Birkenfeld says Downing took credit for uncovering the UBS scandal, an imaginative stretch toward class-leading irony.

Birkenfeld dropped me a note this morning, noting that Manafort opened multiple Cyprus accounts (2008-2012) during the period Downing was at DOJ Tax. Birkenfeld say’s it’s a shame Downing didn’t uncover those accounts. Instead he’s now representing Manafort. Birkenfeld said when Downey departed DOJ, Downing claimed he would only be representing corporate clients. Would one judge Manafort a corporate client? Looks like an individual to me, though from a revolving door perspective, what’s the difference?

Whether that concern applies to Downing regarding Manafort isn’t something I know. But it is the sort of issue that ought to get close attention by any inspector general staff still lingering in government who are worth their salt

Readers can locate DOJ’s secret non-prosecution agreement with UBS, signed by Downing, and some other interesting items, here.

Below is an open letter to President Obama that Birkenfeld sent him along with a copy of his book. Darn interesting questions, yet to be answered, though I’m confident President Obama is on the case. 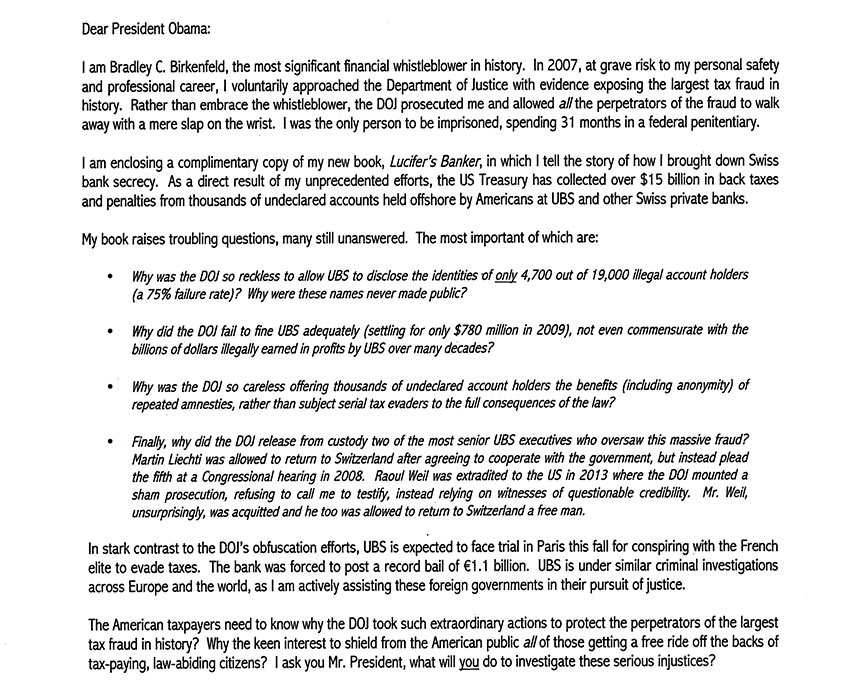