People travel to other lands to discover culture, architecture, history and technology. But few realize that somewhere in the background is the political landscape that shaped what they see and/or “allowed” to see.

Welcome to Traveling Boy’s Travels in Politics — specifically, American politics. We know there are many other blogs and websites out there that are heavy into this subject but what makes this blog different is we genuinely want to learn from each other. Most people have little patience listening to opposing views because they are only met by irrational emotions. It is Traveling Boy’s  mission to provide this “safe” environment for all sides to vent in a respectful way. We welcome opinions from both sides of the political arena.

Definition of the U.S. Republican Party (R)
Conservative | Right Wing | The GOP (Grand Old Party)
The political party that promotes free enterprise and private ownership. It does not want the federal government meddling in people’s lives instead they encourage personal responsibility. Their concept of fairness is supporting business so it will grow and create more jobs. They want lower taxes, freedom from labor restrictions, less government spending especially on social programs. They support Judeo-Christian values.  They believe in self-protection with rifles and guns. They are pro-life (ie. against abortion) and promote adoption. Fox media is one of the few who lean right. The capitalists, the rich, business owners (especially big business establishments), military, Christians, gun owners, people from the southern states — tend to vote Republican.

Note: Although there are other political parties (ie. the alternative “Third Parties” like the Libertarian, Independent, Green Party, etc.) this forum would like to focus on the two mainstream organizations. If Traveling Boy feels there is enough interest, we will include other party viewpoints in the future. 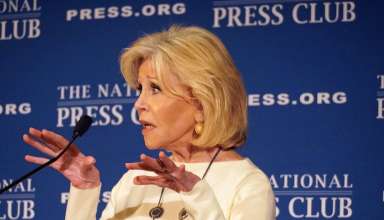 Even for those already in the climate choir, Jane Fonda’s sermon last month at the National Press Club is well worth your time to read or watch and listen to. I’ve logged loads of press club luncheon speeches over the years. This was one of the finest I’ve heard.

Two Washington exhibits, terrifyingly timely for the stark options before us, demand attention from the recently returned 116th Congress. The Warmth of Other Suns, an exploration of the plight of migrants and refugees, at the Phillips Collection, departs Sept. 22nd. The David H. Koch Fossil Hall — Deep Time, at the Smithsonian Natural History Museum is, like its fossils, here for the long haul 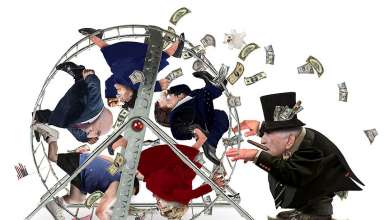 In Washington, the more things change, the more they stay the same. Except when they get worse. The recent Democratic Party Presidential Debates had me thinking on the enclosed essay on campaign finance, fished out of the wayback machine, that appeared in Barron’s. Way back, over two decades. 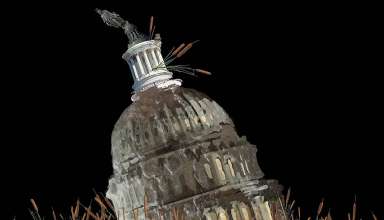 King of the Hill: Disclosure alone won’t topple campaign money as the ruler of Congress – Not Long ago the Clinton Administration crowed about agreements with a number of countries to curb bribery in business abroad. Wide implementation of measures such as tax-deductibility of bribes is still a long march away. 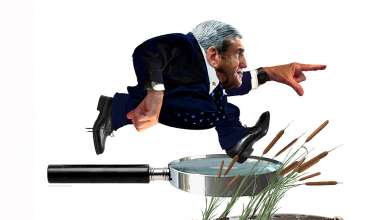 If you haven’t seen it, the long version of Matt Taibbi’s critique of journalism over Russia-gate, is worth your time as an exercise in grappling with media herd instinct and the folly of putting our grand papers of record at the head of the herd. 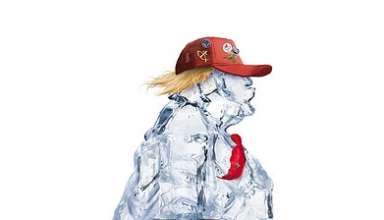 Attending as press, alas, not as a member, I first crossed paths with the Patriotic Millionaires several years ago at one of their events in Washington. At a dinner they hosted afterwards, I had the added treat of Alan Grayson at my table, and was mighty impressed with both the group and with Grayson’s witty comments about naked influence-peddling on the Hill and Congressional hypocrisy. 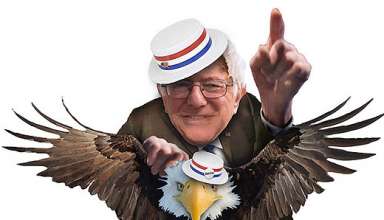 Dance with the one that brought you – BERNIE! As Bernie changed the national dialogue on critical issues and transformed large swaths of the Democratic Party, that’s my bid for his slogan. 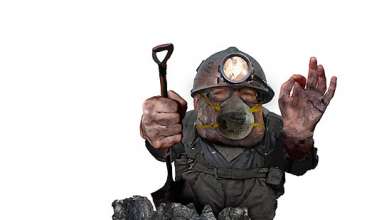 Tick Tock. The good folks at the Bulletin of Atomic Scientists have returned to wind their Doomsday Clock. Last Thursday at the National Press Club a group of well-credentialed speakers, including former California governor Jerry Brown and former Secretary of Defense William Perry, underscored the organization’s warning that we have established residence in “the new abnormal.” 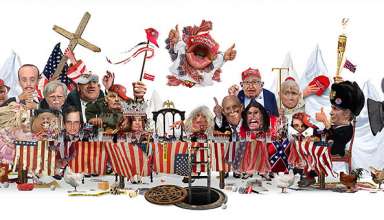 Despite democracy’s diminishment by gerrymandering and the playbook of suppression, your vote is still your best Hail Mary defending against the Big Money’s low art of the thinly disguised bribe. It’s your best chance to sink the oligarchy floating in on the tides of captured government. 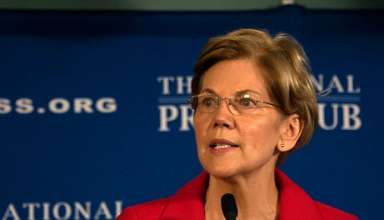 Attending the National Press Club for Senator Elizabeth Warren’s impassioned speech on corruption, my mind drifted to an intoxicated phone call I made to Chris Mathews. It was during the Mondale/Reagan campaign, when Mathews was chief of staff to House Speaker Tip “All politics is local” O’Neil. Mathews was phenomenally gracious, given that he didn’t know me from Adam, I woke him at midnight and my tequila-fueled exasperation fell short of diplomatic grace.