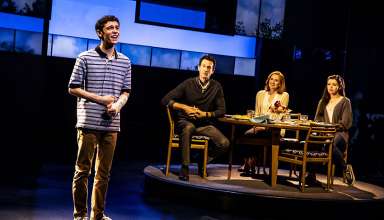 When the National Touring Company of a play that won six Tony Awards last year goes on the road, one invariably wonders if the Los Angeles production will get the same caliber of performances as those presented on Broadway. Please don’t worry as this production of “Dear Evan Hansen,” with book by Tony Award-winner Steven Levenson, 15 songs with music and lyrics by the award-winning team of Benj Pasek and Justin Paul, who won an Oscar for “La La Land,” has travelled exceedingly well.