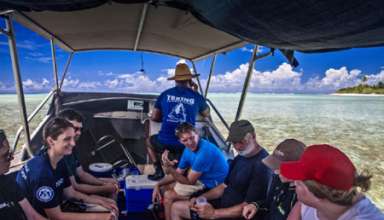 It was a quiet afternoon on Raratonga, in the Cook Islands, when Lydia Nga heard the news. With the stroke of a pen, her homeland, 15 scattered islets west of Tahiti, a country smaller than Detroit, had grown exponentially, reborn as a 690,000 square-mile nation. But it wasn't the islands that grew. In 1982, the Third United Nations Convention on the Law of the Sea ruled that coastal nations had jurisdiction over their own "exclusive economic zone," defined as 200 miles of the ocean floor, measured from the shore.