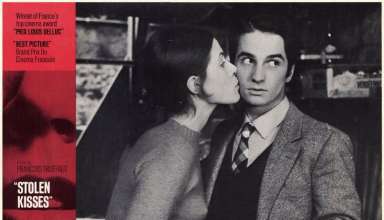 In The 400 Blows Truffaut introduced Antoine, a 12-year-old at odds with the world in which he found himself. Antoine lost his girlfriend to an older and more masterful rival in the opening segment of Love at Twenty. Now, after two failures (not only of execution), Truffaut has returned to that character, but Stolen Kisses does not mark a reprise of his most confident style.