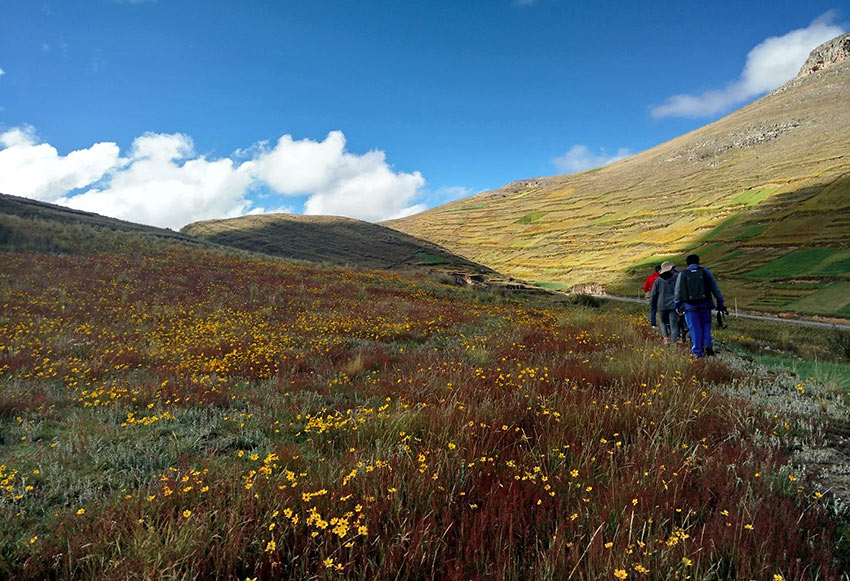 A question has been on my mind. “Am I actually a minority here in Peru?” Clearly I am the only North American in my town of 2,000 and happen to be white, blue eyed, and 6 feet tall (making me the numerical minority). Yet a sociological definition of majority/minority has much more to do with power and opportunities than it does with numbers.

Therefore, the conversation begins with one word: privilege.

For most of my life, I never gave a second thought to the fact that I belonged to a group called “white”[1] or “straight” or “middle-class” or “male” or “able-bodied.” I was just me.

Scholars call this ignorance itself a form of privilege, the “privilege of ignorance.” People with privilege can live relatively unhindered by their race, ethnicity, gender, sexual orientation, economic status, etc. They have the option of ignoring their privilege and the plight of others. People in minority positions never have such a choice, as their identities daily affect their lives.

So I was ignorant that millions of people fear holding the hand of their lover in public, write fake “white” names on job applications, earn less for the same work, are consistently spoken over, hide a central part of their identity, are feared because of their religious beliefs, or catch nasty looks in the grocery line.

I’ll admit; there is a whole spectrum of human experience I haven’t known. Yet I’ve tried to understand and empathize.

I’ve made friends with people living on the streets as we ate ham and cheese. I’ve argued in sociology classes and sat with the dying, hearing their words through a translator. I’ve read books that have made me enraged, enlightened, and depressed and tried to listen to friends who have seen life differently.

As I explored this world, I quickly learned what most of us instinctively know deep down: life is really unfair. Yet what many people never realize is that this unfairness is not a randomized unluckiness, but rather systematized injustice.  Society is a complex game and it’s stacked (or dare I say rigged) to benefit certain groups of people. 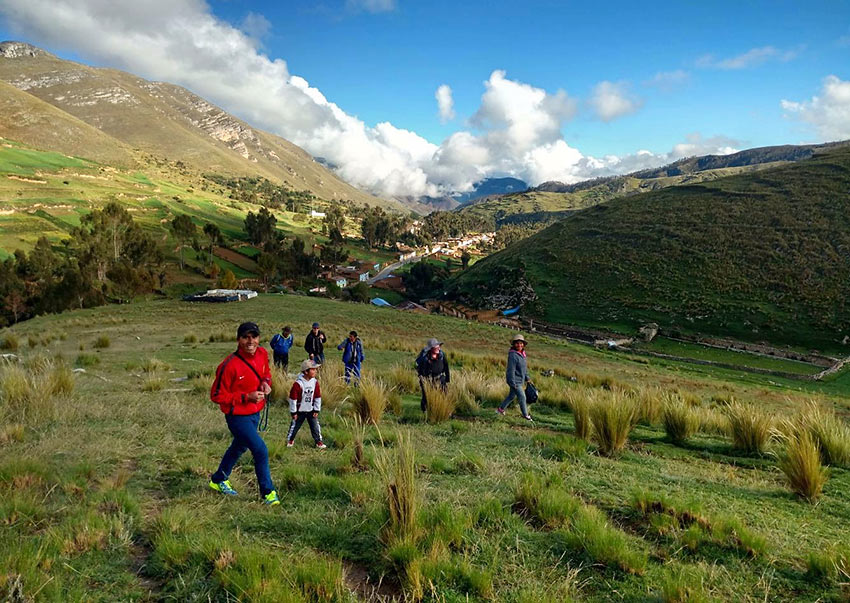 What do we call these free benefits (power, influence, and possibilities) that society grants to some and not to others: privilege.[2] Privilege is never worrying about my skin color, never having my gender used as an insult, never been mistaken for a criminal, always expecting to go to college, always being able to access buildings, or always feeling safe in my neighborhood.

I never knew one word could describe so well the way I and many people I know navigate and experience the world.

Whether we know it, accept it, or want it, we all take part in unjust societies. The question becomes how we will respond to this understanding.

Coming to Peru, I wanted to be aware of my privilege. After all, Central and South America have experienced enough colonialism.[3] I knew that being in a completely new cultural context would shift and change my privilege dramatically. What I’ve come to realize is that even though I’m the only gringo in town, I’m far from what it means to be a minority.

I’ve heard some volunteers express being a minority for the first time here in Peru. To some degree it’s true. The unwanted attention, odd looks, outright rejection, feelings of not belonging, and fear for one’s safety mirror aspects of the minority experience.

Living as the only gringo in town has undoubtedly given me fresh insights into minority experiences and hopefully a greater capacity for empathy.

That being said, I would say I’m not a minority in my community. Actually, the power, influence, and possibilities I experienced in the U.S. are often reinforced or strengthened here.

I’m still granted unwarranted influence or honor because I’m a white, educated foreigner.  I’m still a male in a machista culture, meaning I’m treated like a professional and my opinions are respected. I’m still a Christian in a culture where everyone believes in God and faith is part of education and business. I still don’t feel pressure to hide my gender or sexual orientation from my community. If I decided to, I can grab my U.S. passport, hop on a plane tomorrow, and be in almost any country in the world. 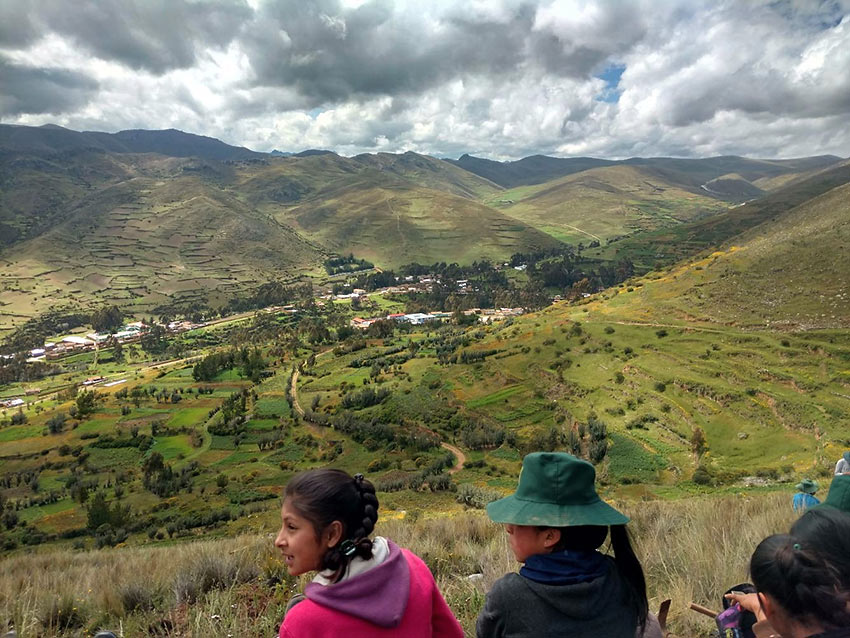 Part of living and working in another culture is paying close attention to how you act and how you are perceived. In any context, this is a good place to start — attempting to understand one’s place, identity, and privilege. With this awareness, we can begin to understand how we’ve been shaped to think and act to the benefit of some and the hindrance others.

As Peace Corps volunteers, we are a diverse group in and of itself and each person experiences his or her service in a different way. For my black, Asian, or Latino(a) friends here, the idea of being considered a gringo in their town is almost comical. They clearly experience their work and communities very differently than I do.

We talk about the need to be allies for one another, friends who are not only actively trying to understand the experience of minorities but are taking concrete steps to support them and stand against forces of discrimination, oppression, and violence.

Yet for anyone in my position, maintaining the status quo will always be the easy way out because coasting through life means continuing to benefiting from the system. 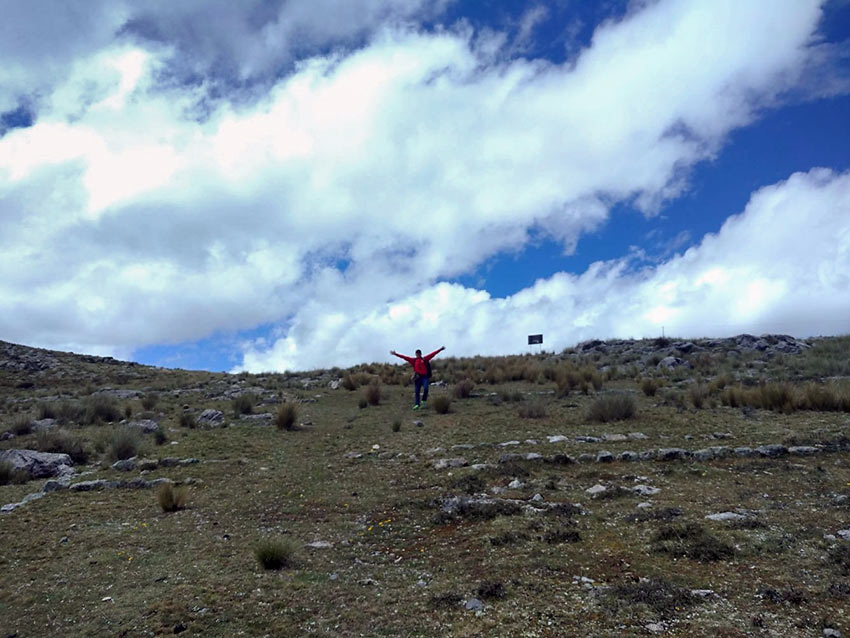 I admit I’m too comfortable where I am. I make friends easier with people like me. I am scared of asking hard questions. Sometimes being privileged makes life really easy. But I find admitting this is a good first step.

I hope my service can bring out a different side of me, a more compassionate and selfless side. I don’t want to coast. I want learn from becoming part of a new community here in Peru. I hope to work towards re-empowering others for their own benefit, not mine.

In the end, all is easier said than done. Yet I’m certain of one thing: the Peace Corps has already deepened my understanding of my privilege and identity and is continually helping me see more clearly the complexity of the human experience.[4]

[1] Or in the words of Ta-Nehisi Coates “the people who believe themselves white.” After all, the concept and social significance of race in the U.S. was created by whites as a justification for slavery.

[2] For some incredible concrete examples of privilege and how it plays out in everyday life, check out this video about the concept of the “invisible knapsack” from sociologist Peggy McIntosh: https://youtu.be/DRnoddGTMTY

[3] For an eye-opening read about the political actions of the United States in Central and South America check out: Empire’s Workshop by Greg Grandin. I’ve also heard good things about Open Veins of Latin America by Eduardo Galeano and personally enjoyed the concise history of Latin America called Born in Blood and Fire by John Charles Chasteen.

[4] If you’re interested about the complexity of privilege and the human experience, I’d suggest reading about cross-sectionality. From my basic understanding, it is a theory about how each person always experiences life in both privileged and not privileged ways and how these complexities affect and interact with one another.

****Disclaimer: “The content of this website is mine alone and does not necessarily reflect the views of the U.S. Government, the Peace Corps, or the Peruvian Government.”