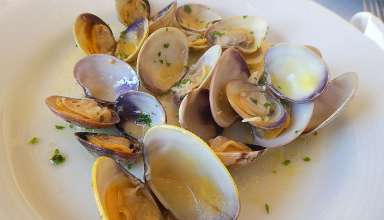 While visiting the coastal town of Bermeo, one of the oldest towns in the Basque Country of Spain, I received a most unusual invitation to dine with friends of friends. It was unusual not just because it began in a seafood market or ended in a mountaintop bodega. No, this was a rare invitation to dine at one of the Basque male gastronomy societies.