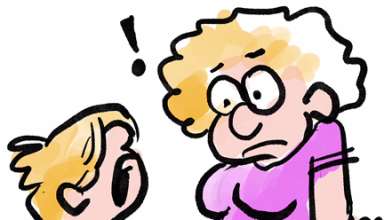 I heard a harsh bark coming from the back of the house. Sounded like an old dog straining to catch attention. What I saw was disheartening. Artie had a tight noose around her neck. Her gray-white fur was muddied and there were patches of exposed skin. Her staring eyes wondered if I was friend or foe. She cowered when I approached and moved as far away from me as the chain would allow. Slowly, I reached out my hand and pat her on the head. Eventually, I started to give her a good massage. All the while, I could see she was trying to process this strange sensation --- as if, for the first time, someone actually recognized she was an animal who had dignity. 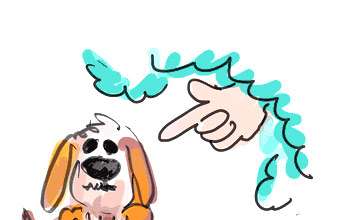 On the first day, God created the dog and said: "Sit all day by the door of your house and bark at anyone who comes in or walks past. For this I will give you a life span of twenty years. 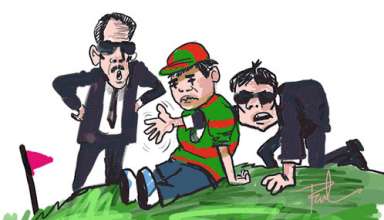 Two Mexican detectives were investigating the murder of Juan Gonzales. "How was he killed?" asked one detective.