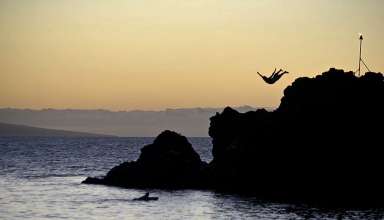 Although two-piece bathing suits were being used by women as early as the 1930s, the bikini is commonly dated to 1946, when partly due to material rationing after World War II... De Arte Natandi (‘The Art of Swimming’), by Sir Everard Digby, published in England in 1587 but written in Latin, was the first treatise on the topic published in Britain. Written in an age when many people could not swim and drowning was a regular cause of death, it features advice on different swimming techniques. 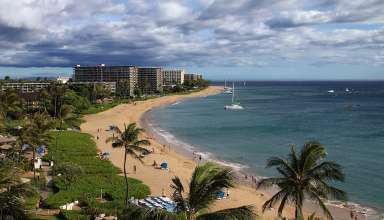 Children frolic in the surf and sand. Parents and grandparents stretch out on lounge chairs around the pool, basking in the gentle Maui sun. I don't think I've ever seen so many multi-generational families in one place. I explore Sheraton Resort's pool that leads to a long circular canal, complete with cascading waterfalls, bridges and tropical vegetation that gracefully caresses the top of the pool's lava-enhanced walls.