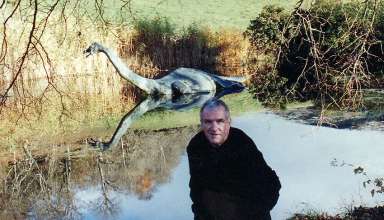 It’s a question that’s been pondered and researched for a long time – indeed, back to 565 AD. It’s the Loch Ness Monster, and arguably the most famous photo ever taken, was the shot on April 19th, 1934 by London gynecologist, Robert Kenneth Wilson. It became famous as it purported to show some sort of creature in the middle of the Loch.