Home World Travel Do YOU Really Believe It’s There? 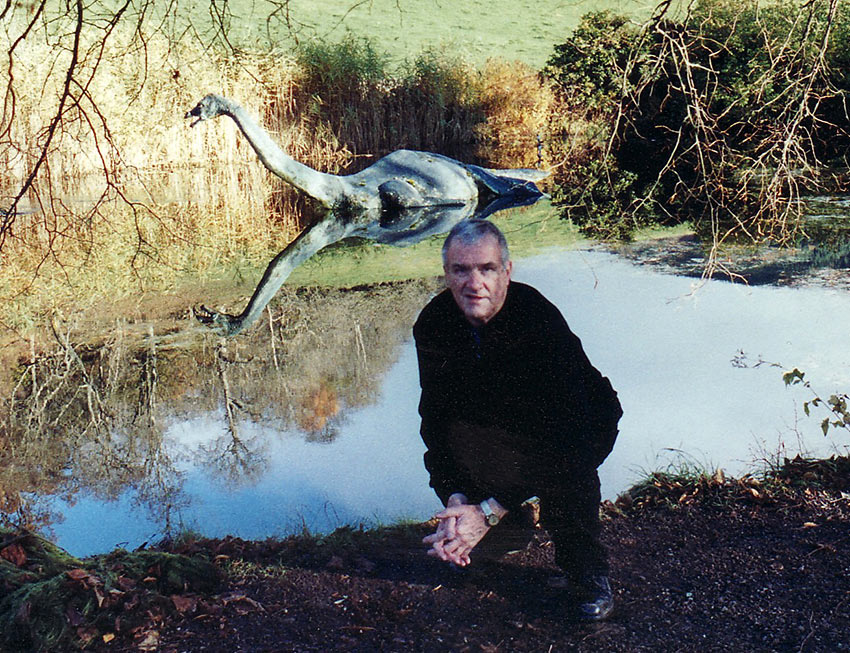 It’s a question that’s been pondered and researched for a long time – indeed, back to 565 AD. It’s the Loch Ness Monster, and arguably the most famous photo ever taken, was the shot on April 19th, 1934 by London gynecologist, Robert Kenneth Wilson. It became famous as it purported to show some sort of creature in the middle of the Loch.

Visiting Scotland a few years ago, I too was gripped by thoughts of wondering if I could find this monster. 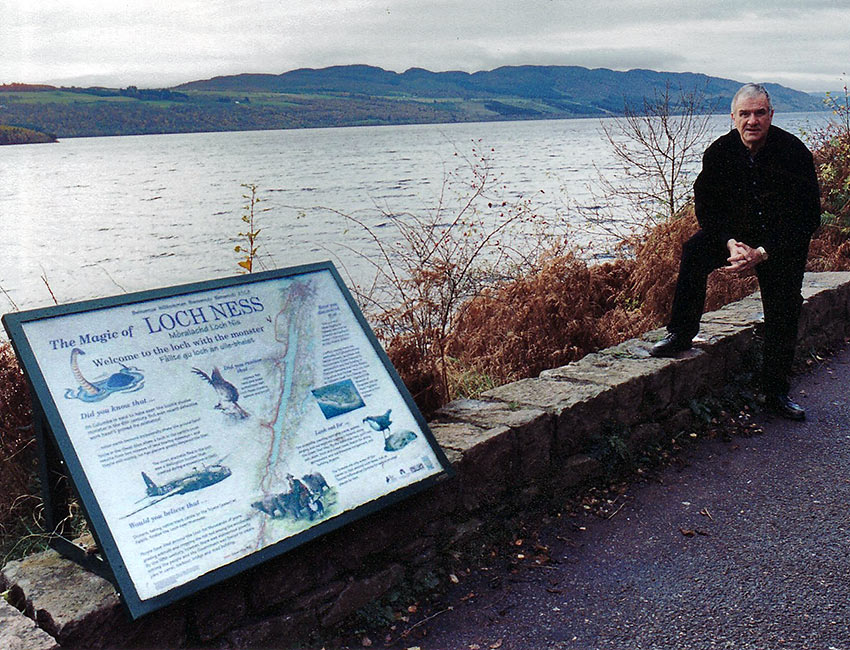 Arriving at the legendary Loch, it surprised me at how unruffled and laid back everything was, I mean there was a complete and total absence of any signs, posters and billboards promoting the fact that one was nearing the celebrated Loch, and the supposed monster that lived there. The water in the Loch is cold; how about 5.5 centigrade or 42 degrees Fahrenheit icy, and at 24 miles in length and one mile wide, it’s the greatest volume of fresh water in the UK. I was transfixed by this mass of forbidding looking water, and speculated as to whether there ACTUALLY was something hiding on the bottom?

Adding to the mystery, my research informed me that in June of 1976, American scientist Dr. Robert H. Rines (from the American Academy of Applied Sciences) lead a team of underwater experts to see if HE could find the monster with the help of the latest underwater gear available. Well, imagine THEIR unreserved surprise, when an image appeared on their screens. Even MORE convincing, it looked like the well-known monster. Fascinated beyond belief, everyone held their breath as they moved in to take a really close look. It was a historic find, but it was NOT the monster.

In late December, 1940, a British bomber called a Wellington, took off on a training mission from its base in Scotland. They’d only been flying a short time when it began to snow. No problem thought both pilots, as this old bird was a proven warrior. But then the starboard engine began to splutter and, after several agonizing moments, it stopped altogether. The Wellington has two Bristol Pegasus radial engines, and they’re powerful enough to fly on one. Then however, the snow’s intensity grew, and flying R for Robert became even more of a challenge on just one engine. The crew was told to bail out; they did, but the rear gunner was killed when his parachute failed to open. 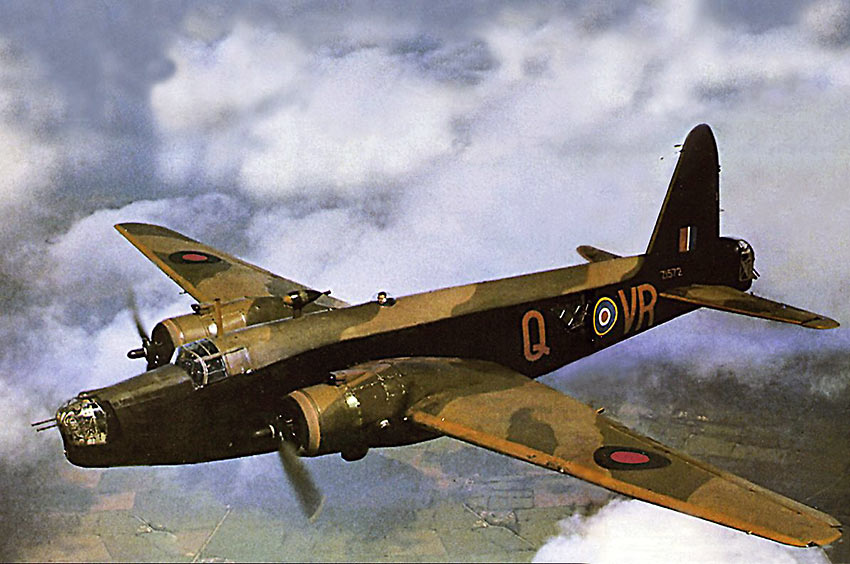 Alone in their stricken bomber, the two pilots fought to keep her aloft. They were now down to 800 feet and the snow was getting heavier and thicker. Looking out, they saw a large stretch of water – unknown to them, it was Loch Ness – and the aircraft splashed into the ice cold Loch. The two pilots were able to get out on the wing, and launch their inflatable rubber dinghy and paddled ashore. R for Robert sank, and descended to the bottom of the nearly 800 foot Loch. The veteran of so many missions over Europe was gone, and was lost forever. Or was she?

What gave this story a sort of a “Hollywood-Make-Believe” aura, was what happened later. 36 years later to be exact, for it was this aircraft that Dr. Rines had initially thought might have been the Loch Ness Monster in 1976. The images that he’d seen, along with help provided by the British Royal Navy, conclusively proved the aircraft was a Wellington. They even managed, in 1979, to identify its serial number: N2980.

In 1985, the Wellington was carefully raised from the depths of Loch Ness by crane-barge. Despite having spent 30 some years on the bottom of Loch Ness, and more as a lark than anything else, one of the technical people inserted a new battery to the Wellington’s tail lights. It was found to be in working order! Now here is where Truth IS Stranger than Fiction. Even though R for Robert had survived all that time on the bottom of  Loch Ness because the water was so unbelievably cold, she was in almost perfect condition. But the fact was she still needed a lot of loving care in the restoration process.

What gives this true story an almost Hollywood type ending, is that the plane was taken to the Brooklands Aircraft Museum near London to be restored. Why, you may ask is that extraordinary? Well, back in the late 1930s, this Wellington bomber, R for Robert, had been built at Brooklands! 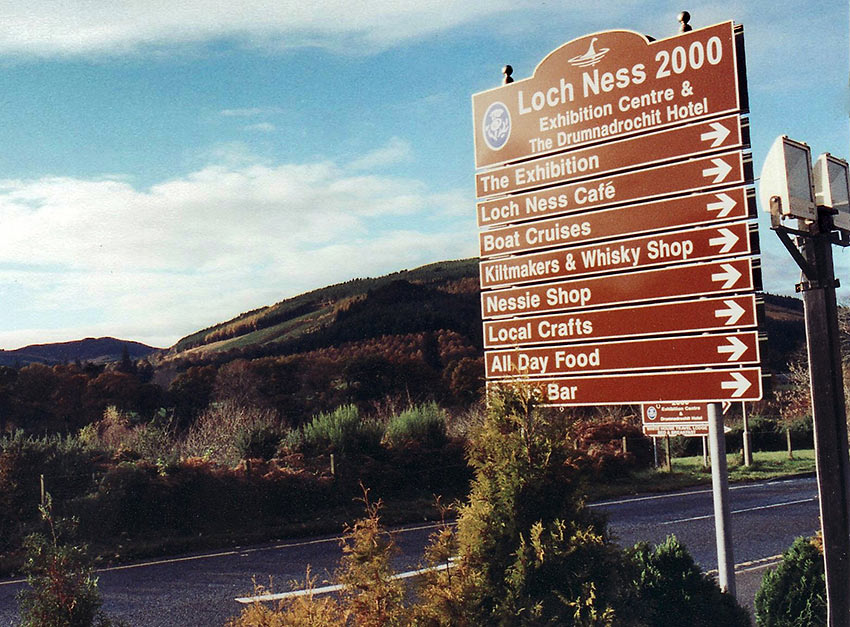 For more information about Nessie go to www.nessie.co.uk and if you’re looking for places to stay on your journey through spectacular Scotland, check out www.visitscotland.com