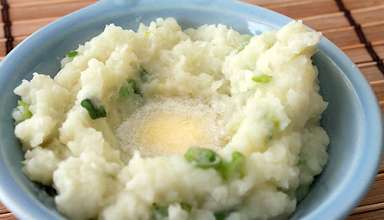 While most of the world considers Corned Beef and Cabbage synonymous with St. Patrick's Day, this popular meal has its origins in America, and is not a traditional Irish recipe. Beef was an expensive food item that was unavailable to most Irish citizens, and was generally exported to France, England and the Americas. As we all know, corned beef is a salt-cured brisket, traditionally packed in barrels with coarse grains, aka "corns" of salt. In the 17th century, salting beef become a major industry in the Irish port cities of Cork and Dublin for exportation. The most similar traditional Irish dish is Bacon and Cabbage, with the bacon akin to Canadian-style bacon or ham. Corned Beef and Cabbage became popular in the U.S. after Irish immigrants used corned beef instead of pork, due to the low cost of corned beef.