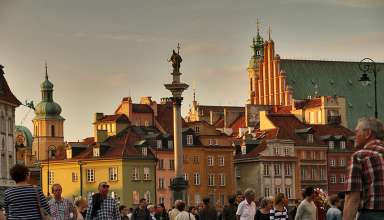 Warsaw was one of the cities that suffered the most during the WW2, and its city center, including the medieval Old Town, was completely destroyed. After the war, thanks to great efforts of the people of Warsaw, we managed to rebuild the historic center of the city, which was recognized by UNESCO, inscribed our Old Town to the World Heritage List in 1980. 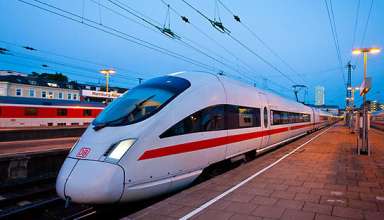 From my train window I could see where Hitler’s Nazi Army blitzed into the countryside, and later where Stalin’s Red Army returned the favor as his troops marched towards the defeat of Nazi Germany. Countless invaders arrived before the Germans and Russians, including the Tartars, the Teutonic Knights and the Slavic tribe, the Plonians, who stayed and made Poland their home. But today, eating lunch in my luxury train compartment, all I could see and feel was the serenity of the little farms and villages that dotted the terrain. There’s something about physically watching the miles pass from your train window that allows a perspective that is not offered by plane travel. Also, Europe is smaller than the U.S., with its major cities relatively close to one another, making it ideal for passages on the continent’s well-connected train lines. 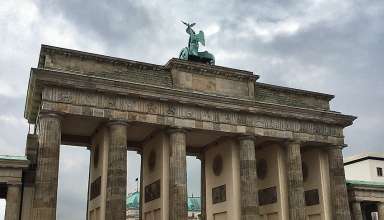 Increasingly, an American abroad is an American ashamed. Recently I visited Berlin and Warsaw – the former an established European capital, the latter lesser-known but equally sophisticated.  It was an opportunity to relax, speak grammatically incorrect German, devour pierogies by the dozen. But more than anything, it was a welcome respite from the nonstop circus American politics has become.  I …