Recently I visited Berlin and Warsaw – the former an established European capital, the latter lesser-known but equally sophisticated.  It was an opportunity to relax, speak grammatically incorrect German, devour pierogies by the dozen.

But more than anything, it was a welcome respite from the nonstop circus American politics has become.  I needed a Trump timeout.

Instead, what I got were even more reasons to feel embarrassed as a citizen of the self-proclaimed greatest nation on Earth.  America has fallen behind in far more than politics. We’ve fallen behind in everyday life.

1. America is a second-world country.

Upon visiting Europe, America’s rabid patriotism seems woefully misplaced.  Like a die-hard sports fan too busy waving a “We’re #1” foam hand to notice his team getting clobbered, we’ve brainwashed ourselves into believing our place atop the free world remains unchallenged, let alone unsurpassed.

But infrastructure doesn’t lie: the proof is in the pavement.  And the trains. And the sanitation system. And the state of public buildings, parks and plazas.

The European trip marked my first 10-day stretch in recent memory without hitting a pothole large enough to bat an eyelash, let alone loosen a cavity filling (SEE: Parkway, Garden State).  Transit trains in both cities were quieter, cleaner and more frequent than their decrepit NYC-area counterparts.  They are also more modern: platform signs post remaining wait times, a 21st Century touch for (go figure) the 21st Century. Europe isn’t ahead of the times; America is behind them.

That Europe is greener than America – where a major political party denies the indisputable science of climate change – was no surprise.  Instantly notable is the smart segmentation of public receptacles, with different bins for glass, paper, plastics and traditional garbage. That something so obvious and easy is beyond us is shameful.

Finally, it’s remarkable how everything in the Old World seems newer than the New World.  Granted, both Berlin and Warsaw were decimated by World War II and therefore largely rebuilt; but the absence of dinginess in both cities is stunning and, as an American, unsettling.  As I enjoyed a free Chopin concert at a pristine Warsaw park, I wondered how a city barely a generation removed from Soviet-era poverty boasted public institutions more appealing than my native New York, the self-proclaimed capital of the world.

Traveling to Germany and Poland, it doesn’t take an in-depth, multi-lingual analysis of Der Spiegel or Gazeta Wyborcza to determine that, by comparison, American media outlets are more sensationalist and less sophisticated.  This notion was readily apparent by turning my hotel room TV to one channel: CNN International.

Doing so provided an apples-to-apples comparison between the over-produced, graphics – and chyron-laden hype-fest blared into American living rooms, and the lower-key, more thoughtful newscast I enjoyed after a day of sightseeing.  Same logo, different IQ level.

Gone were the 12-person panels, the six-way split-screens, the insufferable faux gravitas of lightweights like Wolf Blitzer.  In their place were longer segments with fewer talking heads – a setup less prone to superficial personality clashes and more conducive to actual substance.

An educated guess tells me that CNN International didn’t spend months speculating over a missing airliner or, more consequentially, give a charlatan like Donald Trump hours on end of commentary-free publicity to lie his way to the world’s most powerful office.

CNN International’s featured prime time anchor?  The highly regarded, no-nonsense Christiane Amanpour.  Back in the good ol’ U S of A?  Anderson Cooper.  Not bad… bad not Amanpour, either.  Why isn’t an American news network’s top talent headlining in the United States?  Probably because American attention spans aren’t long enough to finish reading this sente…

3. American pastries are too sweet, and our coffee is swill.

You can tell a lot about a culture by what people eat in the morning – what they wake up to, what they grab en route to the office to start a busy day.

Germany and Poland both have donut-esque pastries, providing a natural comparison with Dunkin’ Donuts, the northeast’s ubiquitous morning stop.  The primary difference is evident at first bite: European pastries are far less sweet.

I could taste the dough, the fruit filling… the other ingredients.  I didn’t feel it necessary to order my doughnut with a side of insulin or a belt extension.  Americans are eating the doughnut version of CoCo Puffs: tasty yes – but meant for children.

Some coffee to go with your berliner or pączki? You’re in for a treat. Both countries had chain coffeehouses with java that struck a Goldilocks Zone between the two American mainstays of Dunkin’ Donuts (often too light) and Starbucks (often too burnt).

It’s a minor yet telling detail: the quality of simple staples like pastries and coffee is simply higher in Europe.  We’ve become accustomed to, and tolerant of, inferior food products – even those we consume daily.  What we feed ourselves is a bellwether of sophistication, a taste test most Americans fail miserably.

The views and opinions expressed in this article are solely those of the author.

Even Without Compulsory Spanish, the U.S. Will Likely Have More Spanish Speakers by 2050 than Any Other Country, Even Mexico

Why don’t we all know Spanish? Nationwide, efforts are underway to make education more pra… 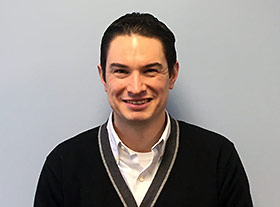 Christopher Dale frequently writes on society, politics and sobriety-based issues. Mr. Dale has been published in a variety of outlets, including Salon.com, The Daily Beast, NY Daily News, Parents.com and The Good Men Project, and is a contributing blogger to TheFix.com, a sober-lifestyle website.