Home Politics Know Voters so Disillusioned by Government They’re on the Fence About Voting in the Midterms?

Send Them These Essays by Conservatives Max Boot, George Will and Michael Gerson

Despite democracy’s diminishment by gerrymandering and the playbook of suppression, your vote is still your best Hail Mary defending against the Big Money’s low art of the thinly disguised bribe. It’s your best chance to sink the oligarchy floating in on the tides of captured government. Don’t toss it away in despair like another lottery ticket that didn’t pan out.

If you need fresh perspectives, try some from the conservative end of the spectrum. Here are several from writers unable to keep their heads in the sand.

“Should I stay or should I go now?” That question, posed by the eminent political philosophers known as the Clash, is one that confronts any Republican with a glimmer of conscience. You used to belong to a conservative party with a white-nationalist fringe. Now it’s a white-nationalist party with a conservative fringe. If you’re part of that fringe, what should you do?”

“Veteran strategist Steve Schmidt, who ran John McCain’s 2008 presidential campaign, is the latest Republican to say “no more.” Recently he issued an anguished Twitter post: “29 years and nine months ago I registered to vote and became a member of the Republican Party which was founded in 1854 to oppose slavery and stand for the dignity of human life,” he wrote. “Today I renounce my membership in the Republican Party. It is fully the party of Trump.””

On Halloween, Boot did a long riff off Joe Biden’s stump phrase, “I’m sick and tired of…”. After an impressive listing of nauseating things Republicans have averted their gaze from or been complicit with, Boot throws all Republican candidates into the abyss. Vote against all Republicans. Every single one.

“…Most of all, I’m sick and tired of Republicans who feel that Trump’s blatant bigotry gives them license to do the same — with Rep. Pete Olson (R-Tex.) denouncing his opponent as an “Indo-American carpetbagger,” Florida gubernatorial candidate Ron DeSantis warning voters not to “monkey this up” by electing his African American opponent, Rep. Duncan D. Hunter (R-Calif.) labeling his “Palestinian Mexican” opponent a “security risk” who is “working to infiltrate Congress,” and Rep. Steve Chabot (R-Ohio) accusing his opponent, who is of Indian Tibetan heritage, of “selling out Americans” because he once worked at a law firm that settled terrorism-related cases against Libya.”

“If you’re sick and tired, too, here is what you can do. Vote for Democrats on Tuesday. For every office. Regardless of who they are. And I say that as a former Republican. Some Republicans in suburban districts may claim they aren’t for Trump. Don’t believe them. Whatever their private qualms, no Republicans have consistently held Trump to account. They are too scared that doing so will hurt their chances of reelection. If you’re as sick and tired as I am of being sick and tired about what’s going on, vote against all Republicans. Every single one. That’s the only message they will understand.”

George Will. Who can resist an opportunity to say you agree with George Will? I readily give him plaudits for his writings on the travesty of the death penalty, but there’s also this, from an essay in early summer, “Vote Against the GOP This November.”

“Amid the carnage of Republican misrule in Washington, there is this glimmer of good news: The family-shredding policy along the southern border, the most telegenic recent example of misrule, clarified something. Occurring less than 140 days before elections that can reshape Congress, the policy has given independents and temperate Republicans — these are probably expanding and contracting cohorts, respectively — fresh if redundant evidence for the principle by which they should vote.

The principle: The congressional Republican caucuses must be substantially reduced.”

“In today’s GOP, which is the president’s plaything, he (Trump) is the mainstream. So, to vote against his party’s cowering congressional caucuses is to affirm the nation’s honor while quarantining him.”

Will does go on to have things both ways, hoping that Senate and House machinery could be as gummed up under Democrats as it was under Republicans, which sort of loses his thread of logic. He’s best when avoiding tangential head-scratchers that show off his researchers’ liberal arts kitchen sink approach. But he does get to a central point, “…the unimportance of Republican control.” I confess to admiring some turns of phrase, like “Consider the melancholy example of House Speaker Paul D. Ryan (Wis.), who wagered his dignity on the patently false proposition that it is possible to have sustained transactions with today’s president, this Vesuvius of mendacities, without being degraded.” “Vesuvius of mendacities”, that’s a keeper.

I was slower to include an August 9th essay by Michael Gerson, “The only way to save the GOP is to defeat it.”

That’s not just because I see the GOP as irredeemably corrupt and in need not of saving but of slipping beneath murky waters for the third time, but because whenever I seen Gerson I think of the phrase he penned for Condoleeza Rice,  “We don’t want the smoking gun to be a mushroom cloud.” That was a major pillar of the ruinous Iraqi WMD fraud by W and his band of neocons, and of all the hellish tragedy it continues to pour from Pandora’s Box. I can’t listen to Gerson without dubbing him “the smoking mushroom.” 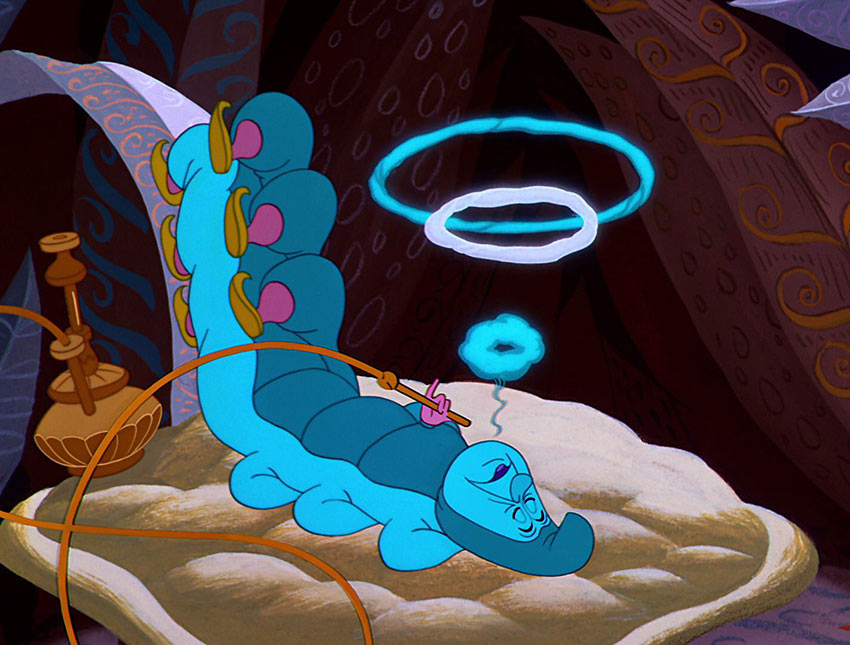 But I digress. I don’t want to add legitimacy to Gerson’s recurring message that Democrats had best embrace so-called centrism, aka Republican Light. Or his notion that voters should vote strategically for Republican Senate candidates who are “mainstream”. There are no mainstream Republican candidates. And there are certainly no Lowell Weickers, no Mark Hatfields. There are only those who will go along to get along, with Trump and Mitch McConnell. They’ll play the electorate for saps while doing the bidding of the Big Money, much of it dark in origin and purpose. And they’ll pluck the strings that make the lowest common denominators sing.

But I do want to cherrypick a few of Gersen’s points, including the importance of exposing administration corruption. “Under Republican control, important committees — such as Chairman Devin Nunes’s House Intelligence Committee — have become scraping, sniveling, panting and pathetic tools of the executive branch. Only Democratic control can drain this particular swamp.”

Gerson gives a good account of the consequences of Republicans retaining control of the House:

“Alternatively: If Republicans retain control of the House in November, Trump will (correctly) claim victory and vindication. He will have beaten the political performances of Bill Clinton and Barack Obama in their first midterms. He will have proved the electoral value of racial and ethnic stereotyping. He will have demonstrated the effectiveness of circuslike distraction. He will have shown the political power of bold, constant, uncorrected lies. And he will gain many more enablers and imitators.”

“Perhaps worst of all, a victorious Trump will complete his takeover of the Republican Party (which is already far along). Even murmured dissent will be silenced. The GOP will be fully committed to a 2020 presidential campaign conducted in the spirit of George C. Wallace — a campaign of racial division, of rural/urban division, of religious division, of party division that metastasizes into mutual contempt.”

Exactly why Gerson’s concerns don’t also apply to Republican control of the Senate escapes me. But after meandering with the conservative columnists’ obligatory genuflections to Reagan and Bush the Elder, he gets to a decent finish. “In a democracy, a vote is usually not a matter of good and evil. It is a matter of weighing competing goods and choosing lesser evils. The possible outcomes this November come down to this: Trump contained, or Trump triumphant…In this case, a Republican vote for a Democratic representative will be an act of conscience.”

Because there are too many Democrats that are so-called centrists, an increasingly non-descriptive term that drips with wishy-washy, there needs to be a thumping victory by Democrats. It needs to be big enough to increase progressive heft that pulls the party back toward the traditions of FDR, and out of the clutches of the Big Money. That’s not a quick and easy, but the effort needs to get underway the day after the election, ignoring the pundits crowing about magic in the middle of the road. As Jim Hightower put it, “There’s nothing in the middle of the road but yellow stripes and dead armadillos.”

Much has been made that of those independent voters who view both Democratic and Republican parties as turkeys, there’s a growing shift to viewing Democrats as the lesser turkey. My worry is that voting for the lesser turkey isn’t all that much of a motivator to show up at the polls. But if you know potential voters who are sitting back until they see a solid dime’s difference, send these essays along to them, particularly the one by Boot that minces no words. More years of the current clowns in charge is not a luxury our democracy has, every day brings new risk. 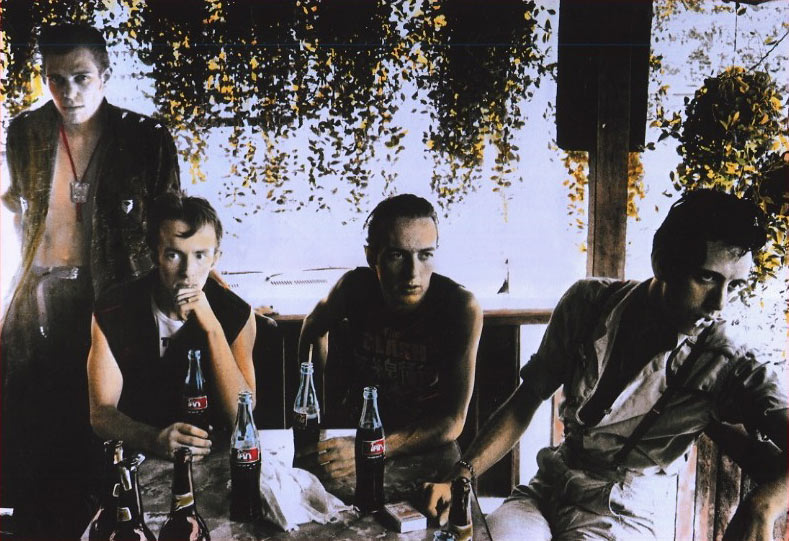 The Clash’s “Should I Stay or Should I Go” video

We’re very pleased to announce that Nancy Ohanian, who generously allows Skip to use her art to class up his political “scribbles,” has just won the 2018 National Press Foundation’s Clifford K. and James T. Berryman Award for Editorial Cartooning. It’s amazing the strength of editorial comment Nancy can convey with only an image, albeit a skillfully drawn one. Worth a thousand words, indeed.

A Wing and a Kind of Prayer

One’s destination is never a place, but a new way of seeing things. – Henry Miller
[/expand]