Home Raoul's TGIF The Left Side

My prediction last week was wrong. I didn’t know this, but even the parents chose not to know the sex of the baby. They were just as surprised as the rest of us. But I’m actually glad it’s a boy because (among other reasons) he’s going to carry our family name.

I’ve already seen several pictures of the little guy peacefully sleeping and I chuckle when I imagine him quietly charging his little boy batteries for the high energy to come. This dynamo (like his Dad) is going to wear all of us out for sure. Oh what fun!

The activists can clamor all they want about equality of the sexes but that won’t change the fundamental biological differences between high energy boys and dainty girls (yeah, yeah, I’m sure there’ll be exceptions). Don’t get me wrong, I’m all for equal pay and equal opportunities but the “activists” are trying to sabotage mother nature by inserting sexual awareness too early. They are doing more harm than good. We already see the purists among them changing their own arguments by complaining about “men” competing in women’s sports events. (Of course, this is just me and I’m always open to exchange ideas).

I am reminded of the scene in the Broadway musical Carousel where the Dad sings about the differences in raising a boy from a girl (click on the video below). To a boy you can be tough and play ball with. To a girl, you need to be protective and be more sensitive. Things have changed so much since the play debuted in 1945 — some good and some bad … really bad. Discernment is even more important when you are talking about your own flesh and blood. One thing adults can do is ease up on the pressure and treat kids with equal expectations according to what God has equipped them with. It’s natural to want your child to have the very best of everything but parents with unrealistic standards will develop insecurities and bitterness in the child. Of course, I won’t be like that … I hope I won’t be like that … OMG! Don’t let me be like that!

“Children, it is your Christian duty to obey your parents, for this is the right thing to do. ‘Respect your father and mother’ is the first commandment that has a promise added: ‘so that all may go well with you, and you may live a long time in the land.’ Parents, do not treat your children in such a way as to make them angry. Instead, raise them with Christian discipline and instruction.” — Ephesians 6:1-4

Sounds complicated? The easy way to remember this is to simply discipline in love … never discipline in anger. If you’re fuming mad, tell the kid to stop, go to his room for a time-out and then discipline when you have cooled off. A little prayer always helps to approach the problem properly.

I grew up with bullies. I’d like to protect him from bullies. Sadly, even among grown ups, you see bullies intimidating people’s politics, religion and world views. They’re the proud noisy bunch who label you friend or foe and prevent you from your independent ideas. Most of the time they’re seen with a crowd … as if they can’t stand on their own … think on their own. Two observations about bullies:

It’s gonna be fun and challenging raising my grandkids. With the parents’ permission, I want my grandchildren to respect women, be compassionate towards the poor and the weak. Be discerning on what builds and what destroys character. Be humble enough to accept their wrongs yet strong enough to defend their beliefs. They should never forget that we love them and God loves them even more. They should love God above all things.

There’s a song, “When I Die,” by the Blood Sweat and Tears and the refrain goes: “… and when I die, and when I’m gone … there’ll be one child born in this world to carry on … to carry on.”

Let’s all celebrate the next generation that’s lining up behind us. We’re blessed to have our kids and our grandkids to carry on. And, with our help, they will keep that line straight.

Thanks to Don of Kelowna, B.C. who shared this video of NFL Superstar Peyton Manning moving to a retirement home.

We’re not through with Peyton Manning. Thanks to Peter Paul of South Pasadena, here is Peyton again — being a big brother to the neighborhood kids.

Thanks to Mel of Washington DC for this joke. 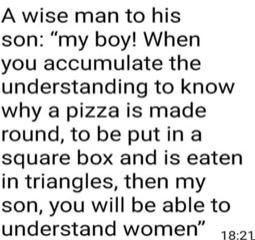 Thanks to Rodney of Manitoba, B.C. who reminds us about retirement. It’s time for the next generation to take over. 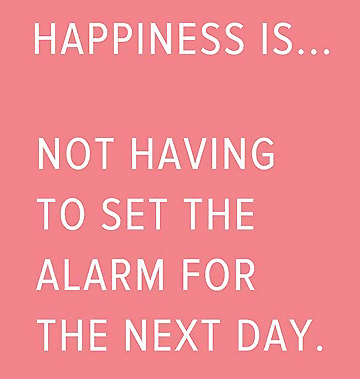 Thanks to Tom of Pasadena, CA. And so the circle of life turns. 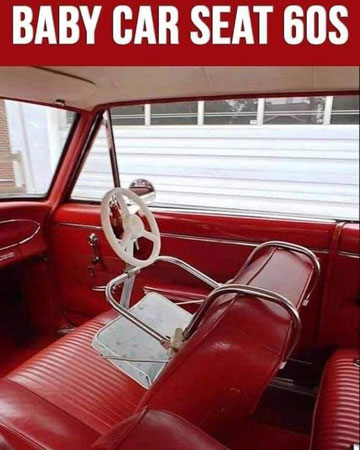 Thanks to Naomi of North Hollywood, CA. The hugs from your family is truly special. 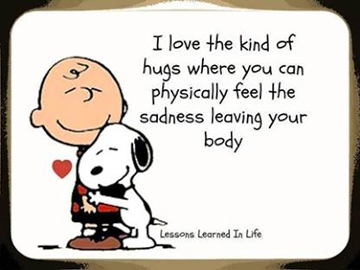 Thanks to Peter Paul of South Pasadena, CA. This boy never grew up. 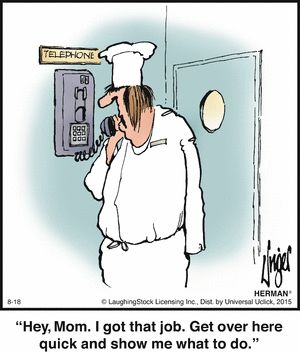 Thanks to Mel of Washington, D.C.
Love his expression. You know exactly what he’s gonna do. 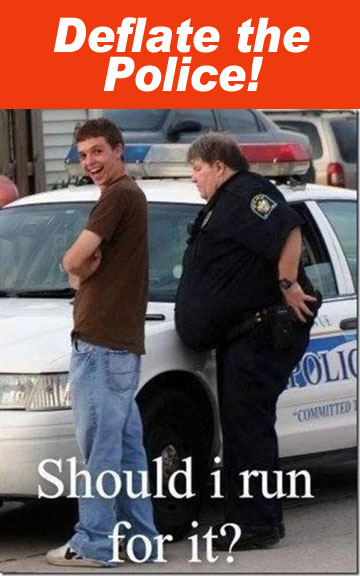 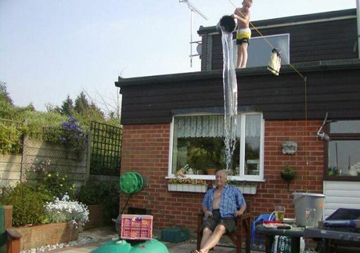