From Within and From Without

Yesterday I found myself in the middle of the lion’s den. Someone invited me to a meeting thinking that I shared the same world view as the organizers. I didn’t. I was an unwilling spy. I observed the way they talked, the way they urged everyone else to join their campaign. I had only known this species in their hostile state so I was impressed at their friendliness, ease with technology and their gift of gab (although it was English they spoke a different language). I did see a problem with some of their assumptions but who was I to expose myself? Still, I would like to have a real conversation when both our shields are down.

A day before, I was informed that someone in my own inner circle was moving to another church. You think you know people well enough but I was unaware of his unmet needs within the church.

The Turtle and the Grasshopper 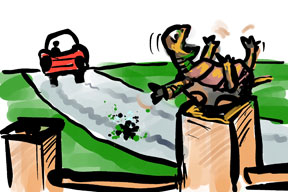 Questions:
When opportunity presents itself, are people too smart to realize they’re playing with danger? Are people too slow to grab the opportunity? Instead of making a killing, do we always expect the worst and turn into roadkill? When can we trust enough to turn down the divisive walls and learn from each other?

We think we know but we really don’t until we live among them.

“When we lower out shields, we become vulnerable and open to both help and harm equally. In order to bond on a spiritual level, we have to lower our ‘shields’ and become authentically vulnerable with the other person.” — Warren Lamb, PHD in his book Unbound.

2 From Art of Sierra Madre, CA 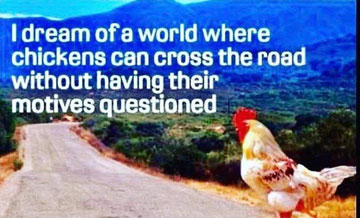 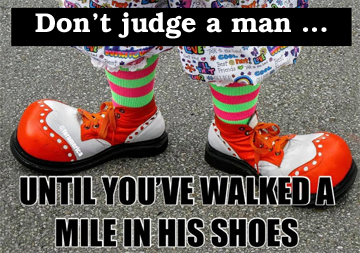 Thanks to Mel of Washington. DC for this joke. 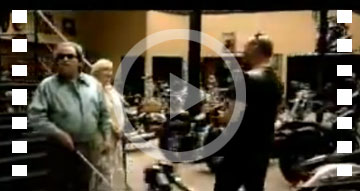 Thanks to Mel of Washington DC for this joke. 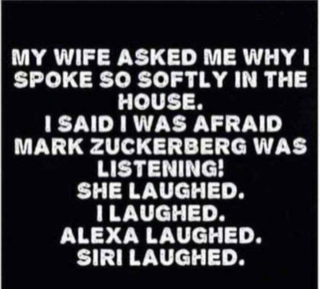 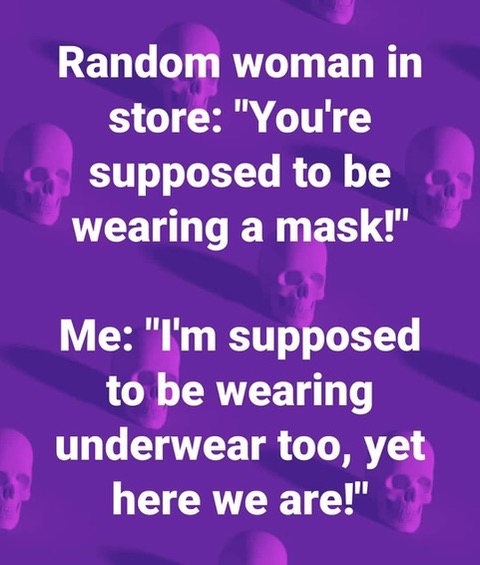