COLORADO SPRINGS – Here’s the thing about western art. It’s an acquired taste, like rattlesnake steaks and Rocky Mountain oysters. If your great-grandparents crossed the plains in a covered wagon or homesteaded in Montana, it could be in your genes. So, when a friend from Connecticut scoffed at the genre’s two most revered artists, Frederic Remington and Charlie Russell, dismissing paintings of cowboys and Indians as “poster art, portraits on black velvet,” I dared him to take the “immersion cure.”

At Cloud Camp, where paintings and North American native artifacts are on display on every wall, every guest – rich or poor, willing or not – is exposed to a double-dose of what AI (artificial intelligence) scientists call “deep learning.”

Simply put, this is the ability to recognize and distinguish between every individual in any particular group – dogs, human faces, cars, or in this case, western paintings – because you’ve seen so many of them. Deep learning is why trained robots can distinguish between a human face and last month’s Halloween pumpkin.

Agreeing to a date and the terms of the bet – a spa treatment for the winner – we booked a couple of nights at Cloud Camp and a couple at the Broadmoor. Then we bought tickets, flew to Colorado Springs and checked in with staffer Hannah Brenneman at the Broadmoor’s Base Camp reservations desk. Spotting a familiar-looking painting behind the desk, and two more in the adjacent lobby, I asked Brenneman if I could have seen it elsewhere, in a museum, perhaps.

“You could have,” she said. “Or it could be a copy, though I don’t know for sure. There are a number of copies in our collection, but nobody – not the staff and not the general manager – know which ones they are.  You’ll see some up at Cloud Camp, but they don’t know either. And here’s your shuttle,” she added, changing the subject and escorting us to the door. “It’s seven, slow winding miles, with 12 steep switchbacks to the top. Enjoy the views!”

Forty-five minutes and 3,535 feet of elevation gain later, we arrived, amazed and slightly giddy. So before “taking the cure,” we decided to tour the Lodge, a monumental chinked-log chalet worthy of a small Tudor castle.

Wedged between weathered boulders amongst a pine and spruce forest, at a breezy 9,500 feet, the building, flanked by porches on four sides, is composed of monster logs so long and thick they had to be carried one-by-one up the mountain.

The views from the patio and rear deck took my breath away, sweeping from the valley around to the Garden of the Gods just beyond and Pikes Peak to the north, its bald summit thrusting above timberline. It was that rare  view of the top of one mountain seen from another.

Inside the Lodge, the Great Hall, soared to the ceiling, 24 feet at the highest point. Rows on rows of windows and 20-foot walls offered enough space and light for large and small paintings, as well as for Navajo rugs, buckskin shirts and pants, a saddle, leather chaps, antique spurs and a stuffed black bear.

Dark-stained beams, two colossal fireplaces, groups of sofas and chairs and a banqueting table set for 28 announced that this was the gathering place.  And it was here, in the Great Hall, where it dawned on us: we were at the heart of one of the largest collections of western art – at least, those on a mountain top.

The paintings, vertical and horizontal canvases in brown or gold frames, were everywhere, hanging between and over the windows, above the doors, in the halls, over the fireplaces and near the ceiling, each handily identified in a detailed printed guide.

With it in hand, we wandered from one painting to the next, in every room, upstairs and downstairs, comparing Remington to Russell, and both of them to Henry Farney, Charles Schreyvogel, Joseph Sharp, Walter Uferto, Ralph McGrew and others.

Some of the painters were new to me. And my friend, now teetering on the edge of losing our bet, confessed that he hadn’t expected such painterly colors, such skillfully rendered shadows and so many different subjects and scenes. “You could tell the history of the west through art alone,” he conceded.

The next day, with the debate nearly settled, we put on our hiking boots and headed for the closest trail, down one side through the forest and up the other. And like the rest of the guests, we tried our hand at a few of the more essential western skills: an archery lesson, a mule ride, and a cooking clinic (with the chef). Other games included the horseshoe toss and a cornhole contest.

But it was the evenings, crowned by horizon-to-horizon sunsets, four-course dinners with fresh ingredients, and the company of 26 other convivial new acquaintances that made the weekend unique.

“This is a special place,” said Julie Fuller, seated next to me, explaining that it was her eighth visit to Cloud Camp. “My husband David surprises me by organizing it every year. Up here on the mountain we’re above it all down there. You feel as if you’ve left your troubles behind.”

The Fullers, traveling with their family, said that they had tried the Zip Line, ten sets of double cables, ranging from 200 to a mammoth 1800 feet long. Connected by short hikes, several of the ten included two perilously swaying suspension bridges. If you had a special taste for fright, you could finish with the 180-foot long “horrible, excitingly scary rappel down to the Seven Falls.”  Next time, I said, wishing I’d tried it sooner.

If you play tennis or golf, consider spending your last few days at the foot of Cheyenne Mountain on the expansive Broadmoor “campus.” Paddle boats go out around the lake, there’s a pool and a lap-pool, and guided fishing lessons are available. Other good-time fun includes the the bowling alley, movie theater, a half-dozen craft-beer pubs and at least eight different restaurants.

If somebody suggests buying a ticket to the Seven Falls, which rushes down from the mountain and through a nearby box canyon think twice. You can’t see both the falls and the pools that connect them unless you climb up the 224 steps that were installed along the side walls long ago. Once a scenic pearl, lauded on many a sepia-toned postcard, the Seven Falls have been reduced to a commercial attraction. I passed it up and collected my bet instead. The winnings? A massage and facial in the spa.

If you have a few hours and haven’t already overdosed on paintings, there are plenty more to be seen in the Broadmoor’s three wings: 150 more, to be exact. We saved them for next time.

GOING THERE? To plan a visit, go to www.broadmoor.com .

Dream Time at the Villa Manzu, in Costa Rica

Do you have a dozen or more buddies, besties who’ve been vaccinated for Covid-19 and are i… 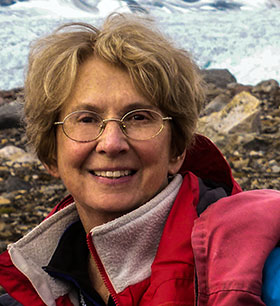