Home Travel USA Deerfield Health Retreat and Spa: Go for the Exercise; Stay for the Food 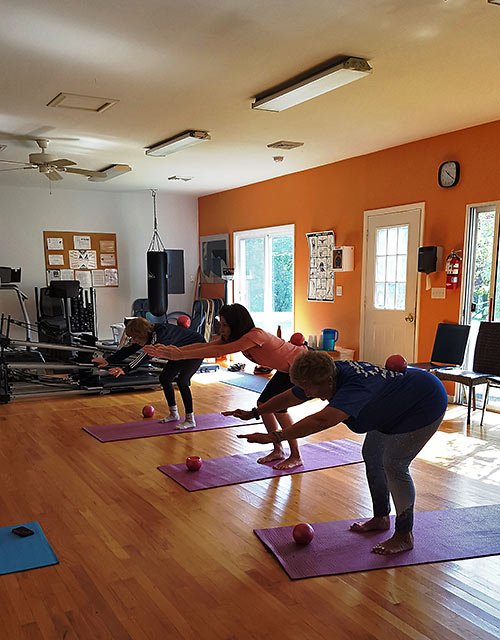 Admittedly, I’ve never heard of Lo-Wei, a unique exercise class that combines yoga, strength training and flexibility that stretched my body in ways my mind never thought possible. But it is only one of almost three dozen fitness classes, all part of the dawn-to-dusk workout, weight loss and education focus of the one-of-a-kind, all-inclusive Deerfield Health Retreat and Spa in East Stroudsburg, PA where my friend Kathy and I spent three nights recently.

And now, with a very sanitary nod to the Coronavirus, in addition to following every conceivable safety guideline and then some, all summer classes will now be held outside. Deerfield is normally dedicated to health on multiple levels, and now that philosophy had been reinforced and reapplied to a new-normal spa environment.

The education aspect offered almost as many options. Okay, I wasn’t all that interested in the discussion on Pilates as an aid for back pain or the importance of self-massage but just the fact that it was offered, along with lectures on sleep deprivation, portion control, Top 20 Exercise Mistakes and many other topics was impressive. 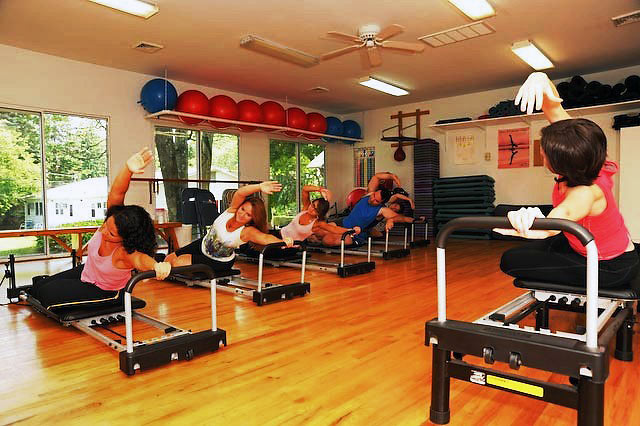 The first morning’s dilemma? So should I start with a sunrise hike, morning stretch, water aerobics, Pilates, yoga or a circuit class? Or just go back to sleep. Ah, unacceptable – especially with a mouth-watering breakfast awaiting at 8 a.m. I followed morning stretch with Butts and Guts – and all I kept thinking was, “Man, am I going to feel this tomorrow!” which, right there, is a high recommendation for the class. Kathy, a water maven, started her day with an aerobics Pilates class – I took notes. 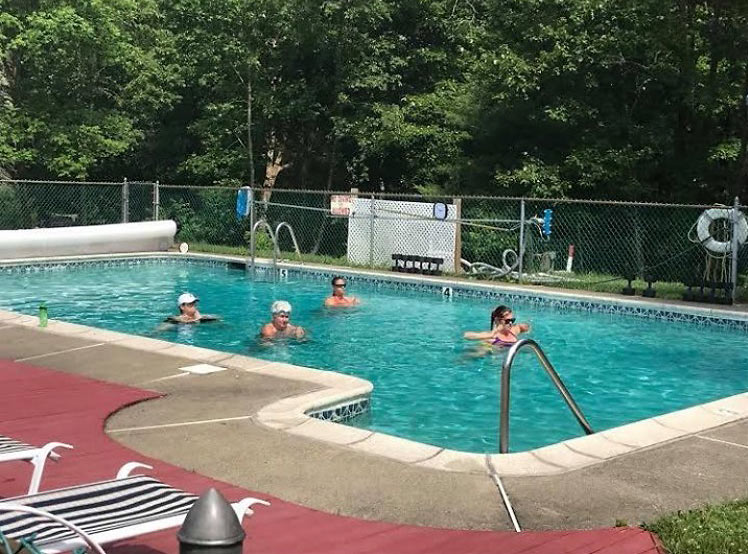 You’re never far from food at Deerfield – 3 meals and 2 snacks included – and our first exposure at lunch upon arrival was a tomato Florentine soup filled with veggies. I thought if everything else is this good (and it was!), I’m never going home! But more on that later.

Time for some exercise. I’m a novice yoga-ite so admittedly I had some difficulty visualizing the cleansing of my lungs but I could still appreciate the relaxing – and oh yes, centering – nature of the exercise as I learned to follow the instructor admonishing me to “enjoy the stretch.” But I’m a veteran hiker and beginner, intermediate and advanced hikes are offered, depending upon the day, water bottles and walking sticks provided. We were forewarned that the Beginner Hike was a stroll in the park compared with the Intermediate and admittedly the guide took one look at Kathy and me (70 plus can be deceiving…) and tried to talk us out of it. But our experience on the Appalachian Trail over years stood us in good stead and the hike was not only eminently doable – but beautiful as well. 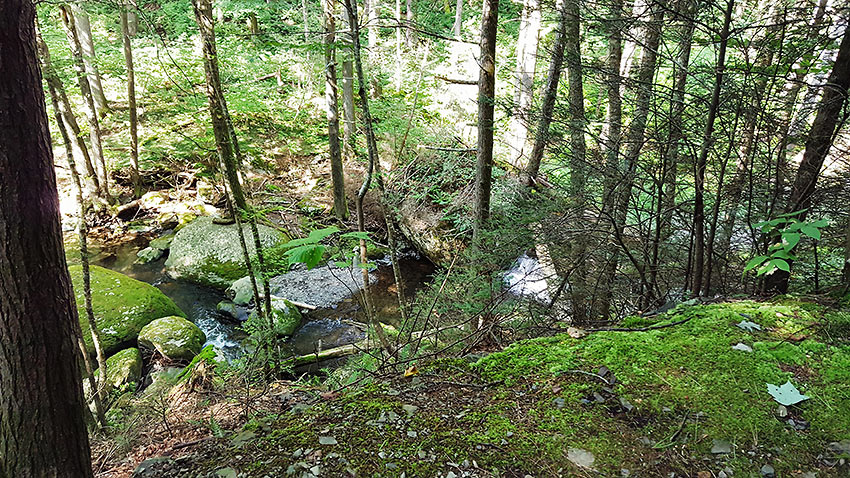 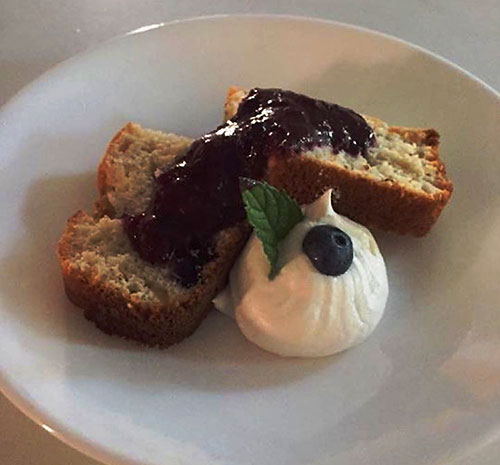 And then, of course, it’s time for the “Morning Boost” snack because after all, it’s been at least two hours since we last ate. But in truth, Kathy and I rarely had the time or inclination to fit snacks into our schedules. We opted instead for a little circuit training to add some cardio and weights to the mix.

And then there’s lunch. There are multiple choices for each meal plus daily specials, all calorie counted. All dinners – salad, entrée, veggie, dessert (and ohhh, those desserts!) are 600 calories; 1200 for the day. Did I mention there are also two snacks (fresh fruit, smoothies, grilled pineapple, veggie and dip, dried fruit, etc.)? Are they sure this is also a weight loss center?

And it is, as many guests attested. Despite the campfire at the fire pit with S’mores. WHA? Okay, all sugar-free but still…  And if you can get your attention away from the s’mores, the stars above were mesmerizing. We just don’t have stars like that at home. 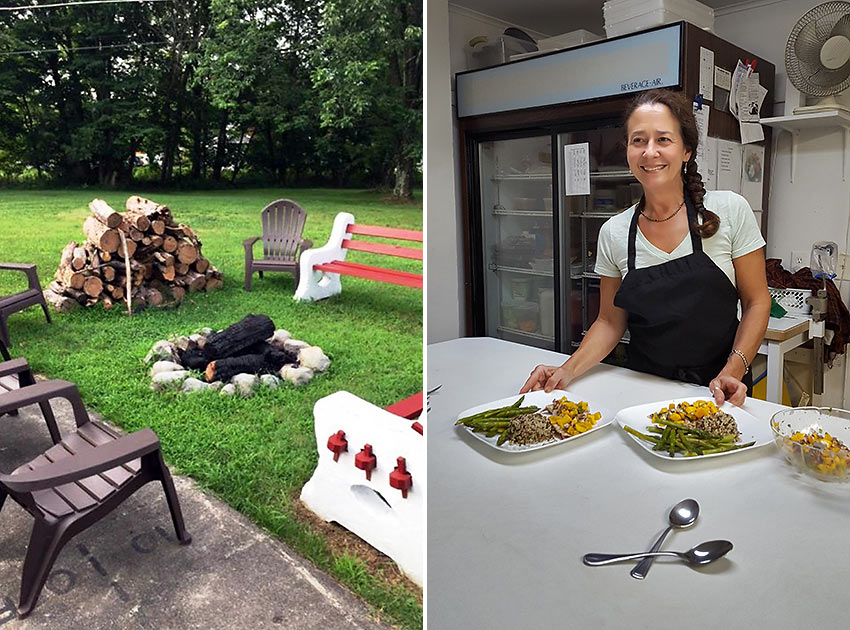 And, as if we hadn’t had enough food already, there’s the cooking class with Karen, the nutritionist, who kept up an ongoing informative patter about the pros and cons of multiple foods. I found out that all rice contains arsenic which is nutritional information I could have done without. She made jerk chicken with mango salsa, rice (go figure!) with pecans, and asparagus. It was like eating another whole dinner – a mere 200 calories extra. And the rice was so tasty it was easy to rationalize ingesting the life-threatening ingredient.

A different night included an hour’s introduction to meditation, the goal being, in addition to relieving stress and finding inner peace, to experience a relaxation response that was transformative. All of this is above my pay grade but still, it was something I knew nothing about and that fact alone made the experience worthwhile.

I felt obligated to actually count my day’s intake at least once – I choose a day that didn’t include either the cooking class,  s’mores or the Saturday night Mocktails. So: Breakfast of bruschetta omelet with cheese plus cantaloupe balls; Lunch – Mexican corn soup, a huge plate of cottage cheese, tuna salad and fresh fruit; Dinner – Spinach salad with strawberries and walnuts; baked fish with string beans; ice cream with a sweet strawberry topping. Throw in some half and half with my morning coffee and voila – 1065 calories. Hard to believe. Plus I was stuffed. 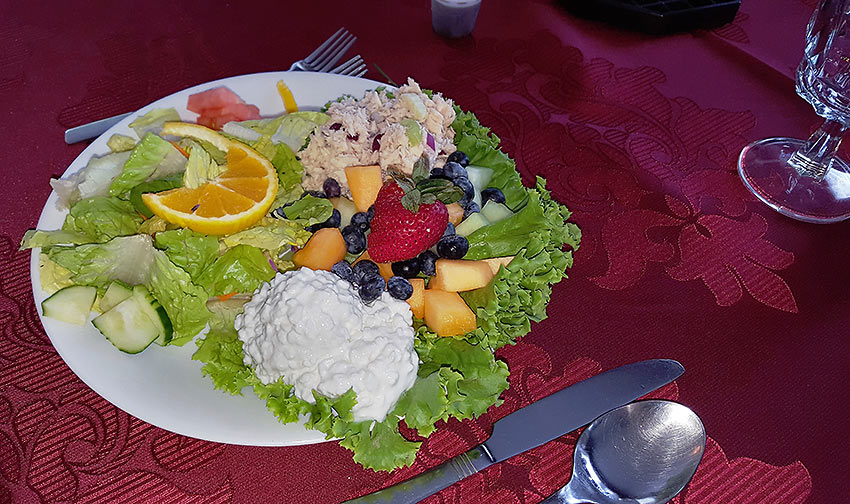 But still, there are more work outs on the horizon with motivational signs sprinkled throughout the gyms. “Failures are but the pillars of success;” “Believe and act as though it were impossible to fail.” I had a little trouble reconciling the two but it didn’t keep me from appreciating the overarching message. “Age wrinkles the body; quitting wrinkles the soul.” Okay, that’s more like it! I relate to anything that has age in it.

As I headed to class one day, I overheard a guest excitedly exclaim: “Just being in the hammock is one of my favorite places.” I hardly even knew there was a hammock. And that’s one of the most appealing aspects of Deerfield. If you want just to relax and de-stress, that’s fine. If you want to work your butt off, that’s fine, too.

But I didn’t have time to think about it as a Cybex Circuit class was calling followed by Core on the Floor, which one older participant laughingly characterized as “elder abuse.” I discovered, that contrary to popular belief, the core extends well beyond the abs and includes, butt, back, lats, spine, obliques and every body part in between – all of which were unmercifully tested. Getting up off the floor was the biggest challenge.  It was great! But rest assured, all classes can be adjusted to accommodate any work-out level.

Another option unknown to me was Tabatas, a high-intensity interval training class. Kathy instead found time for her pool aerobics, including a 90-minute Restorative water class which was equivalent to walking 4 miles. According to Kathy: “Constant motion without excessive effort combine for a total body workout.” She was water-logged but happy. 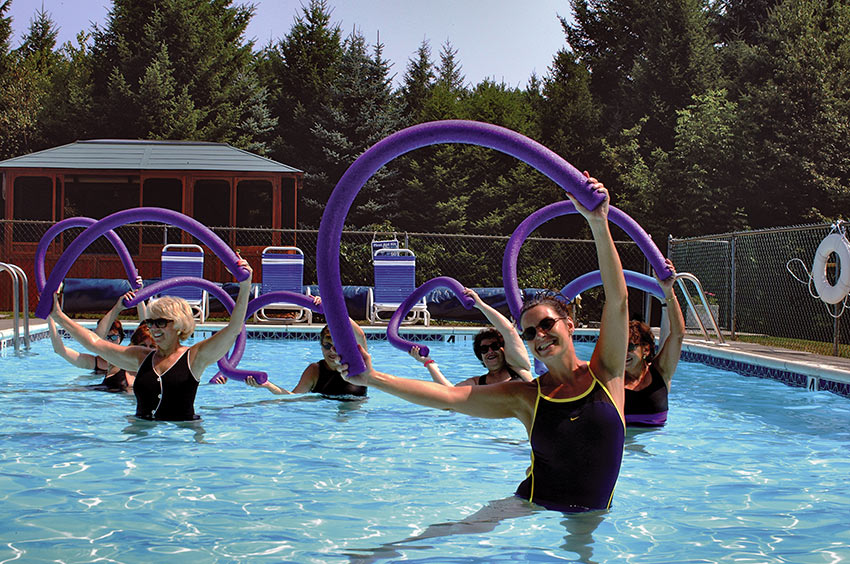 But what also makes the Deerfield experience so special is the ambiance, the camaraderie, the laid-back atmosphere where everything feels natural and comfortable. At times in the evening, after that night’s lecture or other activity, folks just hung out in the lounge and with 80% of guests being repeat customers, staying from three nights to two months, the talk often turned to war stories accumulated over the years. It felt very much like a family.

And that includes the staff, from whom a love for the spa readily radiates, which in large part is due to owner Joan Wolff, whose mother started Deerfield in 1979. I was surprised to discover there was no tipping allowed. As Joan explains: “The wait staff, trainers, masseuses and house keepers are never tipped as much as they deserve so it’s all processed into their salaries.” Which might explain why most of her staff have been there for more than 10 years. 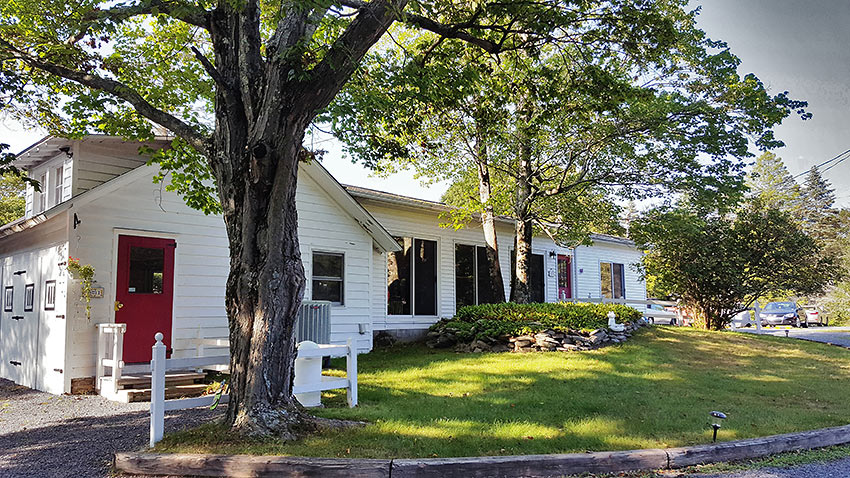 So what do you need after a full day of hiking, weight lifting, water aerobics and yoga? A massage, of course. So naturally that’s also included. The next day, Kathy dragged me kicking and screaming to the car — but not until we had enjoyed another two meals and four classes before we left. For more information, visit deerfieldspa.com, 1-800-852-4494. A three-night, all-inclusive, weekend stay, double occupancy, ranges from $770-$1145, per person. Deerfield is open from mid-April to late October.

You’re Gonna Get On a WHAT? Traveling in the Times of a Pandemic

“So I’m planning on flying up to Portland, Maine next week,” I told my friend. Dead silenc…