Tom Ball and Kenny Sultan are set to play the Lobero Theatre in Santa Barbara, California on Saturday night, October 26th. A momentous occasion that marks the 40th Anniversary in the duo’s life of ‘Good Time Blues.’ Truly a phenomenal achievement; 40 Years! Think about it when Tom and Kenny were starting out, gas was under a dollar a gallon and stamps were 15 cents. We were listening to Gloria Gaynor on the radio and ‘My Sharona’ on a Walkman. TV’s were filled with Happy Days and Charlie’s Angels while feature films were all about alliteration. ‘Alien,’ All That Jazz,’ and ‘Apolcalypse Now.’

In the blink of an eye its forty years later and Ball and Sultan have obviously heeded Gaynor’s advice, not only ‘surviving’ the journeymen’s lifestyle, but flourishing in those roles. Both musicians have achieved a number of milestones and been called almost everything; but the ones we can print here are musical historians, composers, authors, mentors and of course, performing artists. And both men continue to share their gifts by teaching. Kenny “regularly,” Tom “sporadically.” Their productivity, discography and the road they’ve traveled, has been nothing if not impressive. Sure, they’ve played every type of venue you can imagine, and some you probably can’t. From International open air music festivals in front of 50-thousand plus, to a regular haunt, an old West stage coach stop in the mountains above their Santa Barbara home base, called the Cold Spring Tavern.

When off the road, they are prolific. Their catalogue for Flying Fish/Rounder Records has blossomed. There are now eight Ball and Sultan duo albums and six solo releases, Kenny has two and Tom, four. They both do session work, Tom says. “I think it’s up to over 260 CDs for me now as a sideman.” Add to that, music scores for film and television and the instructional books, “I have five instructional and one novel. Kenny has at least that many, plus he has apps and about 5 DVDs. He’s more prolific in the teaching department than I am.”

There’s more than a hint of ‘pre-destined’ in Ball and Sultan’s unique musical journey. “Both of us grew up in the L.A. area and frequented the Ash Grove.” Tom says. “But we didn’t know each other.  When I moved north to Santa Barbara in 1978, Kenny was already here.” Almost immediately Ball says he began gigging with an electric blues band called ‘Blues Company’ backing national acts like Pee Wee Crayton, Phillip Walker and Smokey Wilson. “We had a few good gigs, but I was aching to play acoustic blues. I saw Kenny’s name in the paper and wanted to go catch his gig, but my band was playing that night. So I asked my girlfriend, now wife, Laurie if she could go check him out. She came back with a full report. ‘Great finger style player. Plays Blind Blake and Gary Davis. Good sense of humor. Drinks Heineken.’ So I figured this was someone I needed to meet. Heineken and Blind Blake were two of my biggest hobbies.”

That shared love of Blind Blake, beer and the Rev. Gary Davis has now culminated in 40 years of friendship and music. So how did you and Kenny first meet? “We finally met at a Santa Barbara Blues Society show.” Tom says. “Big Mama Thornton! I introduced myself, we got to talking and Kenny invited me over to his place to pick a bit. It sounded pretty good. The next day Kenny was guesting on local radio KCSB, drumming up business for his teaching gig at UCSB. He asked me to come accompany him. After we’d played a song, the phone rang — it was the Sojourner Cafe, offering us $15 and a pizza to play there on Friday night. We accepted… but only after holding out for free beer. The rest, as they say, is history.”

Other than beer and pizza, the Ball-Sultan bond seems strengthened by the admiration and respect they both share for the early players. “I used to hang out at the Ash Grove.” Kenny grins. “My older brother used to take me there, on his dates. I was 11 years old and he’d take his kid brother. I remember going to see Furry Lewis, Mance Lipscomb, Lightnin’.” You were eleven? “Everybody else was listening to the Monkees and I was listening to Howlin’ Wolf!”

One bluesman really struck a chord with Kenny. “Lightnin’ was great! I remember seeing him at the Ash Grove, just sitting up there with his big, black electric guitar. Sitting up there smoking…in a smoke-filled room…with sunglasses on! He was great! You hear him play and you know it’s him.”

When Tom and Kenny perform, you immediately recognize there is more to their artistry than blues. Much more! Their unique combination of style and musical arrangement give a distinctive signature to the more traditional sound; “We don’t dwell on the depressing side of life. We keep it up tempo and we deal with light subjects.” Kenny says. “Blues can be fun and humorous, they don’t have to always be sad and about your troubles in life. I’m not sure we’re blues musicians exactly. Obviously we love blues and play blues, but we play a little folk, ragtime, country and bluegrass as well. When I think about blues players, I think about Lightnin’ Hopkins, Sonny Terry and Brownie McGhee. They would come out and play Blues! Tom and I play a lot of different styles. In reality, we’re musicians who like the blues and incorporate that in our music, but we do a lot of different things. We’re not down and out…. we live in Santa Barbara.”

Nodding in agreement, Tom adds. “We never worked in any coal mines. People that have the true claim to the blues are Son House, John Hurt, J.D. Short, Blind Blake, Bukka White. Those people lived the blues. They had troubles, they had pain and suffering. They worked on levee camps and were sharecroppers and had a real reason to sing the blues. Kenny and I enjoy that tradition in so far as it’s a soulful tradition, an important American tradition. But we learned the blues mostly from old 78 records.”

“We don’t profess to be something we’re not,” says Kenny. “We’re ourselves on stage; we don’t put on any act up there.” He smiles, “That’s why our business card says ‘Good Time Blues’.” 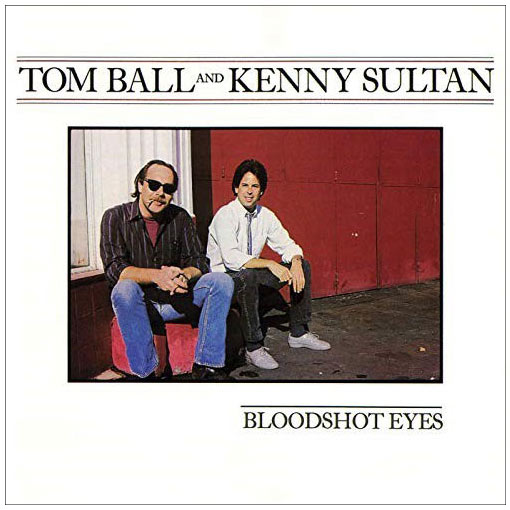 How’s the next 40 shaping up for you? “We have a few festivals coming up: Millpond in the Sierras. Shobefest in Ojai. Next year there are a few on the books as well. At this point we just hope to keep breathing. And we need to say thanks to everyone — these 40 years could never have happened if nobody was showing up and listening.”

Tom Ball and Kenny Sultan have had an amazing ride together and as previously mentioned are serious contenders for ‘weirdest venue’ honors. “We were playing in the recreation room of a mental institution in the Netherlands.” Kenny remembers. “It was for the criminally insane and the rec room was the only place where they didn’t monitor the patients. They just sort of let them be themselves. So we had twenty people, kind of, sitting on our laps and pulling at our hair…and poking us.”

‘Good Time Blues’ journeymen working the ‘fringe’ elements. “There was one guy,” Tom says, “who could speak only two words of English. The only thing he could say was, ‘El Monte! El Monte!’ He would come up to us, poking our faces and guitars and chests and yelling, ‘El Monte! El Monte!’ A pretty interesting guy.”

“We were playing,” Kenny continues. “And everybody really wasn’t getting it. And this one lady was laughing at the right spots, like on ‘Bloodshot Eyes’ and ‘Chicken Ala Blues.’ I’m going, ok, she must be staff, you know, cool. Then Tom left the stage and I’m doing my solo, obviously an instrumental… and she’s STILL laughing! That’s how it was… AND we had to STAY there.” (laughing) “That was our accommodations for the night… on the hospital grounds. They put us up in; I don’t know what you’d call it, a bunkhouse? We did our laundry there. That was interesting; a lot of folks watching the dryers go ’round. It was a good gig, a memorable gig.”

Well, there probably won’t be any laundry service at the Anniversary show but you can count on it being ‘memorable.’ The Lobero Theatre in Santa Barbara will play host to Tom Ball and Kenny Sultan’s 40th Anniversary celebration on Saturday, October 26th. Showtime is 8PM.

Albert Cummings is full of surprises. He’s been playing now for about a quarter of a centu…