Home Politics Loyalty, the Cult and the Incompetent Authoritarian

Now at least 12 GOP senators are on board with overturning the election, over 100 House Republicans, and Pence has joined the chorus. Analyze each of these Republicans and they fall into 3 distinct and often overlapping categories.

But perhaps I am too hard on these fine people?

I’m not worried about America. Biden will become president on January 20th and the long hard road to healing and rebuilding and restoring our country, our democracy, and saving the lives of our people from Covid and climate change will begin.

As June ran out I received this brief text, bolded below, from a politically conservative … 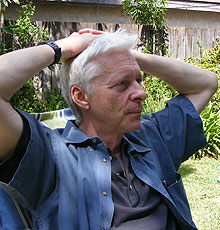 Terry Cassel has traveled thousands of miles across North America and Europe, at times working odd jobs and living off the land. He has sung and played his guitar for a room for the night, or just whiskey and a meal, and knows the folks on the ground in every state and Canadian province.

His passion for this land is like a Woody Guthrie folk song.

He doesn't see America in terms of red and blue states, or as an imperialist world power, but as communities of people with simple, personal interests that transcend politics.

When Cassel hitchhiked throughout Europe, he spent time in the cities and the countryside, talking, living and working with the people. Startlingly inept in four European languages, he has nevertheless noted the profound native reactions to visitors, tourists, immigrants and businesspeople in places as exotic as Andorra, Istanbul and Oklahoma. Like an American Alexis de Toqueville, Cassel brings a uniquely American approach to observing the political, social and religious attitudes encountered abroad. 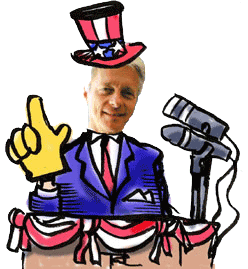