Postcards from the Edge of the Continent

Insight Vacations, of course, is only one of the tour operators covering this area of Western Europe and the top left part of Africa but as we travel around, we hear it is the most dependable. We like the fact it is part of a large company, the Travel Corporation, which carries a million dollar bond on its members, and the fact that it’s been in business for a long, long time.

Dependable is important when some of the travel touches a country like Morocco, a place you are not likely to be visiting again and where you would surely hope to get it done right that one time.

An Insight Vacations staff member collects us in Madrid airport and takes us to our hotel. Our tour leader, Toni Aguilar, welcomes us there enthusiastically. “You are going to see our countries better than you ever imagined possible,” he says. “What you see will be like picture postcards. But the photographs will be yours and they will stay in your memory.”

We are going to start our three-country trip in what he calls “The Land of the Bull.” We think he means the land of the bullfight but he means we will see several replicas of bulls propped up in farmers’ fields standing like the advertisements they once were for the Osborne sherry company.

Our coach is a gorgeous Mercedes-Benz, with enlarged seating space and a toilet. It will take us into this land of windmills, made famous when Cervantes told us how Don Quixote tilted at them, but windy Andalusia still harnesses its blustery weather even today.

We will meet Cervantes and his favorite characters more than once as we travel across our countries with Insight in what the company calls “the Art of Touring in Style.” 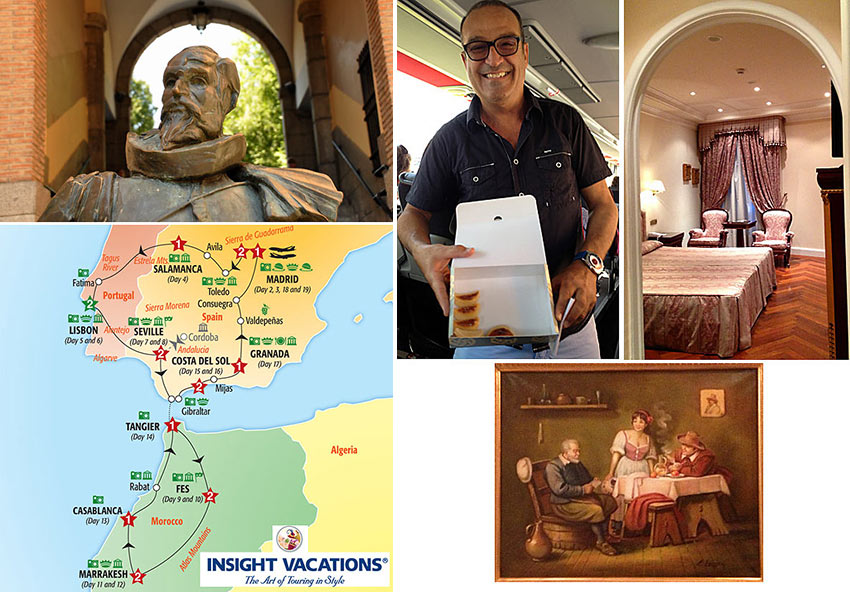 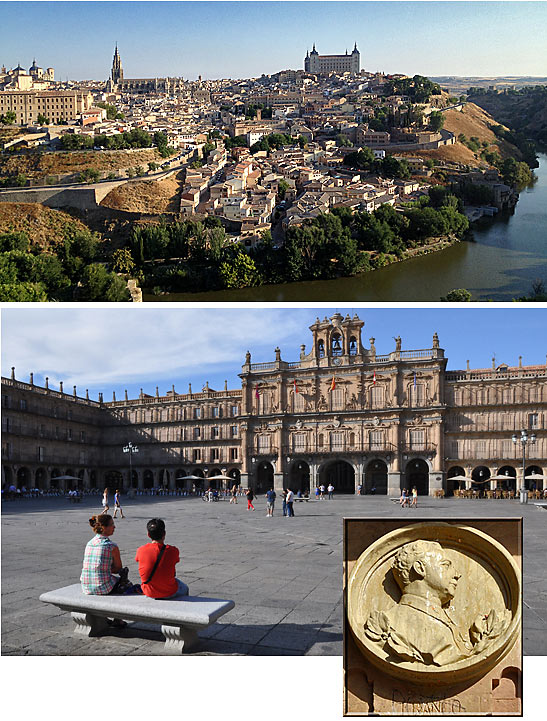 The question we got asked on our return was typically, “Was it all that special compared to what other tour operators offer? We don’t know what all the other companies offer but we were well pleased with Insight Vacations. It was true to the promises on its website. The hotels were better, much better, that what we’ve experienced with other tour operators as were the chosen and special restaurants. Both hotel and restaurant staffs looked after us really well. Toni made an interesting suggestion that we wear our identification tour badges for the first day only then not wear them. He felt when we came into what were often upscale restaurants we’d be received better as a small group rather than thought of as a tourist party to be shuffled to a less charming rear room.

The coach, carefully washed and polished, was gleaming at us every morning, the amiable drivers impressive with their skills on the occasional narrow mountain roads – and Toni, our suave tour operator was very helpful with the pride persons take in themselves when they know they are doing a really good job. Insight Vacations hospitality was not unlike what we saw in an Old Master oil painting in one of our hotels: understated but personal and friendly. 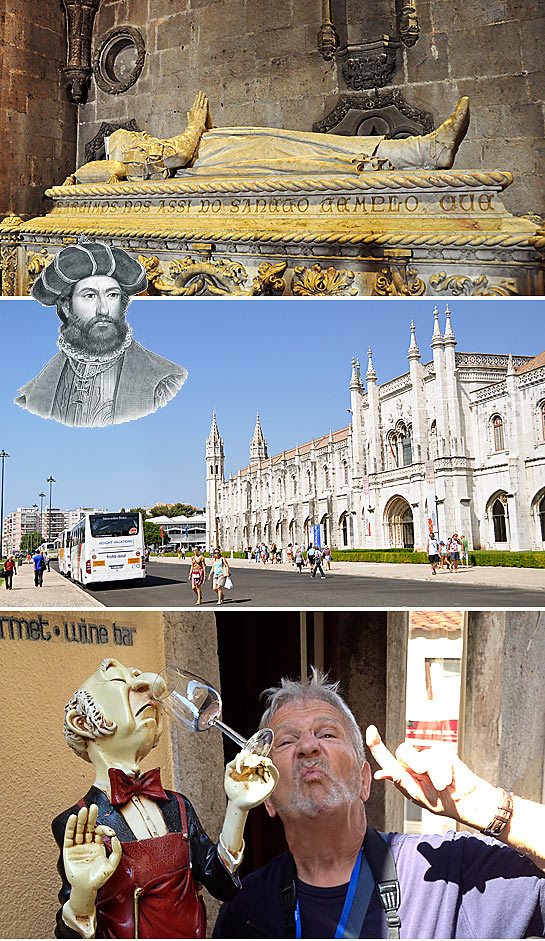 Spain’s cities and small towns were all different. Poised at an elevation of 3400 feet Toledo above the river Tagus seemed more like a German medieval hill town and Salamanca rather like a French university city. In the main square of Salamanca people sit surrounded by plaques on the walls dedicated to previous monarchs. Amongst them is a plaque to, of all people, General Franco, the man who creating a civil war, and almost destroyed his country.

Lisbon comes in like a breath of springtime. What a magnificent history for such a relatively small country; at 36,000 square miles it is about one fifth the size of Morocco. Here lies the body of Vasco de Gama, the famous explorer and navigator of the New World lying in state in the Jeronimos Palace and round the corner beside the figure of a wine snob showing he knows all about Port wine stands another snob. (See one you’ve seen ’em all!)

So it’s people who make photographs special. In Morocco how a man values his donkey. How a woman values her cell phone or her baby. And how an older woman values a job, work that keeps hunger at bay. 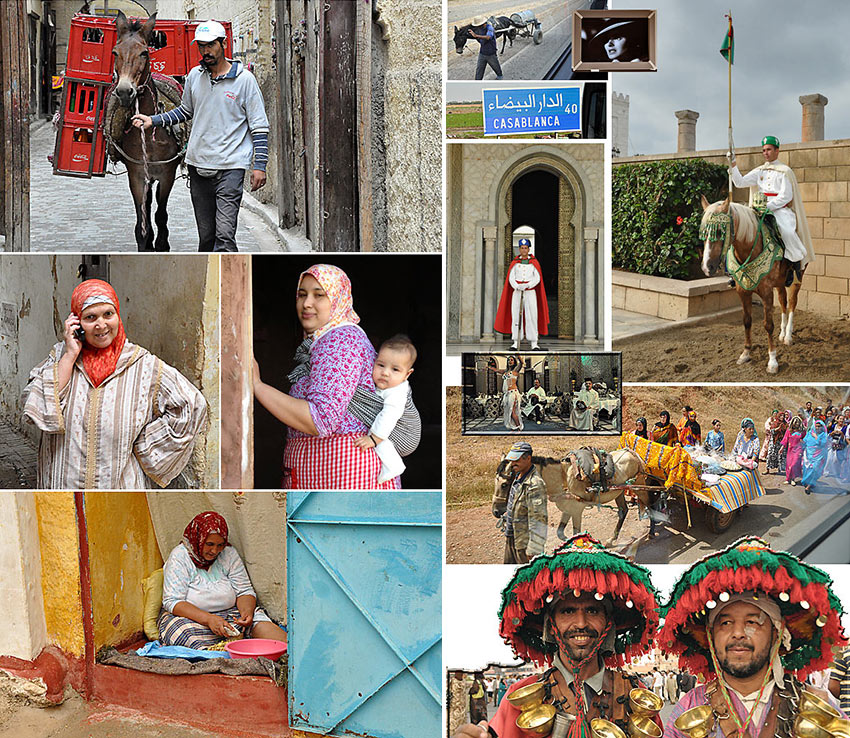 And what does a nation validate? Again, work. Its reputation – even if from Hollywood. Its history, here guarding the capital, Rabat. Its tradition: ze the belly dance. Its ceremonies. And in the main market square in Marrakesh, the same market that opened Hitchcock’s The Man Who Knew Too Much, two performers who jingle as they move but they’re having fun.

Then once we get off the ferry from North Africa there’s Gibraltar complete with its famous Barberry Apes. 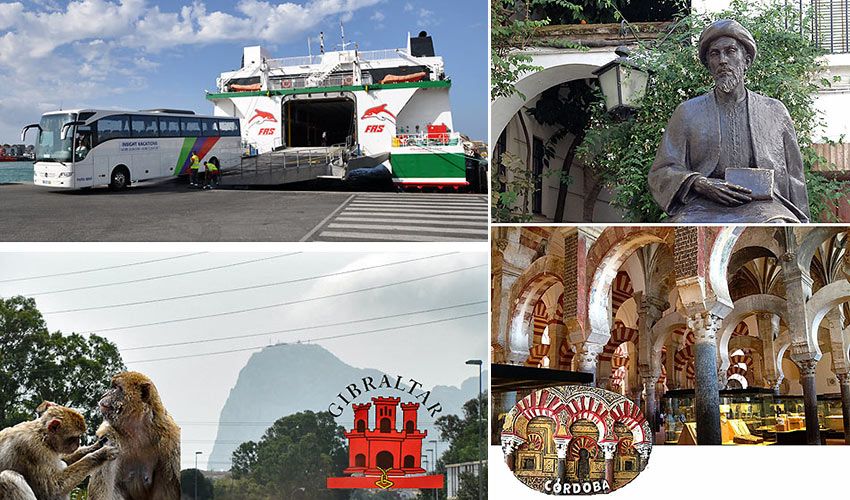 And Spain’s famous cities: Cordoba. Once the most splendid Arab city in the world. And there in the Old Jewish Quarter, the Arabs of the past pay a tribute to a Jew, the Jewish scholar and physician, Maimonides.

Seville comes in the heart of Andalusia, that mystical part of Spain that holds on the best to all Spain’s traditions. It has the second largest bull fighting arena in the world and… 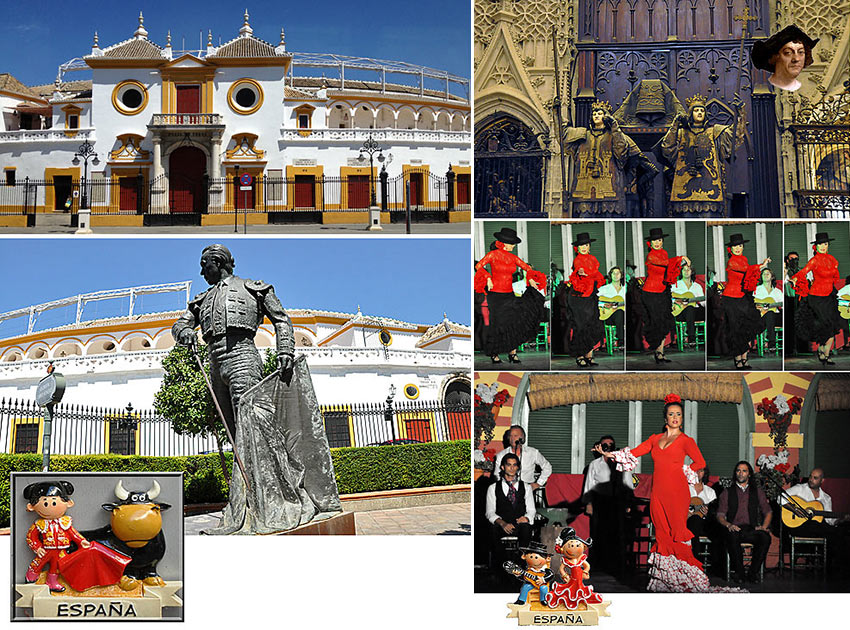 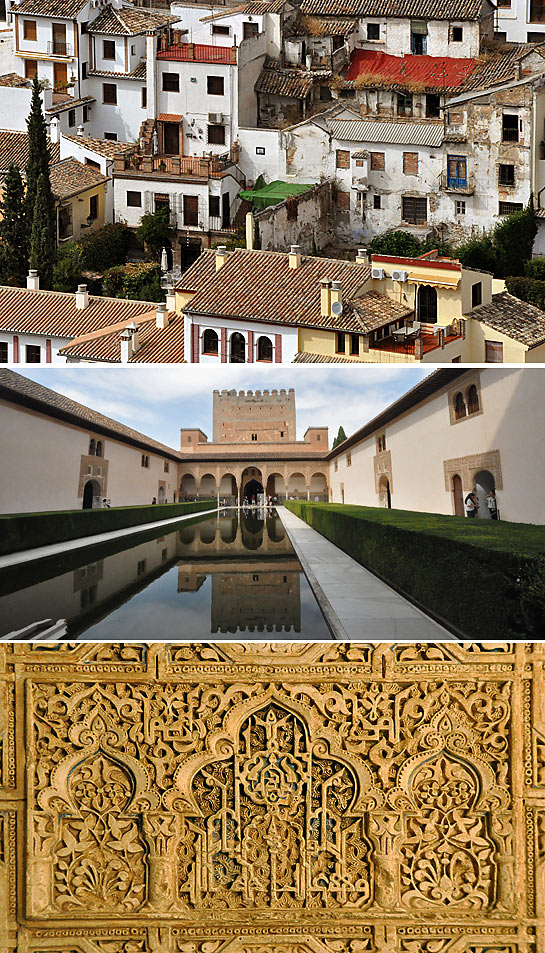 …And it has the flamenco, the most intimate personal dance of any nation. The dancers, our guide says, do not take their style, their tempo from the music but from the audience’s reaction and support – and the musicians take their timing from the dancers. In the Cathedral here lies the body of Christopher Columbus. The Dominican Republic said it had his body but our bones were tested with DNA from his brother Diego. This is the correct grave.

Surrounded by simple homes stands Granada, the special but somewhat simple place the Moors built to show how superior their religion and their art was, compared to Christianity. To today’s tourists dragging through tours of the Great Cathedrals of Europe, the Arabs failed to demonstrate that superiority but Granada does not leave a bad taste in the mouth, an impact on one’s conscience that the poor peasant of medieval Europe were beggared to create the wealth of The Church.

This will be a great year to repeat this tour. 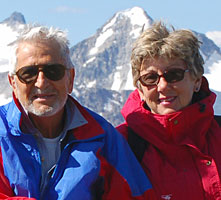 Scottish native, Eric Anderson, a member of the American Society of American Travel Writers, has been writing about travel since 1972. A former family physician he has been the travel editor for a series of glossy doctor magazines that continued to go belly up --- probably due to his writing. Nancy, a former RN nurse educator and technical writer, originally from Ohio now co-writes travel with him.

The two have struggled down the Molokai cliffs on its infamous mule ride, swung screaming from treetop cables in Puerto Vallarta and ridden like the royalty they are on elephants in Thailand. They also write and publish Anderson's World. They bring to Traveling Boy a sense that travel can still be fun if only Eric can find a way, as a cheap, er, frugal Scot, to make it happen. 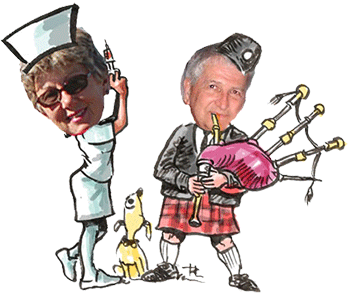 Travel broadens the mind – and the feet.