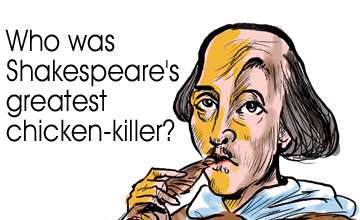 To me he was always Gary, my little brother who thought a lot, laughed a lot and dreamed a lot. His philosophy in life was greatly influenced by Atticus in the movie “To Kill a Mockingbird.” In fact, that was one of his names. He became a lawyer and a scientist ... a Director for the EPA (Environmental Protection Agency) in Washington DC for about 30 years. A series of events (like his dissatisfaction with government corruption) made him quit his job and he found himself alone in a village called Mindo in the jungles of Ecuador which is the northernmost tip of the great Amazon Rain Forest. All throughout his career, he saw the importance of preservation. He made feasibility studies of Ecuador, and then plans which he presented to scientific bodies and received a huge grant from MIT. 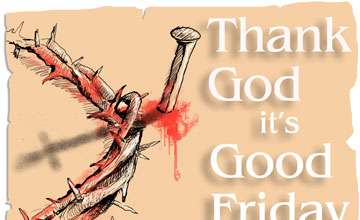 As is our tradition, no jokes today. I'm sorry. And I also apologize if I will be speaking about my faith. Good Friday is the most solemn day in Christiandom; for today, Jesus, the Christ, was wrongfully accused and crucified. 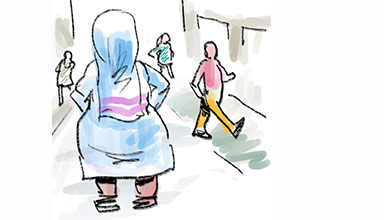 Sister Pia notices several people walking out in the street despite the government order to stay at home due to the Corona virus pandemic. Sister Pia grabs the first man she meets, "Do you want to go to heaven?" 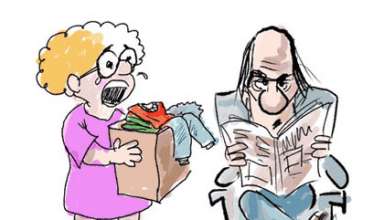 Wife: It's the holiday season and I have a bag full of used clothing I'd like to donate. Husband: Why not just throw it in the trash? That's much easier. 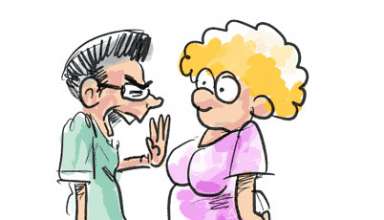 "I can't believe in the Bible!" he exclaimed. "How come?" she asked. "I have doubts!" he retorted.