Lenore goes into a particularly rough labor with her second child. Her husband Frank Davis dutifully waits in the waiting room. Something unimaginable happens in the delivery room. The baby is gone and the medical staff are all dead.

Based on H.G. Wells’ short story “In the Country of the Blind”, Juan De Nunez finds himself in South America, trapped in a remote mountain village where the people (and the animals) have no eyes. In an old book, which they can neither “see” nor understand but regard as a sacred object, he discovers that there is something in the water that has caused this. The old book, written by the early settlers, indicates that their children were born blind, and that THEIR children were born (not only blind) but with no eyes! His love interest, Marina, is somehow different. When he holds a torch in front of her, she can actually follow the light. He determines that she has eyes under her skin, and he believes that he can take her back to the outside world, and with an operation, she would be able to see. This is against the community’s wishes, where De Nunez is considered a freak of nature due to having sight. Plans are made to alleviate him of his eyes. 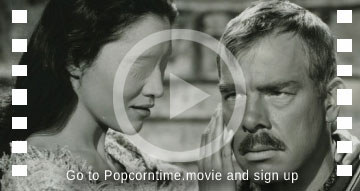 Carrie White, a shy, friendless teenage girl who is sheltered by her domineering, religious mother, unleashes her telekinetic powers after being humiliated by her classmates at her senior prom.

After moving into a suburban home, a couple becomes increasingly disturbed by a nightly demonic presence.

Architect Walter Craig senses impending doom as his half-remembered recurring dream turns into reality. The guests at the country house encourage him to stay as they take turns telling supernatural tales.

A former child star torments her paraplegic sister in their decaying Hollywood mansion.

Anthology film from three European directors based on stories by Edgar Allan Poe: a cruel princess haunted by a ghostly horse, a sadistic young man haunted by his double, and an alcoholic actor haunted by the Devil.

After the death of his wife and daughter in a car crash, a music professor staying at a long-vacant Seattle mansion is dragged into a decades-old mystery by an inexplicable presence in the mansion’s attic.

Oskar, an overlooked and bullied boy, finds love and revenge through Eli, a beautiful but peculiar girl.

A wealthy San Francisco socialite pursues a potential boyfriend to a small Northern California town that slowly takes a turn for the bizarre when birds of all kinds suddenly begin to attack people.

A young couple trying for a baby move into an aging, ornate apartment building on Central Park West, but find themselves surrounded by peculiar neighbors.

A mentally disturbed man takes residence in a halfway house. His mind gradually slips back into the realm created by his illness, where he replays a key part of his childhood.

A religious fanatic marries a gullible widow whose young children are reluctant to tell him where their real daddy hid the $10,000 he’d stolen in a robbery.

A drifter obsessed with the supernatural stumbles upon an inn where a severely ill adolescent girl is slowly becoming a vampire.

A criminal mastermind uses hypnosis to rule the rackets after death.

A small-town farmer’s son reluctantly joins a traveling group of vampires after he is bitten by a beautiful drifter.

Directed by George A. Romero

Following an ever-growing epidemic of zombies that have risen from the dead, two Philadelphia S.W.A.T. team members, a traffic reporter, and his television executive girlfriend seek refuge in a secluded shopping mall.

A family heads to an isolated hotel for the winter where a sinister presence influences the father into violence, while his psychic son sees horrific forebodings from both past and future.

A Phoenix secretary embezzles $40,000 from her employer’s client, goes on the run, and checks into a remote motel run by a young man under the domination of his mother.

READERS, feel free to offer comments on you own selections of favorite films for Halloween watching.  Please send to Ed@TravelingBoy.com, and we will post in our Readers’ poll.

READERS’ POLL (as of today)

Ramon; St. Louis, MO: What no Exorcist!? I couldn’t sleep for a week after seeing it.

Favorite State for a Food Experience

“Restaurant” is a derivative of the Latin word “restore.” Inns were once places where trav…