As July 4th marches to our door, many of all us look forward to great celebrations with families and friends; displays of  fireworks and flags; seductive meals of hot dogs and hamburgers, potato salads and Cole slaw, and corn, tomatoes and watermelons — some brought to us by immigrants who have blessed our land, while other food items already in our diet thanks to the pre-Columbian Amerindians. It is a day which I always relish. Children and adults play. The laughter is infectious and conversations on your stoop or porch merits the same enthusiasm.

Today, the U.S. is both large in space and in population with 326.68 million people. And with Independence Day, the term of Patriotism is appropriately addressed.

For me, Patriotism in the U.S. is not simply waving a flag or wearing an Uncle Sam hat; it is being a good citizen: concern for the well-being of the country and willingness to sacrifice to promote the country’s good. Yes, Patriotism is the love and respect for one’s country, but not blindly following the beliefs and dubious values of current elected political leaders, particularly in today’s partisan nation. Fortunately, our constitution still allows us to speak out with no fear of reprisal. It is the very essence of our freedom. Sadly, today with C-19 virus rocketing to new levels of infections, we have many self-absorbed citizens who think their constitutional rights allow them to spread the virus to the most venerable, by not adhering to CDC guidelines of wearing masks in public places and social distancing. Mask shaming is a thing of the past, where some bad citizens are actually verbally attacking those wearing masks, even throwing items at shop and restaurant employees who won’t admit them for not wearing them. Like California’s rage driving laws, we are instructed to just ignore any form of confrontation. It’s bad enough already.

Patriotism and nationalism combined can cross the line into the ugly realm of jingoism. Imagine running your country as if it were your own home; economically, you want more money coming in than going out.  But do you really want to stand on your front porch, and scream to your neighbors: “My house is the best house in the neighborhood! It’s so great that everyone one of you wants to live in my house.”

But what is the standard definition of Patriotism?

The standard dictionary definition reads “love of one’s country.” This captures the core meaning of the term in ordinary use; but it might be too simplistic and in need of a more in-depth analysts. In what is still the sole book-length philosophical study of the subject is Stephen Nathan son’s Patriotism, Morality, and Peace (1993) where he defines patriotism as involving:

And then there’s Patriotism and Nationalism.

George Orwell contrasted the two in terms of aggressive vs. defensive attitudes: “Nationalism is about power: its adherent wants to acquire as much power and prestige as possible for his nation, in which he submerges his individuality. While nationalism is accordingly aggressive, patriotism is defensive: it is a devotion to a particular place and a way of life one thinks best, but has no wish to impose on others.” (George Orwell 1968).

And how about the Stars and Stripes?

Perhaps Iraqi war hero and Illinois senator Tammy Duckworth said it the best: “Listen, that American flag is the same flag that would drape my father’s coffin, my coffin, my husband’s coffin and my brothers.’ — It has draped them for generations,” she said. “No one respects that flag more than I have. But I will respect the right to protest it, too. I would leap into a burning fire to pull that flag to safety, but I will fight to the death for your right to burn it. The most patriotic thing you can do is not necessarily putting on the uniform but speaking truth to power, exercising your First Amendment rights — that’s what created America, right?”

God Bless you senator, and may we all have a safe and wonderful Independence Day celebration, regardless of what side of the flag you stand on. Together, through science and our support of the now fragile Jeffersonian experiment in democracy, we will remain strong and united. — Ed Boitano

During this month in 1885, the Statue of Liberty arrived in New York Harbor, signifying more than a century of friendship between the United States and France. But I ask, what has become of our friendship with our very own people. Our nation turns its desperate eyes to the White House for some form of unity and leadership, but only receive egregious speeches of hatred, decisiveness and polarization in return. I’ve viewed a few heart wrenching clips of black parents having to gently explain to their young adolescent children why there are protests and what they may expect when going out into the world alone, facing suspicion, discrimination and second-class status by Bad American Citizens. One little girl broke into tears and desperately clung to her father, almost in anticipation of the protection she will need in the future. Why is the world so ugly? What type of American would inflict such cruelty on so many innocent young lives? Recent statistics indicate there is actually an uptick in teenage African-American suicides.

Now the Coronavirus (COVID-19) pandemic almost feels like an afterthought, despite the spikes hitting new levels of deadly infections in numerous states which defiantly opened too early. Washington State’s Yakima County, with a population of 250,873, now has infection numbers higher than King County’s 2.253 million citizens.

Fortunately there are still many Good Citizens who are following the CDC’s guidelines of wearing masks in public places, practicing social distancing and regularly washing their hands. It’s pretty easy to do, but sadly there are others not following the rules, believing their Constitutional Rights allow them the right to spread the virus to our most vulnerable. But let’s not forget that Direct Relief is coordinating with public health authorities, nonprofit organizations and businesses to provide personal protective equipment and essential medical items to health workers responding to the deadly virus. Together, through science and our support of the now fragile Jeffersonian experiment in democracy, we will stand strong and overcome this heartless madness. – Ed Boitano

Recreate Japan’s onsens, find mindfulness through zen meditation and shakyo, and practice the technique of kintsugi from home

For would-be travelers dreaming of an escape to Japan post-lockdown, there are a variety of fun, interactive ways to recreate some of the country’s ancient wellbeing and mindfulness practices from afar. The below methods and products highlight how some of Japan’s oldest traditions, from onsens to the art of kintsugi, will help to inspire travelers to start planning their next restorative journey to Japan.

One of Japan’s most iconic wellness attractions, the onsen (or hot spring), is naturally enriched with vitamins and minerals from subterranean volcanic activity beneath the archipelago. There are a variety of products travelers can buy to enhance their own Japanese-style bath at home; the Japanese brand Kracie has created a variety of bath salts, allowing people to bring the magic of the onsen into their homes. These bath salts mimic the vitamin and mineral composition of some of Japan’s most popular onsens. Each packet of salts has a specific purpose, so people can mix and match the salts to create their desired wellness remedy.

Another way to enjoy the Japanese-style bath at home is to introduce the scent of hinoki, or Japanese cypress. This type of wood is used for traditional Japanese bathtubs and bath products in ryokans and local homes, as the scent has a relaxing effect on the body. Adding a few drops of hinoki essential oil or burning a hinoki-scented candle can elevate any bath experience.

For a moment of mindfulness, the Soto Zen Buddhist Association also recommends the practice of zazen meditation, a meditative discipline specific to the Zen Buddhist tradition. In Japan, only two monasteries practice this form of Buddhism: the Daihonzen Eiheiji in Fukui Prefecture and the Daihonzan Sojiji in Kanagawa Prefecture. The association has a starter video to help anyone get started.

Other forms of mindfulness include the practice of shakyo, or hand-copying Buddhist sutras. Shakyo originated before printing and was the primary way of diffusing the teachings of Buddha. Now, the practice is done as a form of prayer, and copying sutras can help someone obtain various blessings. Various kits can be found online such as this one that comes complete with a brush pen, transcription paper and a sutra.

Directly translating to “golden journey,” kintsugi is the meditative Japanese art of repairing broken pottery with a special lacquer dusted in gold, silver or platinum and is tied to the philosophy of wabi-sabi, embracing the flawed or imperfect. The technique was originally invented in the 15th century and can now be practiced at home, using safe and hypoallergenic kits such as this one that has everything needed to successfully repair broken ceramics. Today, most gold used to fix ceramics with the kintsugi technique in Japan can be traced back to Kanazawa, which produces 99% of all domestic gold leaf.

These are just a few of the many wellbeing traditions that are entirely unique to Japan. Visit this page for more inspirations. 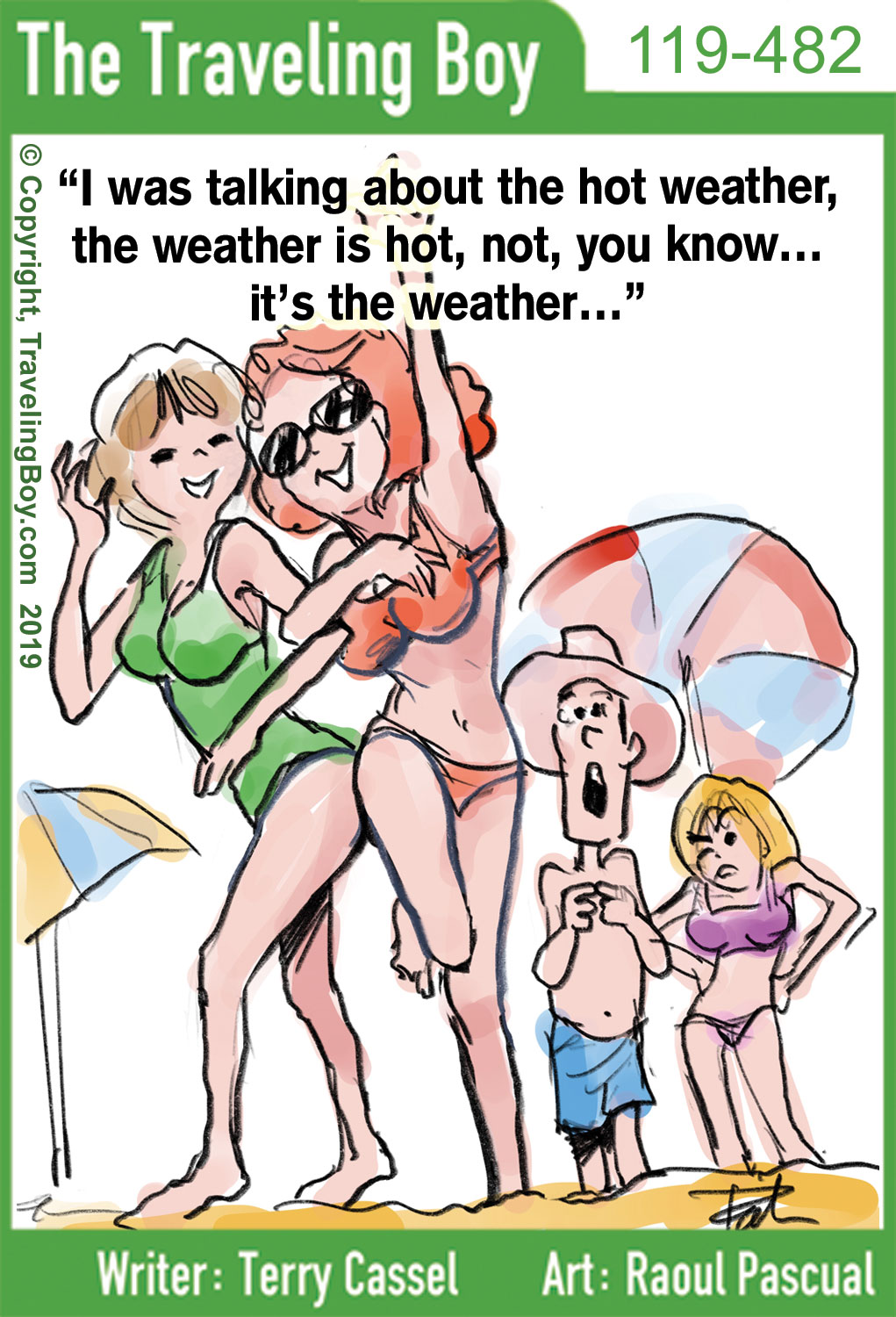