It’s a NOTHING day! The sun never came out today. That’s quite unusual here in California. No one really spent any time outside because it drizzled all day. People went about their regularly scheduled meetings but essentially, NOTHING major happened. It was a NOTHING day.

What if NOTHING happened in the world one day? Imagine what the Prime Time Network News would sound like:

“Good evening, this is your 9 o’clock news. NOTHING happened at the Capital today … Hmmm … let’s go to our field reporter, Lois Blain, at the downtown Police Station. Lois?”

“Good evening Barry. Apparently NOTHING happened today so back to you.”

“Okay! We’ve just checked will all our other reporters and across the board, everyone agrees it was a NOTHING day! Everything’s safe and peaceful. This is Barry Cronkite signing off! Good night! Sleep tight. NOTHING to fear! NOTHING expected. NOTHING to be excited about. Today was a NOTHING Day.”

We’re constantly bombarded by violence, scandals and other depressing news. There’s a lot more good news than bad. But it’s the bad that make the headlines. Did you know that it’s just a handful of people in the news department who determine what deserves coverage in the news? It’s their job to make the news interesting. They conjure up the hype. After all, who would watch the show if there wasn’t NOTHING to share? That’s why they have news fillers (which are not time sensitive) stashed away in case they run out of exciting news.

Knowing this fabricated hype, why do you want to be suckered into believing that things are in chaos every day? There is always the bright side. A day when NOTHING happens? That’s really good news!

Here’s my gift to you. Click on the image below and download the picture. You can print it out on a regular 8.5″ x 11″ bond paper. Whenever you feel down, look at this picture and remember, the days when NOTHING happened. God has been, God is, and God will always be — in control. 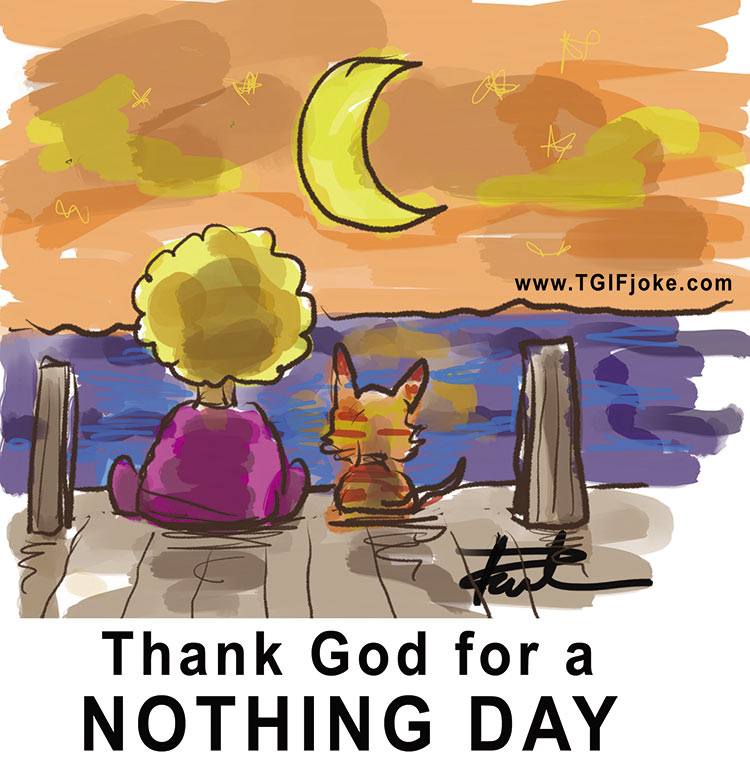 “It’s all about finding the calm in the chaos.”
— Donna Karan

Contributed by Tom of Pasadena, CA
(From the TGIF vault)

A policeman was interrogating 3 airheads who were training to become detectives. To test their skills in recognizing a suspect, he shows the first airhead a picture for 5 second and then hides it.

“This is your suspect, how would you recognize him?”

The first airhead answers, “That’s easy, we’ll catch him fast because he only has one eye!”

The policeman says, “Well…uh…that’s because the picture shows his PROFILE.”

Slightly flustered by this ridiculous response, he flashes the picture for 5 seconds at the second airhead and asks her, “This is your suspect, how would you recognize him?”

The second airhead giggles, flips her hair and says, “Ha! He’d be too easy to catch because he only has one ear!”

The policeman angrily responds, “What’s the matter with you two?!? Of course only one eye and one ear are SHOWING because it’s a picture of his profile!! Is that the best answer you can come up with?”

Extremely frustrated at this point, he shows the picture to the third airhead and in a very testy voice asks, “This is your suspect, how would you recognize him?”

He quickly adds “…think hard before giving me a stupid answer.”

The airhead looks at the picture intently for a moment and says, “Hmmmm…the suspect wears contact lenses.”

The policeman is surprised and speechless because he really doesn’t know himself if the suspect wears contacts or not. “Well, that’s an interesting answer…wait here for a few minutes while I check his file and I’ll get back to you on that.”

He leaves the room and goes to his office, checks the suspect’s file in his computer, and comes back with a beaming smile on his face.

“Wow! I can’t believe it…it’s TRUE! The suspect does in fact wear contact lenses. Good work! How were you able to make such an astute observation?”

“That’s easy,” the airhead replied. “He CAN’T WEAR regular glasses because HE ONLY HAS ONE EAR and ONE EYE!”

You can really taste that lemon when you see their faces. Even now as I type this there’s a tingling from my mouth to my heart. Weird!

Politically Incorrect but who cares? If anyone else delivered these jokes, it wouldn’t be funny. This immigrant can find humor in subjects that would infuriate others.

Thanks to Dom of Kelowna, B.C. who shared this photo 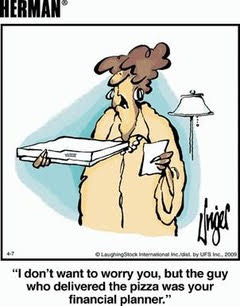