What is a sport where people spend most of their time socializing than watching the game? Most of the time is spent waiting and waiting and waiting for something interesting to happen. It can be dangerous because players actually use a weapon. It’s a legal weapon that does not need to be registered. Some people carry this weapon in the back of their cars. In fact, I know of a New York policeman who does this in case there is a riot. There’s a lot of chewing and spitting and fidgetting going on — it’s the only thing to do because it’s so boring. It’s as exciting as watching a race between a snail and an ant. It is a sport where most of the action is focused on just 2 people taunting each other while the other 8 players on stage wait for their chance to become a star. If you’re obese? Who cares? As long as you can still “tiptoe through the tulips” you can still play and get paid by the millions. Whether you are a lefty or a righty, you have to use both hands … your weaker hand is covered and protected, the other isn’t. It’s played outdoors but unlike real macho, physical, brutal contests, a little rain calls off the whole sissy game.

I think my disdain for this sport can be traced to my youth. I was never chosen to play when I was a kid so I never appreciated this game. I often wondered who would pay the players millions of dollars just to strut their butts like peacocks because most of the time they have their backs on you. What’s even more surprising is, it’s not really a contact sport yet a good number of the players get hurt …. mostly because of a self-induced accident.

If you guessed BASEBALL, you got it right.

BUT last Tuesday I went to watch an Angels game. And, miracle of miracles, I am now a reformed baseball-hater. I can’t say I love it but now I get it. My daughter had free tickets to an Angels baseball so my family went to watch a live game. I was impressed. Volunteer good-natured senior citizens helped give you directions. The lights were so bright I didn’t notice when the sun went down. The field was so green and manicured I wanted to go down and touch it. Hardly anyone was paying attention to what was going on because, unlike watching a commentator on TV, you didn’t know how many strikes, balls or foul balls were at stake. You could hardly tell who was playing. But everyone was having a good time. It was like you were in a giant picnic. The couple behind me were chatting the whole time and I felt I was part of their conversation. There were so many kids running around and parents laughing behind them. The peanut guy, thechurros guy, the beer guy  and the hot-dog-&-drinks guy were all fun to watch — each of them with their unique way of selling their wares. And then there was the humongous big screen TV which flashed trivia games and kissing couples. It was fun. I mean, REALLY fun. No wonder they call it America’s favorite pastime. People laughing, families taking care of families — man! this is America. What a blessing to be part of this.

Like many things in life we can form opinions based on observations from afar. But when you are actually living it, the unspoken experiential nuances shame your biases. I admit I have been guilty of my narrow assumptions. If I have said anything to offend you in any of my many blogs, please let me know. I am open to your corrections.

Who would have thought there was a lesson in humility in the game of baseball?  TGIF people!

Thanks to Joel of Singapore for sending this joke.

Unedited Robin Williams doing a commercial … at least he is trying his best to stop the practical joker inside him. If you’ve never seen a display of multi-personalities, just watch. I couldn’t stop laughing.

WARNING: With Robin Williams, there is always some profanity.

A man tried to assault me with milk, cream and butter. How dairy!

Do you have time on your hands? Are you ready to take a short visual quiz? Below are 2 PDF files. One is for the women. The other is for the men. Both are about trademark/logo recognition. See how well you can guess the name behind the icon. Try it out with a friend.

Being in the design industry and having designed quite a few of these logos myself,  I can really appreciate these great visuals.

Thanks to Naomi of N Hollywood, CA who shared this. 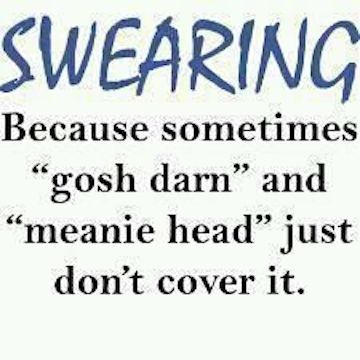