It was an uphill battle from the start. Like the heroes of the Star Trek series realized, the Borg were just too powerful — resistance was futile. Similarly, resistance to the charms of that feline was futile. The creature that my wife and daughter connived to bring into our home was out to get me from day one. I knew cat hair would pile up. I knew cat food coming in (feeding) and coming out (pooping) would be a daily routine … so would the expensive visits to the vet. I avoided it for months but it kept coming to me for scratches and massages. It was terrible. I was used. I was manipulated by an expert. Those ever-curious eyes that glowed in the dark, the gentle pushes for attention when we were in bed, the routines of meeting me halfway down the stairs — who could resist?

I dug up this old story that Naomi of N Hollywood sent me back in 2014. It reminded me so much of my predicament today. We’ve all had trouble with our animals but I don’t think anyone can top this one:

Calling in sick to work makes me uncomfortable. No matter how legitimate my excuse, I always get the feeling that my boss thinks I’m lying.

On one recent occasion, I had a valid reason but lied anyway, because the truth was just too darned humiliating. I simply mentioned that I had sustained a head injury, and I hoped I would feel up to coming in the next day. By then, I reasoned, I could think up a doozy to explain the bandage on the top of my head.

The accident occurred mainly because I had given in to my wife’s wishes to adopt a cute little kitty. 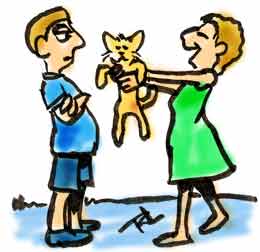 Initially, the new acquisition was no problem …then one morning, I was taking my shower after breakfast when I heard my wife, Deb, call out to me from the kitchen.

“You know where the button is,” I protested through the shower pitter-patter and steam. “Reset it yourself!”

“But I’m scared!” she persisted. “What if it starts going and sucks me in?” There was a meaningful pause and then, “C’mon, it’ll only take you a second.”

So out I came, dripping wet and butt naked, hoping that my silent outraged nudity would make a statement about how I perceived her behavior as extremely cowardly.

Sighing loudly, I squatted down and stuck my head under the sink to find the button. It is the last action I remember performing.

It struck without warning, and without any respect to my circumstances. No, it wasn’t the hexed disposal, drawing me into its gnashing metal teeth. It was our new kitty, who discovered the fascinating dangling objects she spied hanging between my legs. She had been poised around the corner and stalked me as I reached under the sink. At the precise moment when I was most vulnerable, she leapt at the toys I unwittingly offered and snagged them with her needle-like claws. I lost all rational thought to control orderly bodily movements, blindly rising at a violent rate of speed, with the full weight of a kitten hanging from my masculine region.

Wild animals are sometimes faced with a “fight or flight” syndrome. Men, in this predicament, choose only the “flight” option. I know this from experience. I was fleeing straight up into the air when the sink and cabinet bluntly and forcefully impeded my ascent. The impact knocked me out cold.

When I awoke, my wife and the paramedics stood over me. Now there are not many things in this life worse than finding oneself lying on the kitchen floor butt naked in front of a group of “been-there, done-that” paramedics.

Even worse, having been fully briefed by my wife, the paramedics were all snorting loudly as they tried to conduct their work, all the while trying to suppress their hysterical laughter … and not succeeding.

Somehow I lived through it all. A few days later I finally made it back in to the office, where colleagues tried to coax an explanation out of me about my head injury. I kept silent, claiming it was too painful to talk about, which it was. “What’s the matter?” They all asked, “Cat got your tongue?”

If they only knew!

If you don’t have pets, take it from me, don’t even consider it. If you already succumed to the temptation, you have my sympathy. May the animals in your home keep you out of trouble! TGIF people! 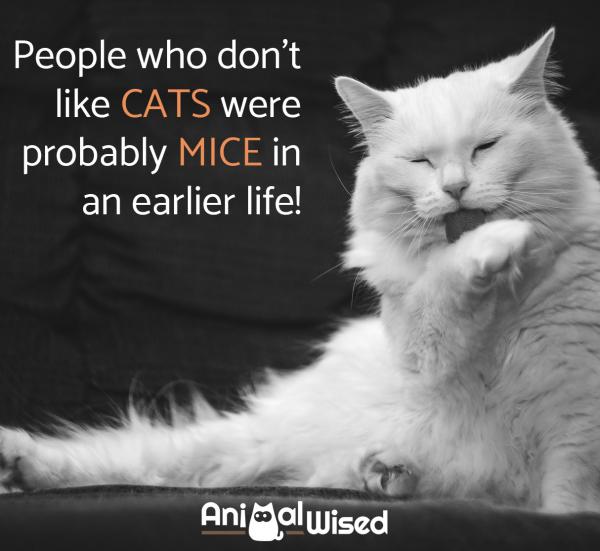 Tim Conway: The Dentist
Sent by Don of Kelowna, B.C.

One of our favorite comedians passed away this week. Don requested that, in his honor, we share one of his beloved skits. Goodbye Tim. Thanks for all the laughter.

There was the person who sent ten puns to friends, with the hope that at least one of the puns would make them laugh. No pun in ten did.

Interesting Video of the Week

Watch “How Amazon Spies on Americans with Face-Rekognition.” This is pretty long but this guy presents it with wit and humor. 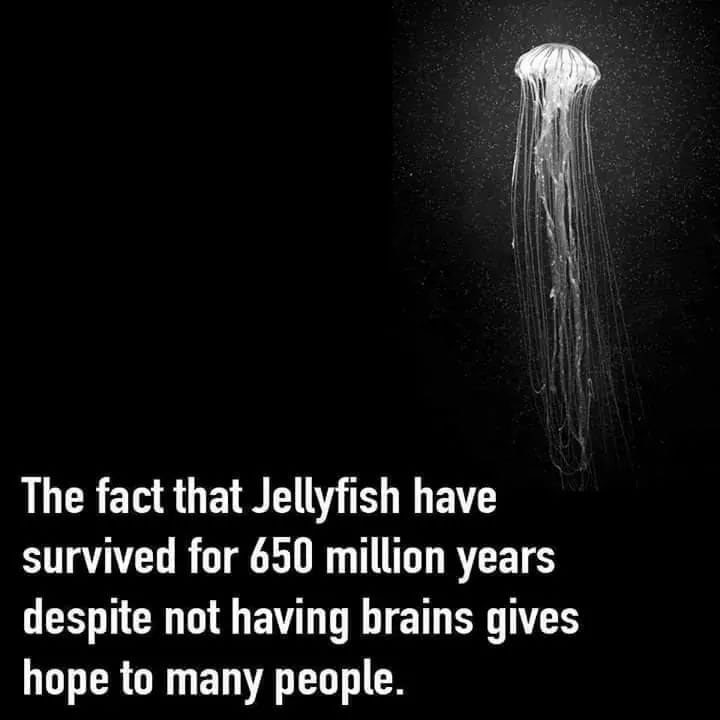