I Have Met Santa Claus … And His Name is Norman

Norman is part of the FORBS (Fraternal Order of Real Bearded Santas). Last Saturday, I was in a kid’s Christmas event at the Whittier Museum plugging the book: “Tom the Mouse” (You haven’t bought it yet? What are you waiting for?). In between his duties, Norman and his wife, Linda (Mrs. Claus), and I chatted about his seasonal adventures. He said he had so many Santa stories that he might write a book. Of course I told him if he needed any help with production and illustrations, I knew someone who was excellent in getting his ideas together [wynk! wynk!]

He shared a story about an angry little girl whose arms were crossed and  looked at him accusingly. Norman wondered if he did something to offend her. She opened up: “So … where’s the Barbie Doll House I wrote you about? All I got last year was a cheap stocking stuffer!”

There was a little boy who couldn’t stop talking. “My brother was so good he [did this and that] …” After a while Norman realized the boy was avoiding something. So he asked the kid: “Your brother sounds like a good little boy but what about you?” The boy just kept babbling more about his saintly brother. “But how about you?” Norman insisted. More talk about his brother until finally he stopped and put his head down. “Aw, gee!” he said, “I guess you won’t be bringing me that bicycle again this year, huh?”

Oh, the imagination of young people. So precious. So innocent. Remember when you sat on Santa’s lap? Where did the years go? Aren’t you glad you are allowed to become a kid every year when we celebrate the birth of God-made-Man?

I like Santa but I do have to point this out: If you haven’t figured it out yet, Norman is a fake Santa. Surprise! Surprise! Do you realize the power he holds comes from children who want to believe and their parents who feed their imagination? Lots of fake stuff going around in this world today. Some good. Some bad. Like Santa, the power of pretension (fake news, fake smiles, fake ads, etc.) exists because of people’s belief system. It’s an open debate whether adults should lie about Santa or not. Personally, my wife and I never lied to our kids. We told them to respect and not to ruin the game of other families. They always knew the truth ahead of their contemporaries. They never felt deprived of their childhood, never had to transition from a lie, and they’re all the better for it. But that’s just our family.

I know some of you celebrate the season in different ways. But if I’m not mistaken everyone buys presents for their loved ones. Isn’t it wonderfully amazing that we all experience this genuine exchange of love towards each other? I know I’m going to make a mistake in this greeting but what the heck! — Merry Christmas! Happy Holidays! Happy Hanukah! Happy Diwali Day! Happy Bodhi Day and Happy Ramadan! May God bless us all. Peace on earth. Goodwill to man!

“My idea of Christmas, whether old-fashioned or modern, is very simple: loving others. Come to think of it, why do we have to wait for Christmas to do that?”— Bob Hope

Donald and Hillary Sing a Christmas Duet
Sent by Don of Kelowna, B.C.

I thought this was very funny and well done. No, it isn’t political .. just funny.

A Social Media Christmas
Sent by Charlie of New Jersey

Here’s something I got right after Christmas … last year! I’ve been saving it all this time. It’s still pretty good.

WARNING: RELIGIOUS/POLITICAL video: Skip if this bothers you

In this politically correct world, do you say “Happy Holidays” when you really want to say “Merry Christmas?” This Jew’s perspective  makes you think. 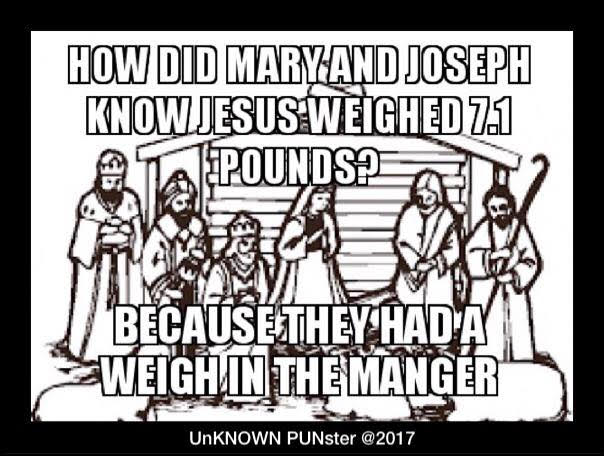 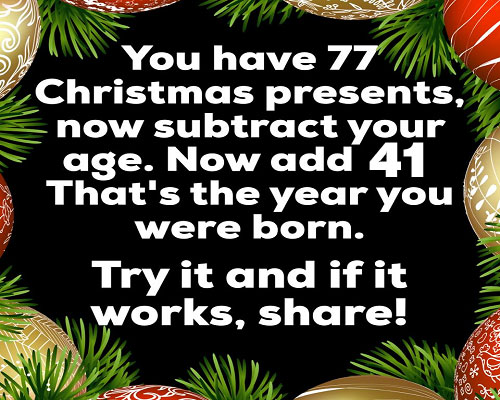 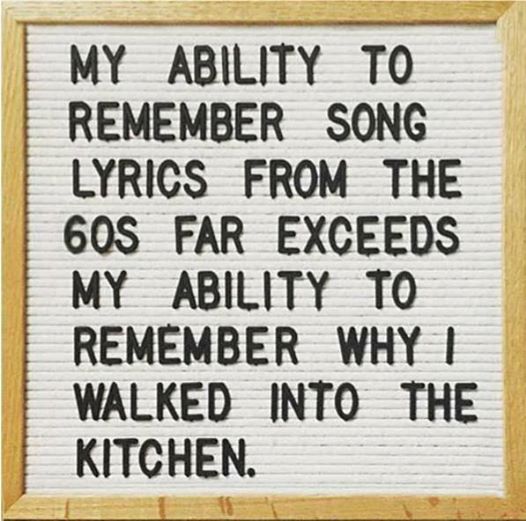 Hey, do me a favor. Get your copy of the brand new Traveling Boy Joke Book. It’s pocket size and is perfect for a stocking stuffer. It’s about $10 only, unique and … ideal for your office mate or business friend.