Luther Tucker loved the blues. Born in Memphis in 1936 his path in life seemed pre-destined when he moved to Chicago in the early 1940s. His mother played piano and she would eventually introduce young Luther to some of Chicago’s most legendary bluesmen. Luther remembers, “It was very exciting. My mother took me over to the club of Mr. Big Bill Broonzy, he had a club over on the Southside, and my first introduction to the blues was Mr. Muddy Waters.” That meet and greet would leave an indelible mark on Luther’s direction. When we sat down in the late 1980’s, Tucker was touring with the James Cotton band behind Cotton’s ‘Take Me Back’ album.

You’ve been around the music a very long time, what are the blues to Luther Tucker? “The Blues will never die, everybody’s got the blues. I had some pretty good times and some pretty rough times and it’s all in life, every day brings a change.” And when pressed, the most memorable of those two, were of course, “the good times; I had the pleasure of recording with some very famous musicians; Mr. Little Walter, Mr. Muddy Waters, Mr. Sonny Boy Williamson and Mr. James Cotton also. It was a pleasure having the opportunity to express my feeling toward the blues. I loved every minute.”

You were part of Little Walter’s band in the 50s. “He was quite some character, a very lively fellow, outspoken sometimes. A very beautiful musician, he had a beautiful talent for the harmonica. He was one of the best at the time.”

You’re currently playing with James Cotton on the ‘Take Me Back’ tour. And you’ve backed on guitar some of the greatest bluesmen that ever lived. Muddy loved you, Little Walter, Sonny Boy Williamson and more recently Kim Wilson and Charlie Musselwhite? “Yes, I’ve played with Charlie. About ten years ago I was in his band, for maybe about a year and a half. He’s a very fine musician.”

Let’s talk a little about your road. “In my younger days, I enjoyed running up and down the road, you know? It was exciting to see different cities and the different atmosphere. It was great, but now that I’m getting older, I want to settle down and kick back!” (laughing) “I’ve been living in California for the last 22 years since I left the James Cotton blues band. I think Marin County is my spot. I’m trying to get away from that snow!” (laughing) “I lived in Chicago for 29 years.”

Bet you have some great Chicago club stories? “It was very exciting. When I was getting started my mother took me over to the club of Mr. Big Bill Broonzy, he had a club over on the Southside, 37th and Cottage Grove and my first introduction to the blues was Mr. Muddy Waters. He was playing at this club, Mr. Sunnyland Slim was playing piano, Mr. Robert Lockwood, Jr. was playing guitar and they had some little fella’ named Shorty, he used to be with the band, this was years ago, like 1951 or something like that. And my mom introduced me to these gentlemen playing in this nightclub, Mr. Muddy Waters, Mr. Sunnyland Slim and Mr. Robert Jr. and I loved the way they sound, you know? And I said, ‘Hey, I’d like to be a musician, I like that sound and I’d like to be a part of it.’ That helped me make my decision and my feeling toward the music and it really kept me outta’ trouble, too. I used to run up and down the street, you know? Young and nothing to do, but that gave me something to do, and I started practicing.”

Did you ever play out on the street? “I went to Belgium about five or six years ago and I did it for fun. In the piazza’s to see how exciting it was… and it was beautiful.”

You’re originally from Memphis? “That’s where I started from. I left Memphis when I was about eight years old.” Memphis is known as the ‘home of the blues.’ “I’ve always had thoughts to go back there and check it out just one more time, maybe someday I will.”

You worked with John Lee Hooker a few times? “Aw, he’s another beautiful musician. I worked on two or three of his albums, something like that. It was a pleasure playing with the gentleman. He was a very fine gentleman and very fine musician.”

This tour with Cotton you are playing both clubs and theaters? “About half and half and each time it’s different. It’s a good feeling and it seems like every crowd enjoys it more, until the next crowd, and then the crowd after that, it’s just beautiful. We opened for John Lee Hooker last night.”

After this tour, you head back home? “Yeah, each one of us has our own band, mine is the Luther Tucker band and we’re in Marin County.”

The fact that you meet Muddy so early in your career, what do remember the most from that Chess era? “He was a very beautiful musician; he really made an impression on my music playing. It was always a pleasure playing and recording with him.” 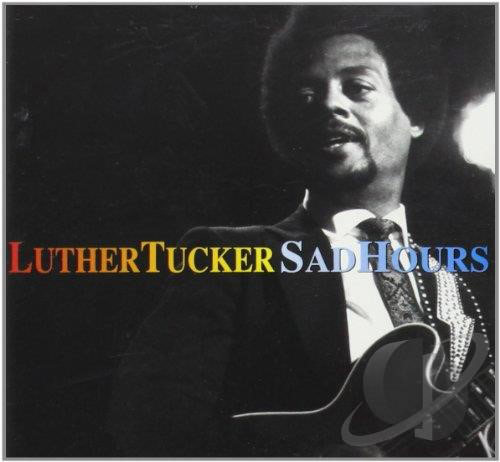 How about Willie Dixon? “He was in the studio almost every time I was in there. Every time you look around, Mr. Willie Dixon was there. He was a great producer and wrote a lot of good blues. He wrote for Muddy, he wrote for Howlin’ Wolf, Sonny Boy Williamson and so many people.”

You also worked with Otis Rush. “Yes, I played with him about three years. He’s a very fine musician. I love his voice.” And you knew Sonny Boy Williamson II? “Yes, I had the pleasure of recording with him. Quite some harmonica player and had a feeling for it, too. Blues with a feeling? Nobody could do it like Little Walter!” He smiles. “Nobody could do it like Mr. Little Walter.”

How about Big Walter, Shakey Walter Horton? “He was one of the greatest, just like Little Walter. Unfortunately, some people have bigger appetites than the others.”

One more, Otis Spann. “Oh, he was quite some piano player. I worked with him with Mr. Muddy Waters, Mr. Sonny Boy Williamson and Mr. Little Walter. He recorded with quite a few musicians. He and my mom used to sit down at the piano and play together and that was some playing… I’ll never forget that. It really got me interested in playing. My mother she played piano, one of those unknown musicians, you know? That’s the way it goes sometimes.

We lost Luther Tucker from cardiac arrest in June of 1993, he was just 57 years old.

Primer has been amazingly productive over the years; he's recorded and toured with everyo…