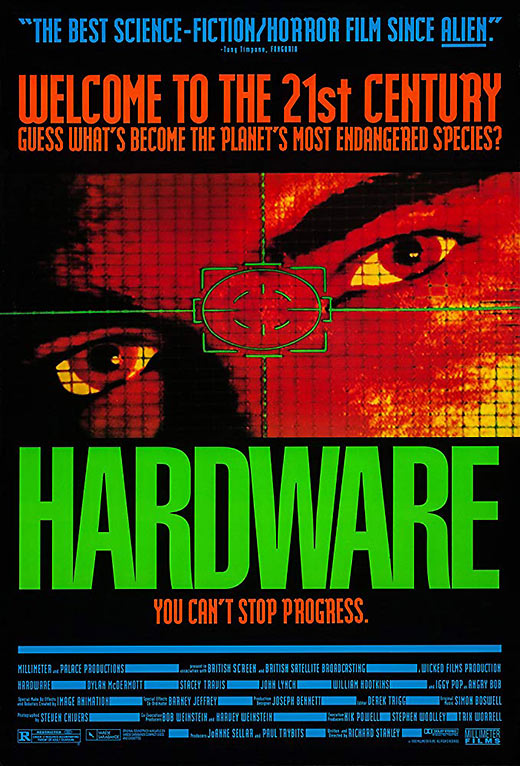 For the young filmmaker with a music-video past and large aspirations, sci-fi horror can represent fertile ground. Narrative logic makes minimal demands, while extravagant style and pop nihilism are granted a prominence the mainstream denies. Richard Stanley’s ferociously effective Hardware (1990) was shot almost entirely on a single set for a meager $1.5 million; under its required elements, it fairly bursts with attitude. 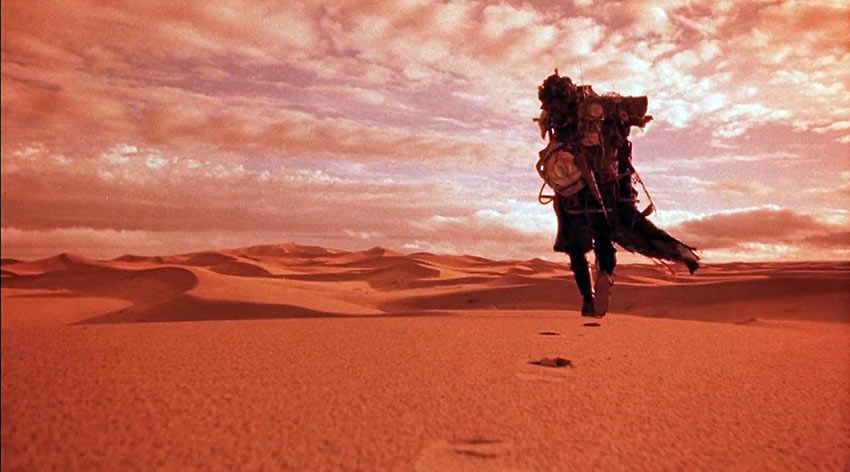 Like the murderous robot at its center, the movie gathers debris from the past to produce energy and fulfill its mission. In a blasted post-nuke landscape, it’s Christmas Eve and 110 degrees. Mo has been away for several months. He buys an android head from a scavenger, as a present for his artist girlfriend Jill. (“It’s horrible,” she says. “I love it. What is it?”) The head fabricates a body out of the scrap metal Jill welds into sculptures, and it drains the apartment’s power source. At this point the film and its killing machine become one — relentless, self-renewing, savage. Jill’s final stab at a solution combines computer skills and low-tech vengeance. 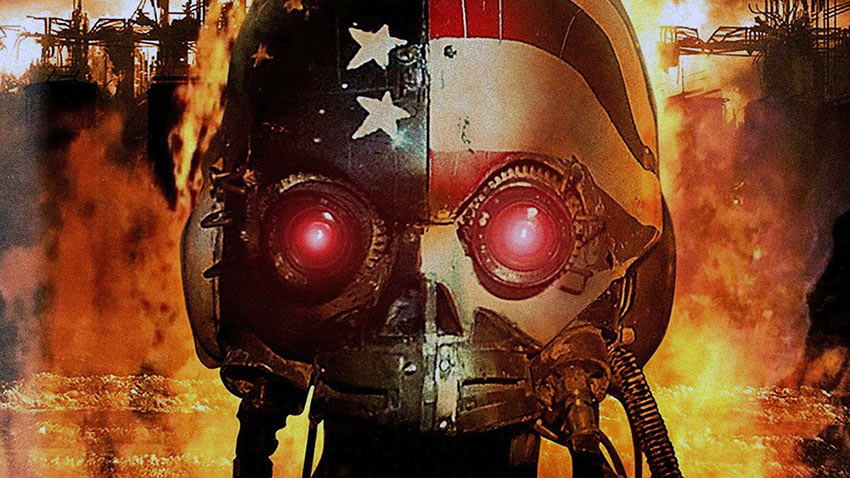 Most of these building blocks are endearingly familiar. The killer ’droid is the Terminator reduced to essentials. The ecological nightmare and Oriental refugees come from Blade Runner, and the desert scenes from Mad Max. The dissonant amalgam of futuristic function and ’40s industrial design might have been purchased whole off Max Headroom. Stanley’s innovations involve his heroine. Jill pursues a threatened lifestyle, surviving on odd jobs and welfare checks. When the grubby Mo tries to understand her art, she cuts him off — “It’s not for you; it’s not for anybody.” Earlier she was preparing dolls for inclusion in a sculpture by blowtorching away their faces. (“I just think it’s stupid and suicidal and sadistic to have children right now.”) The monster might almost have arisen from her destructive imagination, which is why she’s able to confront it.

Hardware derives its extraordinary impetus from the push/pull of Stanley’s talents — the care to compose arresting images, and the itch to edit them heedlessly. Cameraman Steven Chivers clearly has a ball with the over-the-top requests. Red-orange is the dominant hue inside and out, occasionally contested by cobalt blue or pure, hard white. In the last category is a stunning shower scene, with Jill emerging from behind Mo — an apparition assuming tangible shape. The climax is also staged there, one of several instances where Stanley knits together shots separated in time. An overhead camera setup inscribes a stately arc as Jill lies alone in bed, drifting away on a drug high. Later, battered and bloody on the floor of a neighbor’s apartment, she is viewed from the same angle, but in contrary motion. 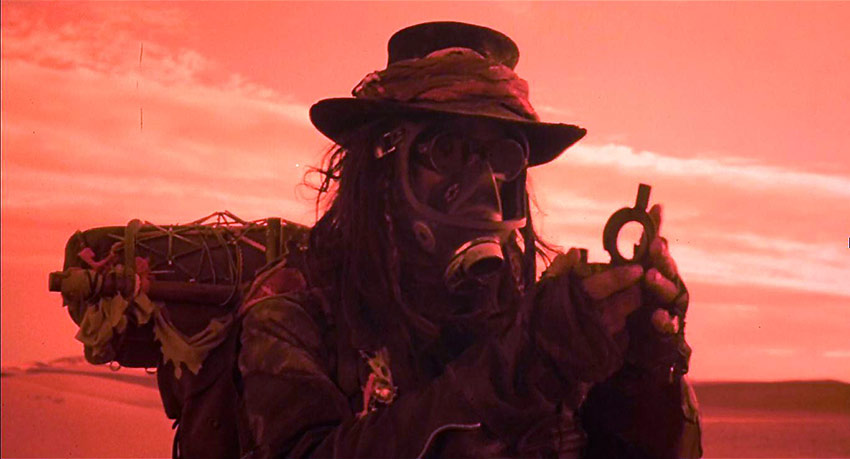 Given the emphasis on camera choreography and rapid cutting, the actors don’t much matter. (Casting Americans in the leads was a contract mandate.) Stacey Travis has ideal attributes for Jill: a take-charge voice, lithe athleticism, innate doggedness. The Mo of Dylan McDermott gets less to do, and is correspondingly less vivid. John Lynch, impressive elsewhere, is wasted on Mo’s indecisive partner, and Iggy Pop (a pirate-radio Jeremiah) and Motörhead front man Lemmy create barely a ripple. But William Hootkins squeezes some fun out of the obligatory fat pervert, and John Lydon’s sneering “this is what you want, this is what you get” vocal becomes the director’s alter ego.

Simon Boswell’s music score is the most enduring element, and it’s marketed intact at the composer’s U.K. website on two CDs.