Wandering the hilly, narrow cobblestone streets in our home base of Montalcino, Italy, a Medieval city of interlocking passageways, steps and alleyways curving around and through and behind and beyond the main square, I reminded myself I was walking through history spanning eight hundred years.

Stopping for lunch, I ordered a glass of the house wine. A bottle arrived at the table. When I protested, I was told to drink what I wanted and I would be charged accordingly. Not a bad system, I thought.

Later, sipping more wine – this is Italy, after all — on our apartment balcony overlooking the vineyards from whose grapes it was made, we debated whether to eat in or go out for another Florentine steak. The fact that our apartment was housed in a structure dating back to the 13th century on a farm boasting one of the best-known vineyards in Italy was a bonus. 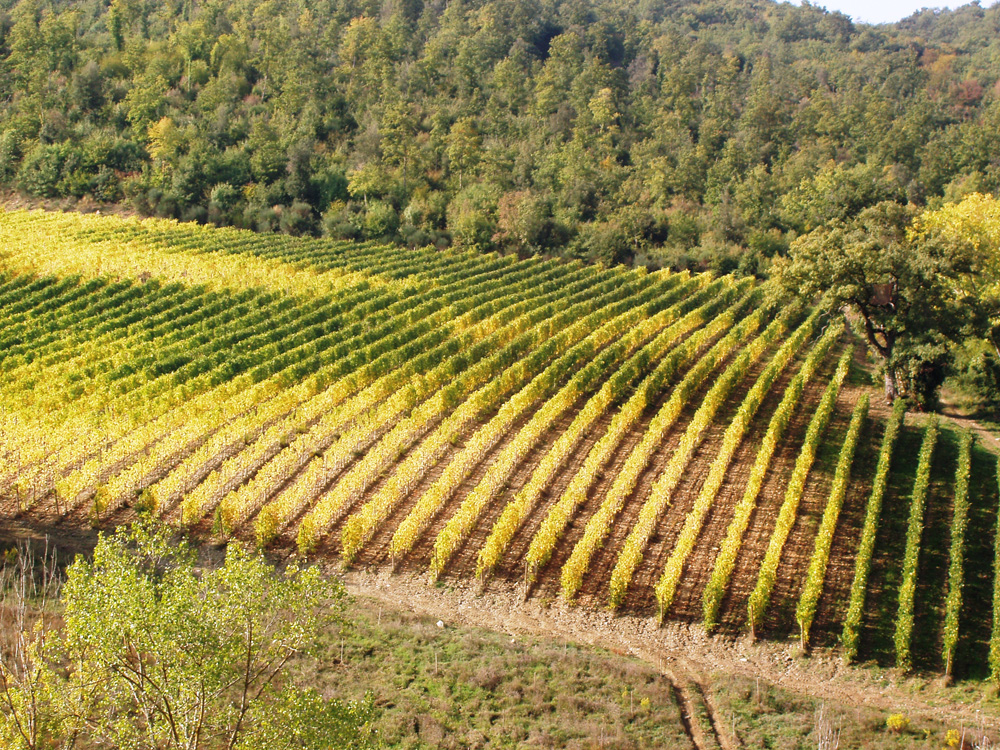 Welcome to UNTOURS, a wonderful well-kept secret that may change your concept of travel forever. Idyll, Ltd.’s UNTOURS program offers tourists a unique opportunity to not be tourists. It flies participants to one or more cities in more than a dozen European countries, inundates them with information and puts them up in apartments for two-to-four or more weeks to live like the locals. A much safer option during the pandemic than staying at a hotel.

It’s a way to get to know a destination in a manner that would never happen on a conventional tour. And again — a safer one. It’s ideal for those who have the time and interest to explore their surroundings at leisure and in depth. And they provide the wherewithal to do it: rental cars or bus and rail passes are part of the package.

Those who joined my husband, Victor, and me on the pre-pandemic Southern Tuscany adventure were intrepid travelers who wanted to focus on the destination, not the details. Cathy Gerdes, a veteran Untourist from Durham, NC explained: “We love the philosophy of Untours. They help you make all the arrangements, give you the inside scoop on what to do, and then leave you on your own to explore and discover.” We were learning about our neighborhood, but on our terms. Rise early or sleep in. Sightsee or stroll around town. Cook in or eat out. And whatever the choice, we returned to our apartment, a much roomier and warmer ambiance than any hotel would provide, and one which has been treated according to strict Covid protocols.

The town of steps, turns and back alleys that initially seemed daunting to navigate soon became negotiable. We mastered shortcuts to the center of town; got to know local vendors, and began to feel secure enough to risk getting lost on purpose. The sense of pride I felt when giving some harried American tourists directions was bordering on smug. 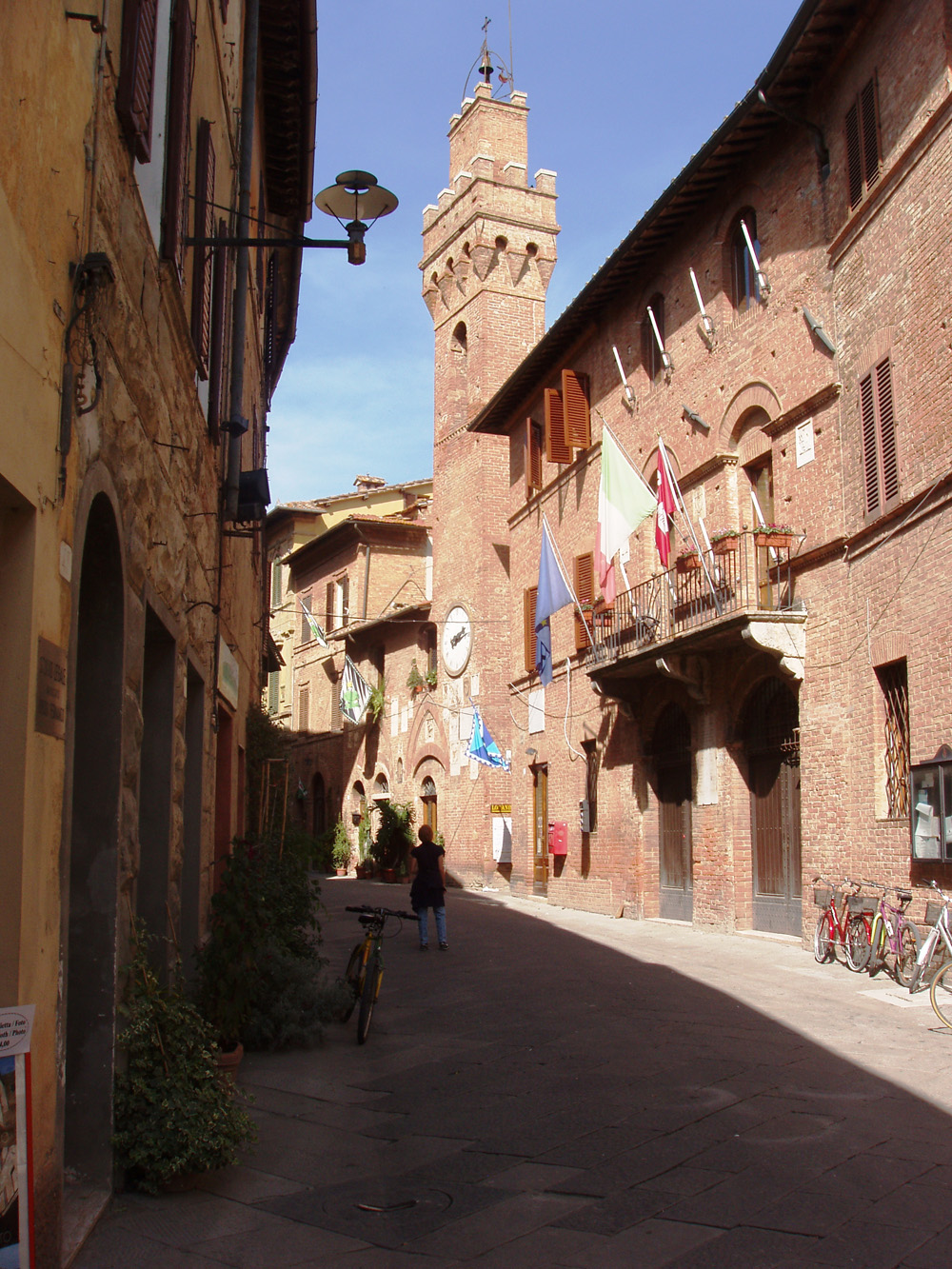 Each day brought a new adventure, often beginning with a visit to any one of several nearby “hill towns,” which indeed come by their name honestly. One day, it was the Renaissance city of Pienza, known for its harmony of ambience and structure, a town the word charming was invented for. Another day, San Gimignano, claiming more intact towers than any other hill town – 13, 14 or 15, depending upon the not-so-reliable source material. Or tiny Murlo, town of 17, which more resembled a movie set of a 13th century village than the reality of it. And then there was historic Volterra, flaunting evidence of Etruscan, Roman, Medieval and Renaissance influences. 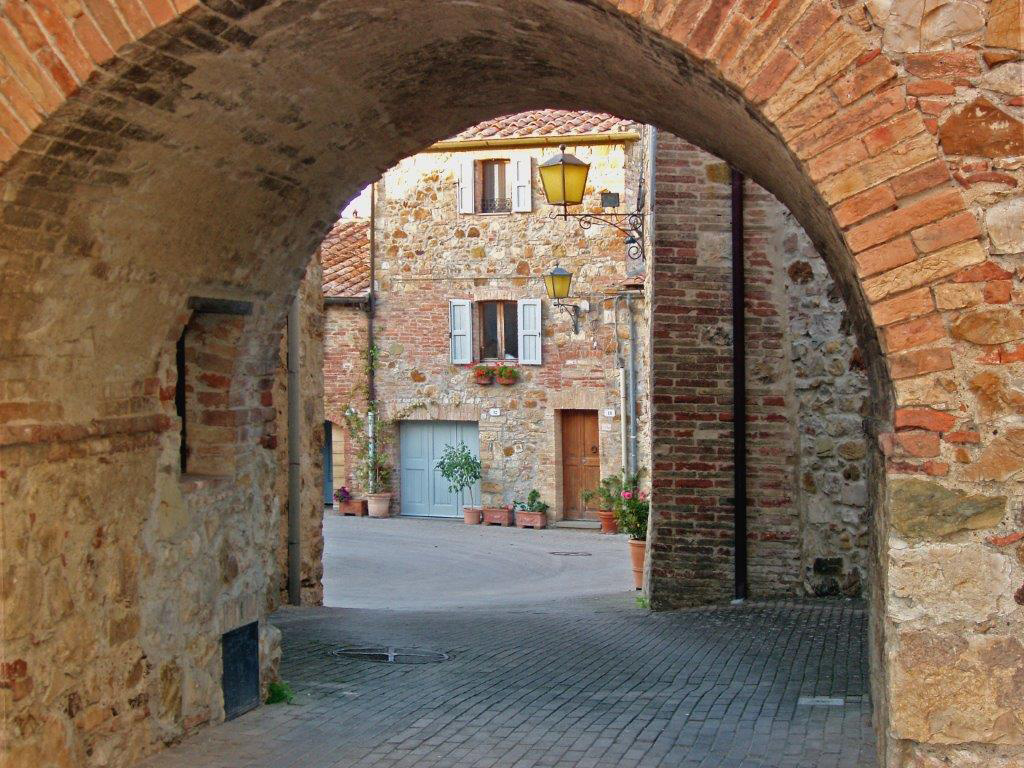 A visit to Abbadia San Salvatore introduced us to an 8th century Abbey whose write-up talks about it being newly renovated. Those recent restorations? They took place in the 15th century. This sense of time warp is ever present. The present and past — long-ago past — coexist harmoniously as one can travel back and forth through multiple centuries within a couple of hours of doing day-to-day errands.

Whatever the village, be sure to walk off the main square to see where the people really live. Perusing 13th-century corridors an arms-length wide, flanked on both sides by two-to-three story stone apartments, we eavesdropped on venues teeming with life. The back streets appear even more historic and colorful than the already enthralling but more touristy central piazza. Admittedly, the local folks are probably not as impressed as I am at the origin of their lifestyles.

Every town has its church dating from the 1200s, museum celebrating its art, its de rigueur duomo, fortress and possibly Etruscan tomb. I rarely went into any of them. I’m not proud of this, and I don’t recommend it. I’m a travel writer after all, and this is sacrilege, but for me, the wonder of traveling is to be found wandering the streets, and in Tuscany especially, stopping at every café for a Cappuccino or scoop of gelato. 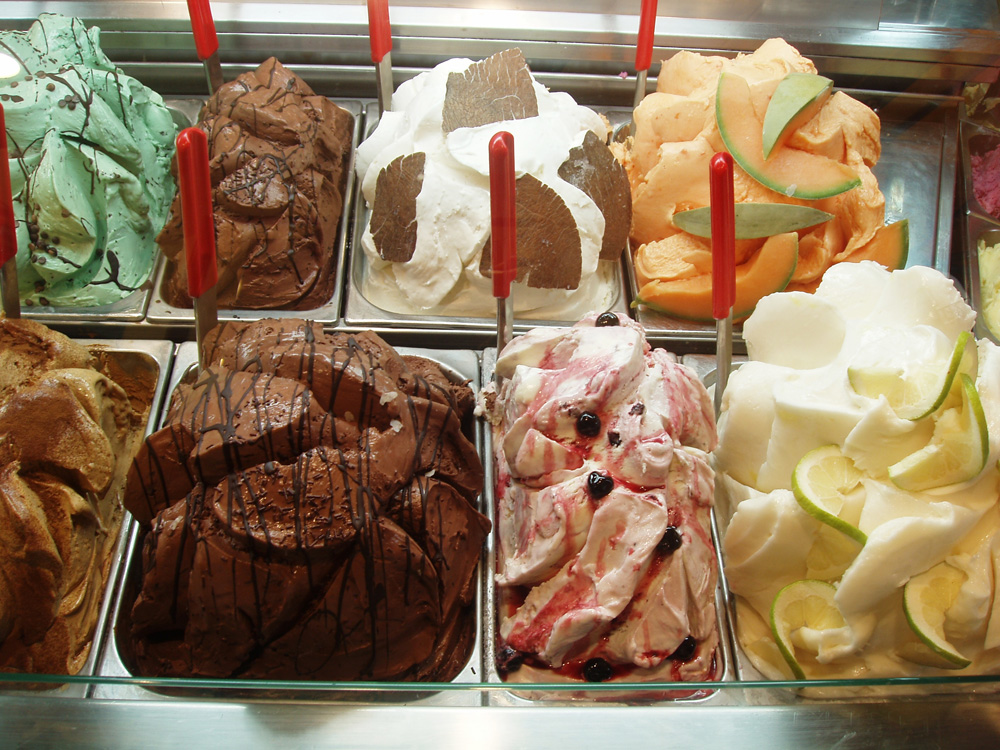 Check out the wide, heavy wooden apartment doors with their ornate designs and fanciful brass knockers — to me, almost as appealing as the many works of art within the cathedrals and museums. Look through ubiquitous archways overlooking the red tile roofs of the towns below for yet another photo op demanding to be taken.

Driving through the Tuscan countryside, almost every bend produces another WOW moment — perhaps not the more dramatic views of, say, a New Zealand, but instead a more tranquil beauty. Picture this: an incredibly vast expanse of rolling hills, a patchwork quilt of vineyards, olive trees and wheat fields dipping into valleys and clinging to hillsides, with colors of green and brown and reddish gold depending upon the season and the crop, accentuated by stately, slender Cypress trees standing guard along long driveways leading up to stone villas. 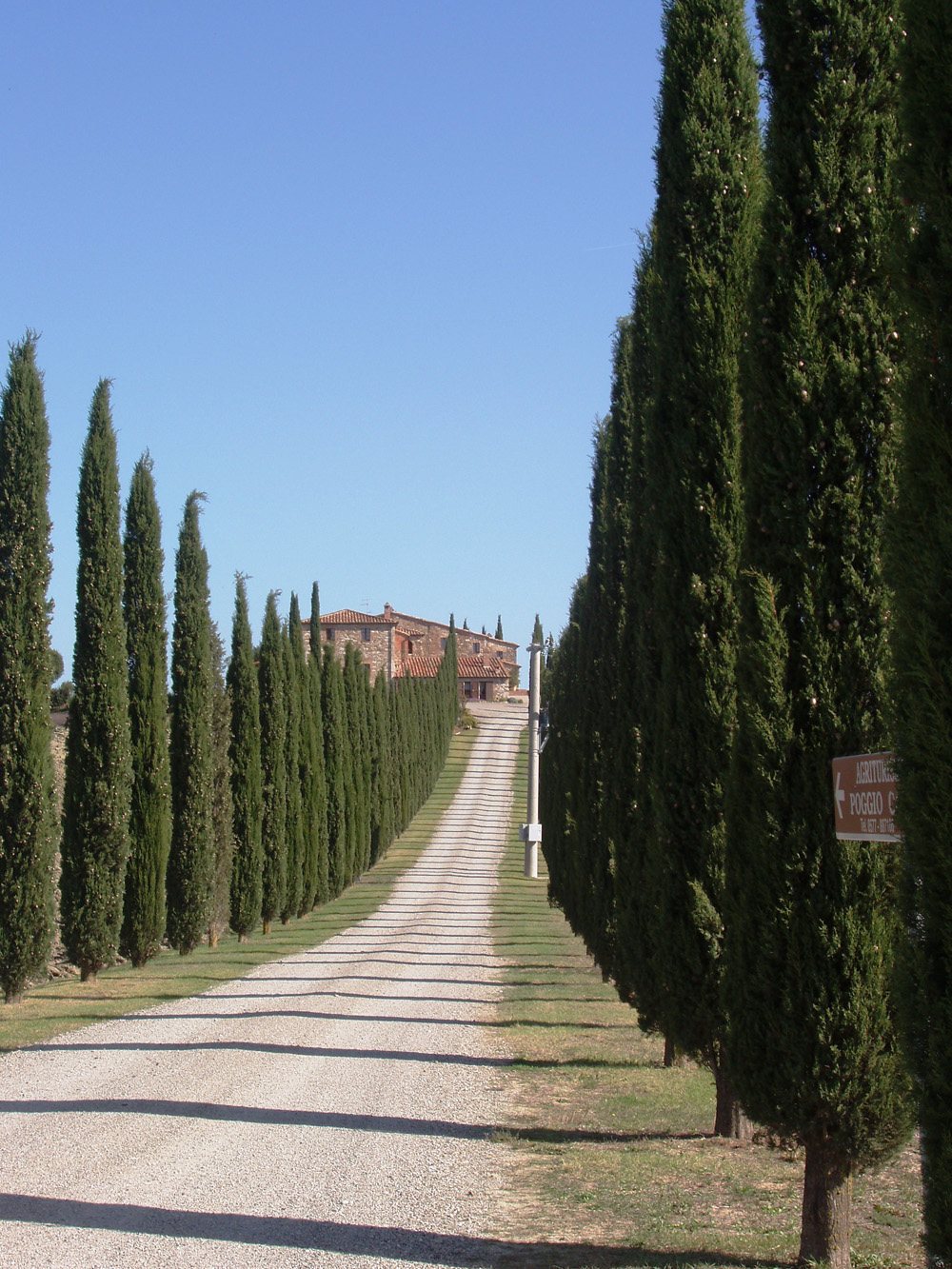 Looking out across the valleys, you recognize there’s something different about the light – it seems richer, more intense. A young artist we met who was painting her way through Tuscany characterized it as “luminescent.” Ah yes, I thought, that’s it. 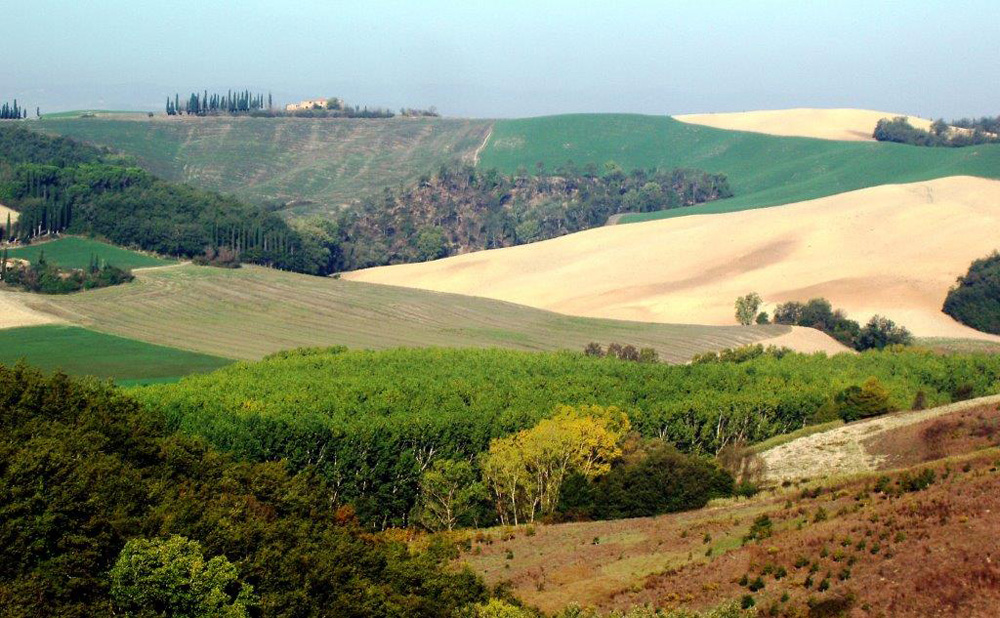 Grant & Patricia Wood from Mississauga, Canada, on their third Southern Tuscany trip reinforced the concept: “We fell in love with the simplicity, the community, the people, the views, the light. We left our hearts here so we had to come back. It feels like we’ve come home.”

Though Vic’s eyes were beginning to glaze over at the thought of another Medieval town, I was still entranced by the narrow streets, steep hills and back alleys. Yet we broke up our days with hiking in nearby national parks, meandering through local outdoor markets, checking out a Cock Festival that had been held in a close-by hamlet for over 700 years and doing errands such as laundry, email and shopping for quiet dinners at home.

But mostly we dined on pasta, cheeses and pizzas at the many tavernas in our neighborhood, every table sporting the ubiquitous bottle of wine. Even at lunch! Not a usual practice back home. One of our favorite hangouts was Taverna dei Barbi, an old stone tavern on the grounds of the vineyard where we lived. Sitting among the eerie granite-covered archways and columns, I felt like I was in a very sophisticated, warm, welcoming…dungeon.

Offered a menu in English or Italian, I so wished I could have said “Italiano, per favore” and meant it. But I had only learned just enough Italian to get into trouble. I could ask some basic questions but didn’t have a prayer of understanding the answers. Still, it found us “il banyo” (bathroom) and “la stazione” (train station) and, of course, a multitude of gelato flavors.

The Taverna’s sausages and salami come from their resident pigs; the cheeses from their sheep; the veggies from the garden and, of course, the wine from their vineyards. Most restaurants at home are not quite that self-sustaining. I was glad I hadn’t taken a tour earlier and gotten to know any of the local inhabitants by name.

Our days were filled with a meshing of hills and happenstance, vistas and vino, walled cities and watch towers; a chance meeting at a museum, church, fortress or, better yet, a wine tasting. After all, this is what Tuscany is famous for, and wine bars are as omnipresent on street corners here as Starbucks are in the States.

Perhaps, that’s the essence of the UNTOURS experience. There’s something more special about discovering such treasures on your own than being herded there as part of a group, according to a pre-determined time schedule that dictates how long you can spend looking before it hurries you through because the bus is leaving to go to the next stop. 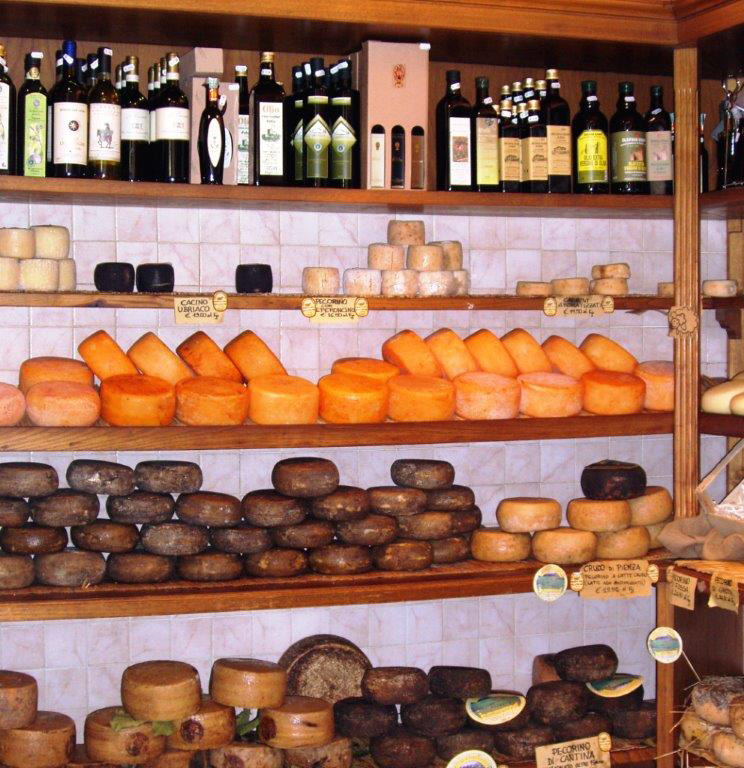 It was so much nicer just to pick up some roasted chicken, wave to shopkeepers we had befriended and return home to sit on our porch, sip yet another glass of wine and savor our most recent exploits. For more information, contact UNTOURS at 888-868-6871 or visit their website at www.untours.com. Now that the EU has opened up travel to visitors from the States, UNTOURS expects their trips to start again, hopefully, very soon.

Protected: Egypt: 6000 Years of History Come Alive Throughout the Country