This installment of Three Things About Naples is courtesy of  Italian National Tourist Board.

1. Question: What are some of the “things” or activities that the people of Naples do for fun?

The word CULTURE has a special meaning in Naples. It stands for collecting and illustrating the great heritage of the city. This heritage is made of many historical, artistic and archaeological sites, but moreover it is characterized by a modern spirit that gives the opportunity to create and re-create. Unlike cities in which art is stored in museums, Naples’s distinctive mark is its folklore (folklore): people living and working among the artistic beauties of the city. Naples also means “to live the city.” Our culture, customs and traditions have always been alive during the centuries. Locals enjoy the natural beauties of Naples: its sea, its hills, its mild weather, its tantalizing regional cuisine, its colorful street life, its  wonderful panoramic  landscapes, and its spirit.

2. Question: What’s one thing the public probably does NOT know about  Naples?

Napoli Sotterranea (Naples Underground) is popular for both locals and tourists. Forty meters below the characteristic and lively streets of the Historic Center of Naples, you find a different world, unexplored, isolated by time, but deeply connected with the world above. It’s the heart of Naples, and the place from which the city was born. To visit it is to travel to the past, a world 2400 years old. Every historic epic, from the foundation of Neopolis, to the bombs of WWII, has left its mark on the walls of the yellow tufa stone, the soul of Naples, and the stone with which the city was built.   Naples is a city of exceptional beauty, a city of art, but few know the underground reality of the city. Naples Underground is the most famous and fascinating guided tour underneath the city of Naples. Guides will take you on a journey through centuries of history, from the ancient Greeks to modern times, unveiling the “womb” of Naples from an archaeological, historical, anthropological and geological point of view.

3. Question: Share some aspect of what  Naples  has contributed to the world. 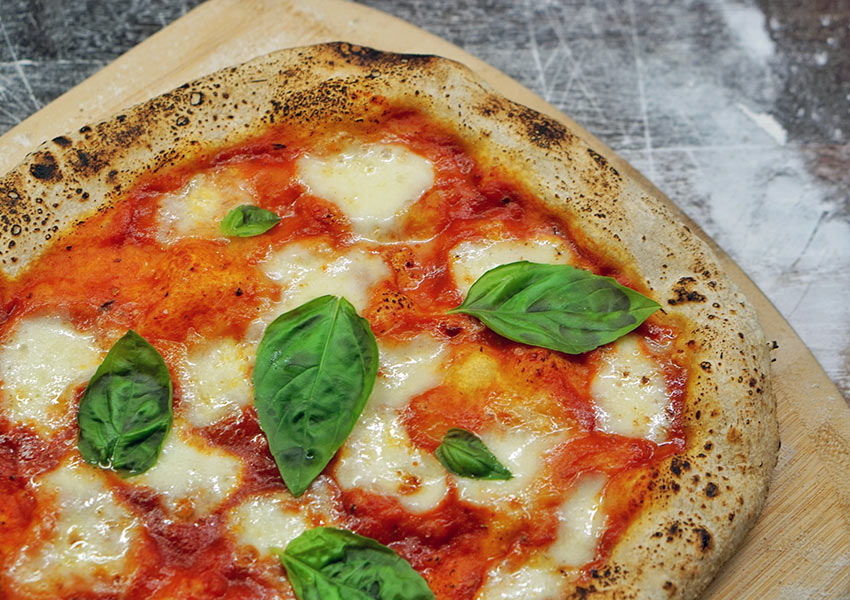 Pizza is Naples’ gift to the world. Baker Raffaele Esposito from Naples is often given credit for creating the first such pizza pie. The word pizza was first documented in AD 997. Unlike the wealthy minority, Neapolitans required inexpensive food that could be consumed quickly. Pizza, sold by street vendors or informal restaurants, met this need. The early pizzas (known to the world as Pizza Napoletana) consumed by Naples’ poor were prepared with simple and fresh ingredients: a basic dough, San Marzano tomatoes, grown in the volcanic soil of Mount Vesuvius, a splash of olive oil and some salt with no cheese, basil and fancy toppings. The pie was then baked in a wood burning oven made of volcanic stones from Mount Vesuvius.

Italy unified in 1861, and King Umberto I and Queen Margherita visited Naples in 1889. Legend has it that the traveling pair became bored with their steady diet of French haute cuisine and asked for an assortment of pizzas from the city’s Pizzeria Brandi, the successor to Da Pietro Pizzeria, founded in 1760. The variety the queen enjoyed most was called Pizza Mozzarella, a pie topped with mozzarella di bufala, San Marzano tomatoes and green basil. (Perhaps it was no coincidence that her favorite pie featured the colors of the Italian flag.) From then on, the story goes that particular topping combination was dubbed Pizza Margherita.

The art of Neopolitan pizza-making, was recently added to UNESCO’s Representative List of the Intangible Cultural Heritage of Humanity. UNESCO says the designation is meant to safeguard and raise awareness about forms of cultural heritage — often passed down from generation to generation — before they die out. The Naples-based Associazione Verace Pizza Napoletana (True Neapolitan Pizza) will only issue its trademark to restaurants that follow even more stringent guidelines. But the result should be a pizza for the senses with “the flavor of well-baked bread. The slightly acidic flavor of the densely enriched tomatoes, mixed with the characteristic aroma of the oregano, garlic or basil ensures that the pizza, as it comes out from the oven, delivers its characteristic aroma.”

Pepperoni and pineapple lovers are out of luck. The association says only two kinds of pie are authentic: marinara pizza with tomato, oil, oregano and garlic and margarita pizza with the addition of cheese and basil.

Pizzaiuoli can take it to the next level by stretching and tossing the pie in a doughy display of acrobatics at international competitions.

Neapolitan pizza has a thin crust. The edge of the crust, when baked, grows larger. It looks like a bicycle tire.

When news of the UNESCO recognition broke in Naples, pizza-makers handed out free slices on the street to celebrate, according to the BBC. Two million people had reportedly signed a petition supporting the piazzaiulo application.