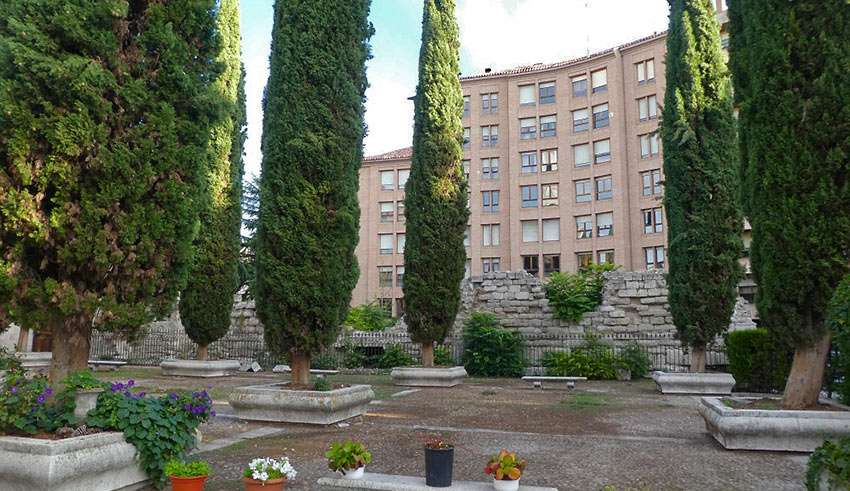 This celebration happened to be in Valladolid, the de facto capital of Castilla y Leon, Spain, also known as the garden city, and the city where Christopher Columbus died. The celebration was incidental to the trip, and something I didn’t expect, but my friends carefully planned to surprise me with a party – and they succeeded!

The day before we were scheduled to leave Spain was filled with hiking and biking and lots of great wine and food. I was ready for a light supper and early bedtime. My friends had other plans. After we got cleaned up they suggested we hit some of Valladolid’s tapas bars. Spain is famous for late dinners and lively nightlife, but a tapas crawl sounded like a good substitute for me. 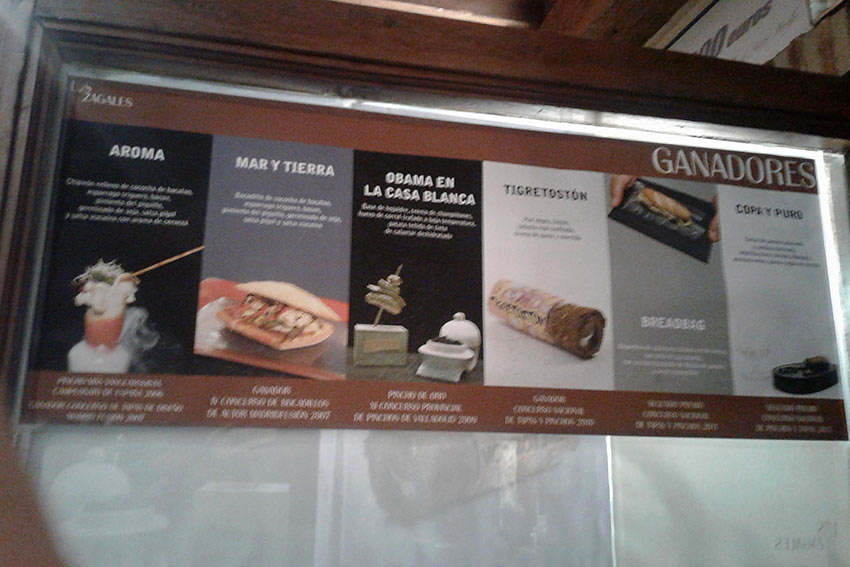 Normally a tapas crawl is having one drink and tapas standing up at the bar before moving on to the next place. Sometimes each bar has a specialty it is known for, sometimes not. Tonight was a little odd in that the first bar we went to was known for its five specialty tapas, each a winner in tapas competitions in years past. We were assured that they were remarkable for their novelty, as well as taste and appearance. So we sat down and ordered them with drinks. 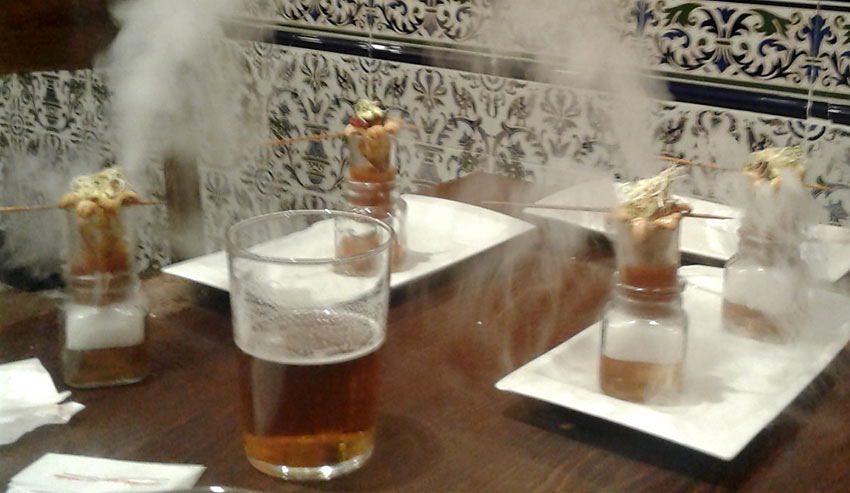 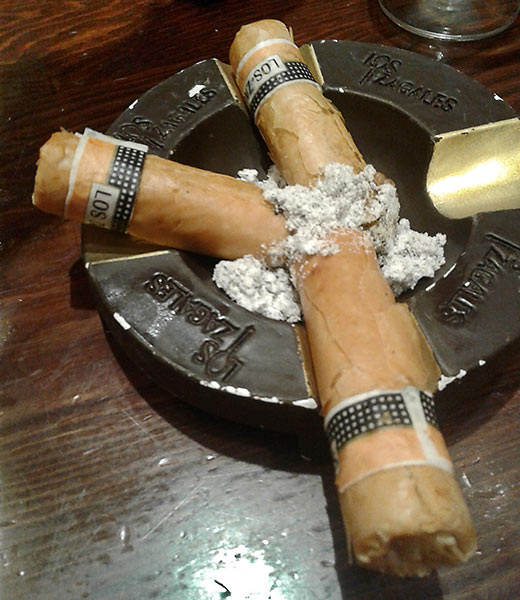 The most inventive tapas relied upon a chemical reaction to create a fragrant cloud that enveloped the tapas before we were supposed to eat it. Cautioned not to drink the billowing liquid, the flavor bomb was set off in the most imaginative display of the evening, and we popped the tapas into our mouths. After the surprise of the sweet aroma bursting forth, it really didn’t matter what the tapas tasted like, you just had to be in the moment to enjoy it. We were!

Another tapas had our table looking like we were smoking Cuban cigars. Spain outlawed smoking in restaurants some years ago, so ashtrays with lit cigars on the table were a big surprise. The prospect of eating the realistic looking and totally edible “cigars” out of those ashtrays was revolting at first, but as fatigue and free-flowing liquor combined, we got into it with gusto! 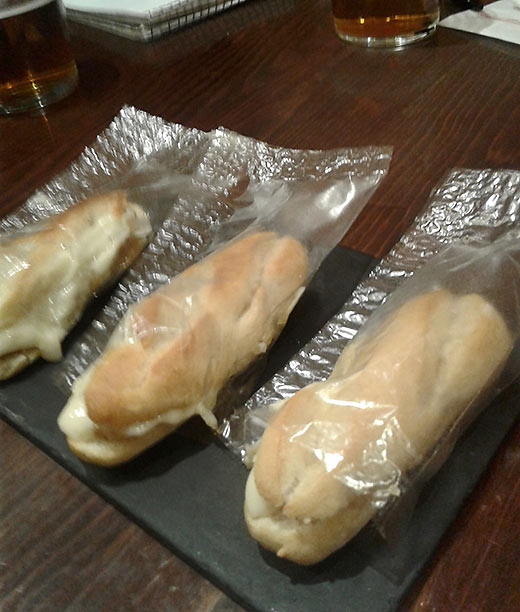 Next a cellophane wrapped sandwich looked disappointingly normal enough until our waitress told us to eat it without unwrapping it. As even the labels on our cigars were edible, so was the cellophane! This was turning into a very clever tapas bar!

Shortly after that we left.

But before I get to that, let me share with you that there was a food trend a decade ago that I didn’t particularly like. It was naming a dish some version of “White House” after Barack Obama won the US Presidential election. In the course of my travels I’ve had several desserts and tapas with such a name that consisted of a dark interior covered in white. I never found them funny. I only remember them for that racial connotation, not for their taste. That being said, when a tiny replica of the capital building in Washington DC appeared as our next tapas, I knew where we were headed. I lifted the dome to see a brown interior as the waitress said it was their “Obama in the White House” tapas. We left after that. 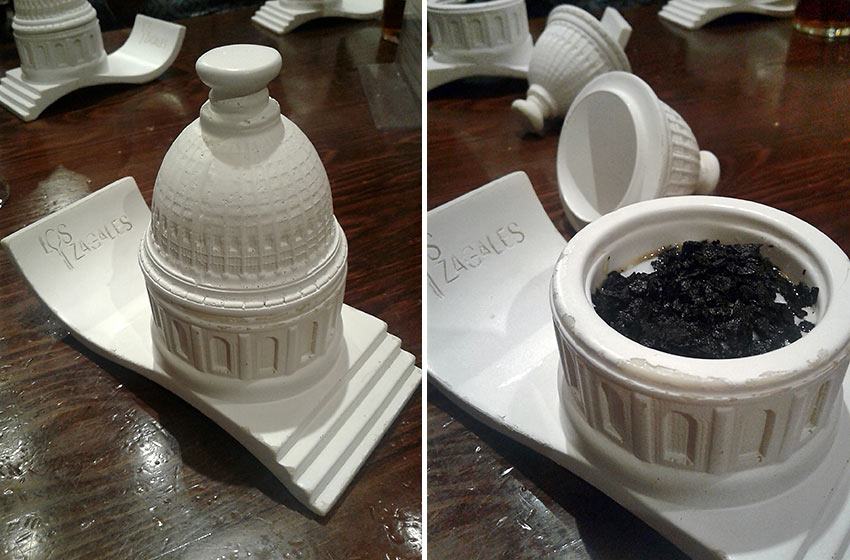 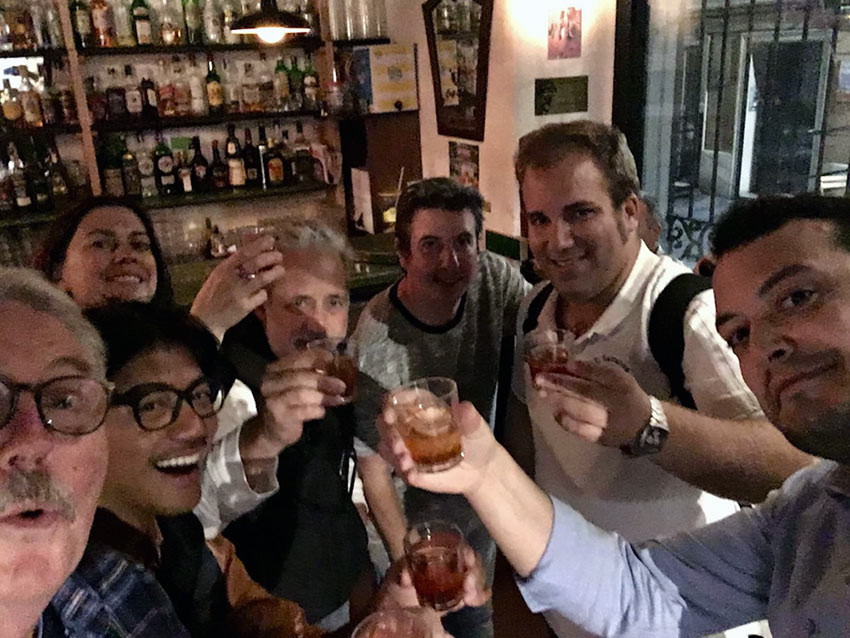 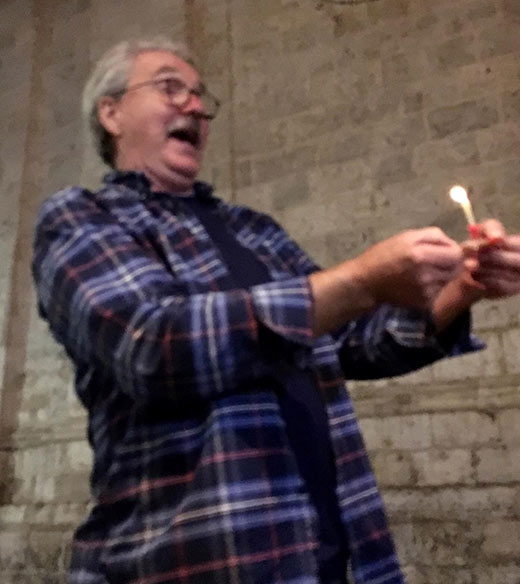 Our mood brightened at the next bar, or maybe it was the one after that. Frankly, I don’t remember. I’d been drinking all day, we all had. Between the hiking and biking had been extensive wine tastings, plus wine and digestifs with lunch. Still we kept at it until finally it was almost midnight and I was exhausted. “Just one more stop” my younger friends insisted. Leave it to them to keep me so distracted that I forgot the new day brought my birthday. And that is how I celebrated it with a roomful of friends and strangers as the bell tower’s clock pealed twelve. The whole bar sang along to their drunken rendition of Happy Birthday, complete with a candle!

Surprise! It was a new day in Castilla y Leon, Spain. And it was my birthday!

Vicarious Culinary Travel During a Pandemic

Just because we can’t travel during the Covid-19 pandemic, doesn’t mean we can’t still exp…