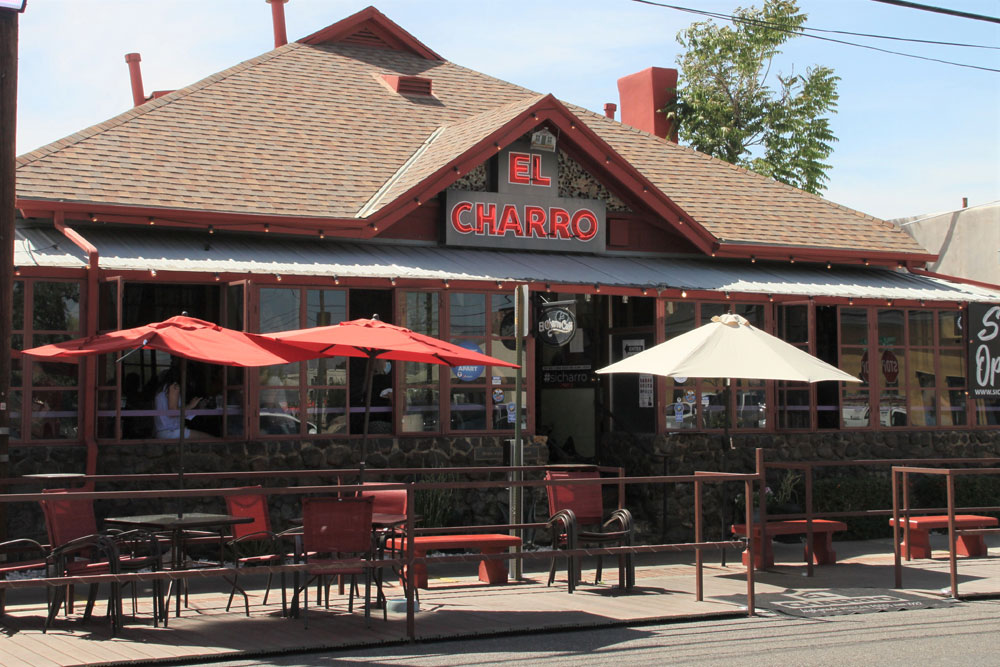 El Charro Cafe has existed in Tucson since its founding in 1922. Photo courtesy of Deb Roskamp.

Owner Marques Flores marched around our table pointing out historic dishes on El Charro Café’s menu. “Order these three items and it will be like eating at my own home.” Who was I to disagree for authentic is what I desired, and the café was already overwhelmed with tantalizing fragrances of the day’s cooking. Mr. Flores is the great grandnephew of El Charro Café founder, Monica Flin. Known among friends and families as Tia Monica, she established the iconic El Charro Café in 1922, making it the oldest Mexican restaurant in continuous operation by the same family in the U.S.

I should add, the style of cooking is actually referred to as Arizona-Sonoran Cuisine with a Tucson interpretation. Tucson itself; the first city in the U.S. to be honored with the Capital of Gastronomy designation by UNESCO Creative Cities. 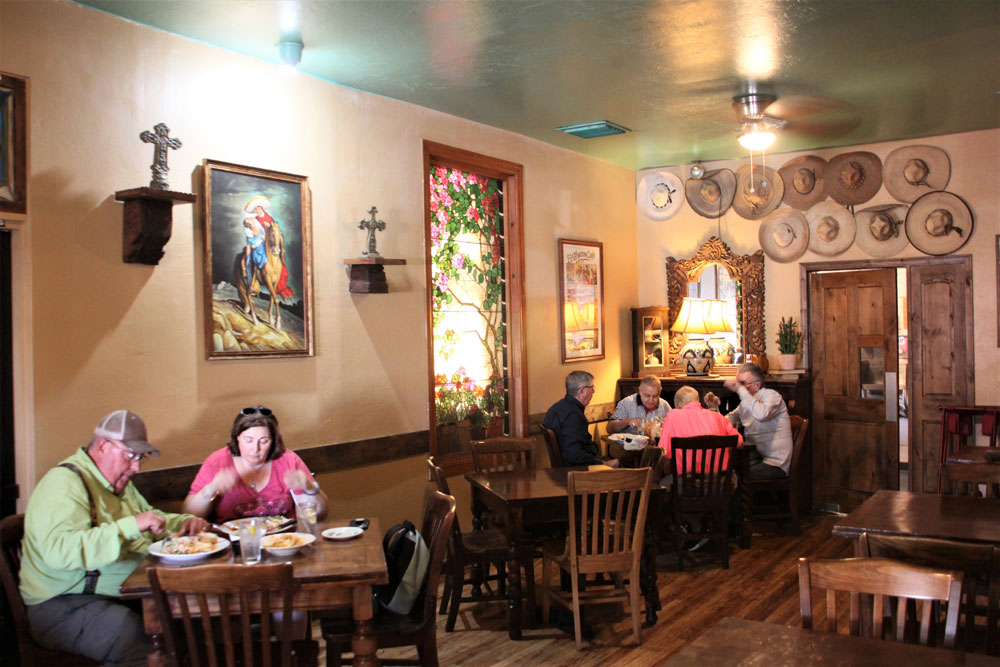 But why Tucson? Jonathan Mabry, historic preservation officer for the City of Tucson, thinks he may have the answer.

“It all starts with our deep and multicultural food history. There’s so much innovation in all parts of our food system, including sustainable agriculture and ranching, plus the development of an innovative urban agriculture scene. For example, Tucson amended our land use code to make it easier to do agriculture within city limits and to sell those products.” 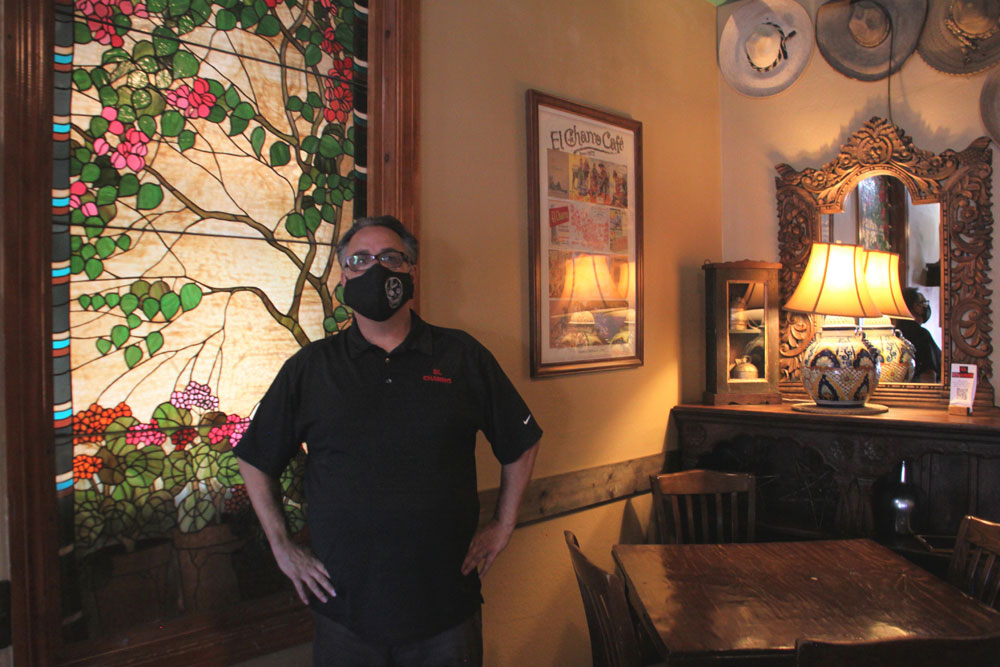 The story of El Charro Café

Tia Monica arrived in Tucson via France in the 1800s, when her father Jules, a famous stone mason, was commissioned to build the city’s pristine St. Aug ustine Cathedral. Jules, whose signature work can be seen throughout Tucson’s Historic District, also built the family’s residence in 1896, which is where the original downtown El Charro Café first sat. Today, the flagship El Charro Café rest across the street from the Presidio San Agustín del Tucsón, the original fortress built by Spanish soldiers during the 18th century, the founding structure of what became the city of Tucson. It’s an essential stop before or after lunch at El Charro Café.

Our lunch was soon on our wooden table in the warmly decorated dining room, surrounded by family photographs, paintings, colorful hats, and historic fixtures. The diners consisted of in-the-know Tucsonan locals and tourists alike. 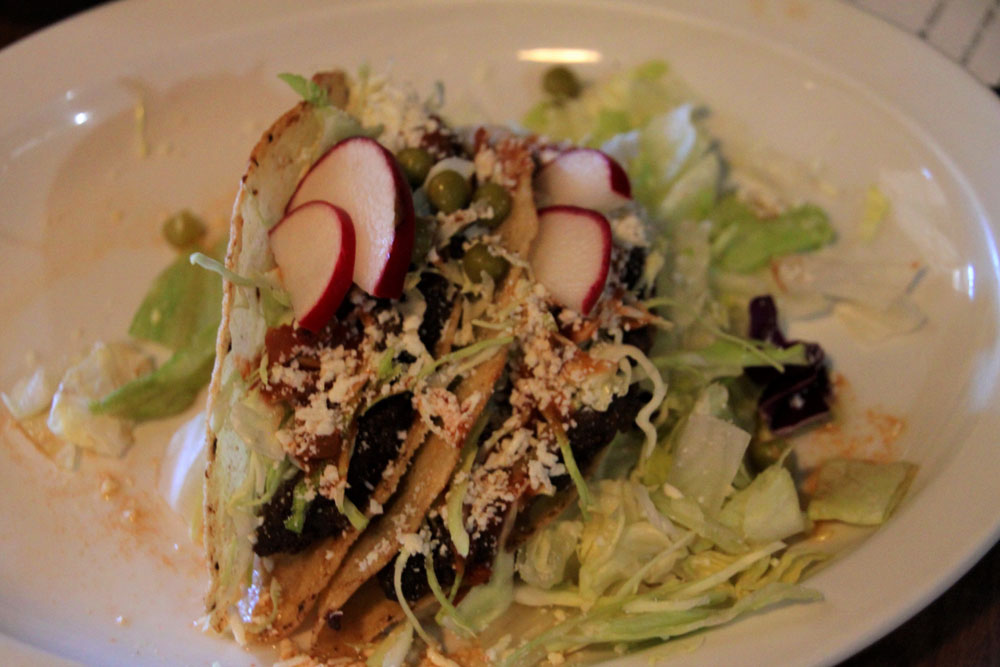 In 1922, when Tia Mónica started, there was only one way to make a taco: form a carne seca beef patty, fold it in a tortilla and fry it in a pan, garnish with peas, radishes, and Mexican cheese.

Carne seca (“dried meat” in Spanish) is akin to jerky, where drying strips of venison and buffalo was a common preservation method in the arid borderlands before the arrival of the Spanish. But the new settlers brought their own similar technology along with domesticated cattle. To keep beef beyond the day of butchering, the Tucson pioneers dehydrated it in thin slices, which they then brought back to life by boiling, dry-baking and pulverizing. The carne seca tacos served at our table had a bit of snap, crackle and pop, which my tablemates did not appreciate. For me, it was divine.

BIRTHPLACE OF THE CHIMICHANGA

No city wants to be more associated with the Chimichanga than Tucson. The city’s tourism office actually published an ad in the nationally circulated Food & Wine magazine, inviting Americans to visit Tucson, “home of the chimichanga.”

Chimichanga, or “chimi,” has achieved cult-like status in Tucson where residents take their chimis very seriously and prefer large, overstuffed versions. Every restaurant and eatery have its own version of this favorite dish. But many consider El Charro Café’s the best and most authentic. – Source: Food Timeline.

Family legend says that Monica Flin in 1928 accidentally dropped a stuffed beef burrito in a pot of boiling oil. She immediately shouted some profane expletives, but noticed younger family members in the kitchen, and abruptly changed the swear word to “chimichanga,” the Spanish equivalent of “thingamagig.”

There is no doubt that Tia Monica knew how to tap into her own creativity and quickly adapt in the kitchen. It was those skills that propelled the success of subsequent family owners. I’ve noticed many famous dishes were created by mistake, i.e., dried cornflakes, crepes suzette and even popsicles. 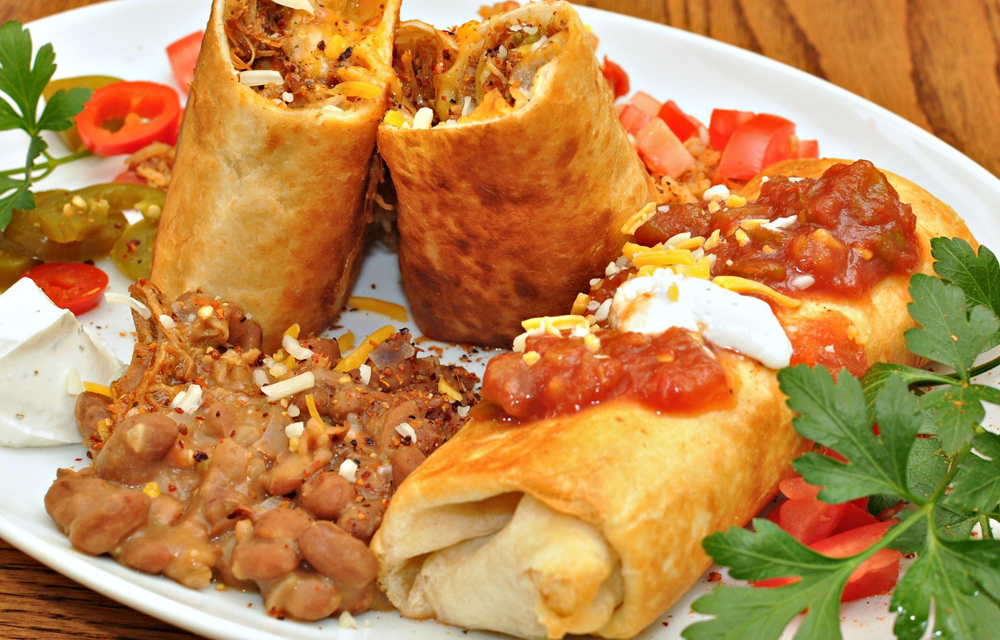 As we finished our meal, Marques Flores explained that Tia Monica was the coolest, strongest person in the family. If there were obstacles, she conquered it. She demonstrated courage, determination, and a love of food. All these characteristics have been inherited and perfected by the three generations of her family, making El Charro Café a mandatory food-heaven pilgrimage when visiting Tucson.