Your Guide to Experiencing Oktoberfest and Its Historical Roots, One Stein at a Time 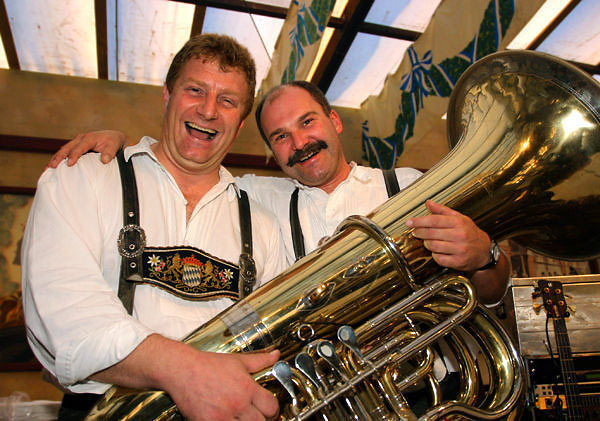 Oktoberfest is celebrated around the world, but only in Germany can you return to the original source of the world’s largest Volkfest. You’ve travelled for the live music, traditional costumes, parades and sheer joy of festival revelers. But after the Oktoberfest festival running from September 16 – October 3, it is possible to trace the festival’s historical roots while exploring Munich, and a side-trip to majestic Berchtesgaden, where the festival is very much an important part of Bavarian culture and heritage.

Not to be missed

When in the Berchtesgaden

Not to be missed tips from Manuel Huber, Activity Concierge at the Kempinski Hotel Berchtesgaden

How to See San Francisco Without Spending a Fortune

It’s important to visit San Francisco on a budget. As with most tourist meccas, San Francisco offers plenty of easy ways to pay big money for things that won’t really enhance your experience. Consider some budget travel planning tips.

“The coldest winter I ever spent was a summer in San Francisco” is a quote attributed erroneously to Mark Twain.

Cliche? Yes.
Completely false? Not really. A common saying is that San Francisco has three seasons: winter, summer and fog. August days are frequently chilly and foggy. Even Independence Day fireworks are sometimes obscured in cloud cover. The incredible variety of terrain in this region makes for “micro climates” that can literally make major differences within a few miles of one another. Autumn is a nice time to visit, and winters are mild. No matter when you visit, pack a jacket or sweater. Many first-timers misjudge the climactic challenges — one of eight common mistakes made by San Francisco visitors. 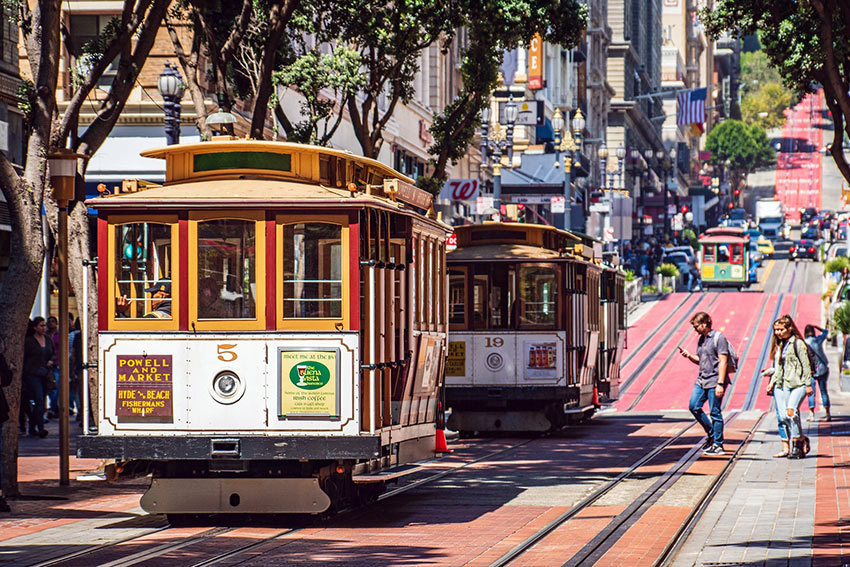 San Francisco offers quite a few budget menus and moderately priced eateries to its visitors. Go to SFGate.com and check out their Top 100 restaurants. About 20 of those selections are budget-oriented eateries. General advice: Chinese food is very good here, and tends to be less expensive than other choices.

For a splurge, consider Pesce, a romantic restaurant at 2223 Market Street. Despite the fact that it is considered one of the city’s best restaurants, entrees are under $20 here.

This has long been a city that attracted younger visitors, and it has a network of hostels. Beds typically cost $25-$35/night and sometimes include breakfast.

If you seek a hotel room, there are also great budget properties where you can quickly find convenient connections to mass transit and area attractions.

Four-star hotel worth checking for specials: Argonaut Hotel at Fisherman’s Wharf frequently is too costly for a budget visit, but they bundle travel products and sometimes offer lower rates than you might expect for such a prime location.

Airbnb.com offers some accommodation in the city, but sometimes provides a wider variety of choices outside of San Francisco in places like Sausalito in Marin County to the north, or Berkeley, home of the University of California. Both of these places are also fine locations for some on-foot exploration if you need a break from the city.

From the airport, connect with Air Train for connections into San Francisco or San Jose. Bay Area Rapid Transit (known as BART) covers the region. Tickets act like debit cards and fares are based on distance traveled. Unfortunately, that means BART does not sell all-day, unlimited travel passes as you find in other large cities. But they do offer some huge discounts. For example: persons with disabilities, Medicare cardholders and those 5 to 12 years or over 65 pay far less than the standard fares.

Look for the Red and Green Ticket options. Children under 4 ride free. You can plan your travel and budget for the cost with an online calculator. BART provides service to both San Francisco (SFO) and Oakland (OAK) airports.

The former island prison known as Alcatraz is the single most popular attraction here. There is no admission fee (Alcatraz is operated by the National Park Service) but getting to the island involves buying a ferry ticket. The Union Square and Fisherman’s Wharf areas are also visitor favorites. Shop carefully for Alcatraz excursions: There are a variety of companies that offer this tour, and many will combine it with Muir Woods, Angel Island, or any number of other places at a variety of prices.

Muir Woods National Monument just north of the city features a stand of coastal redwood trees. Admission is free for those under 16 years of age, and modest for everyone else. Further north, the Napa and Sonoma valleys are renowned for their wine industries. To the south of the bay, Monterrey and Carmel offer scenic coastal views such as the 17-mile drive. Further afield, you can visit Yosemite National Park in less than a day’s drive, but it’s probably better to stop there on your way in or out of the Bay Area. Day trips from San Francisco can be rushed and expensive.

Unique San Francisco Experiences not to be Missed:

First visit? Don’t miss taking a cable car ride. Here’s an experience that’s vintage San Francisco and relatively inexpensive. Tickets can be purchased on board or at street kiosks. To avoid long waits in the summer, try the the California St. line, which runs east-west from Market and California to Van Ness Ave.

The best view of San Francisco could be at Twin Peaks: From 17th and Clayton Streets, go south on Clayton and then veer to the right at Twin Peaks Blvd. You can also pick up northbound Twin Peaks from Portola Drive. Follow it upward and you’ll get a sweeping view. It is often breezy and cool here, and summer fog can obscure the great view. But when it’s clear, it’s a free attraction!

Jazz and Japanese food: sound like an unlikely combination? Not at Yoshi’s on Oakland’s Jack London Square. Many single show tickets are less than $30. Some reviewers say this is the best jazz on the West Coast.

How about a walk across the Golden Gate Bridge? Only fog can spoil the magnificent views from the deck of this engineering masterpiece. Many people drive across the bridge without being able to savor the views. Board buses #28 or #29, either of which stops right at the bridge toll plaza.

More about walking: As with all great cities, San Francisco has some fascinating neighborhoods that are best explored on foot. Best months: May and October.

If you’ll be spending several days here, consider the purchase of a GO San Francisco Card: This is a card you buy prior to your trip and then activate on first use. You can buy from one- to five-day cards (cost: $69-$155) good for free admission at dozens of local attractions. Design your itinerary before you consider a Go San Francisco purchase, to determine if the investment will save you money on admissions.