How was your Valentines Day? If you know my wife, you know she loves surprises … especially on Valentines Day. You can ask my wife and she will tell you about my many secret Valentine schemes. This year was no different.

In late January the men in my Monday Bible Study group started planning for V-Day. We were to sing “Thank You for Being a Friend,” the theme song from the TV sitcom, Golden Girls. Of course we changed some of the words to be more appropriate for the occasion. Because it was difficult to schedule a practice meeting, I posted instructions on the web and we had to communicate via text and email.

As V-day approached, I was getting more and more concerned about everyone getting their parts right. Yes, I was getting stressed out. It was so bad that I had a nightmare about being in front of the women and forgetting my lines. My wife even said I was mumbling in my sleep as if I was having a nightmare. I thought that was funny.

The Saturday before V-Day, Andy planned to come over to my house to practice. Our wives were attending a Saturday church event so I texted him: “The coast is clear.” Wouldn’t you know it, his wife saw the text message. Disaster! The jig was up! But Andy somehow kept his cool and the secret plot was still on. His wife bumped into my wife and asked: “Did you know Andy was coming over to meet with Raoul?”

Somehow they thought we planned dinner together and so Andy and I rode along with that assumption. In order to keep the charade, we did have dinner together. Andy and I exchanged winks because, surprisingly, the women were still clueless. That was a close one because If they had probed us we wouldn’t … we couldn’t lie. 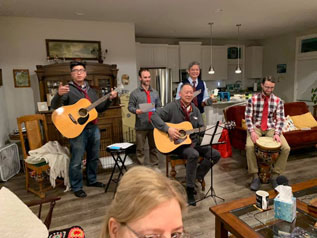 V-Day finally arrived and our lesson that evening was about unity. It was a natural segue to the surprise. “And since we are talking about being a team,” I said, “we men have a little surprise for the women.”When I saw the puzzled looks on all of their faces, I knew we men had pulled off the surprise. Then, with red ties on and camera rolling, we started our tribute to the gals.  And, wouldn’t you know it, (remember my nightmare?) I DID forget my lines. In my frazzled state I kept playing the wrong chord and we had several false starts. But other than that, we did goooood. The men took turns reciting poems to the ladies. We gave them chocolates and a memento of the song. The women said they felt so loved. One of them even said we should have Valentines every day. We men scored high points.

In case you are interested, here is a link to our practice song. We had another version with bongos but the lyrics on this one is a lot clearer.
CLICK HERE

Our ROLES may be different but I believe women are EQUAL to men. Neither gender is superior. We should not compete; rather, we should complement each other and work toward a common spiritual goal. That evening, we men wanted to honor the ladies for who they are and what they mean in our lives.

I trust that YOU showed your love to someone special this Valentine. If not, maybe plan something next time. I realized 2 things. First, it isn’t a perfect performance or gift that makes a woman happy … it is knowing that there was thought and effort in the gift. Second, I realize when we do something special for people we love — our gift creates joy and their joy comes back to us a hundredfold.

Thanks to Rey of Simi Valley, CA for sending this joke.

They Should Have Asked My Husband
Sent by Peter Paul of South Pasadena, CA

Touch Me Please
Sent by Don of Kelowna, B.C.

If you have pets, you know they enjoy being stroked. This is a heartwarming video of animals and how they love to be touched. 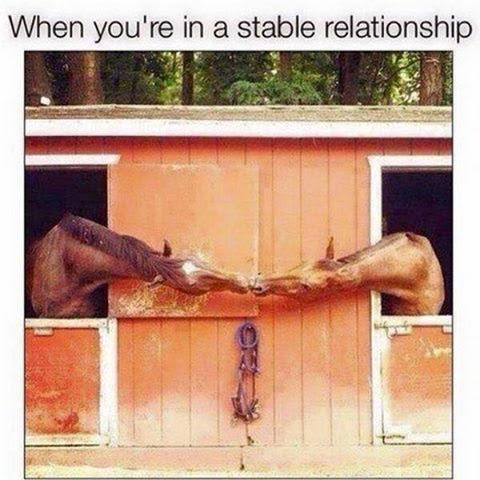 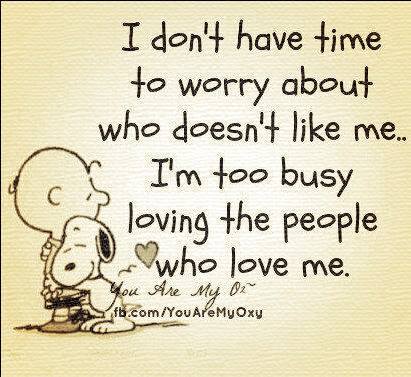 Thanks to Bobbie of Quezon City, Philippines who shared this