This is heavy stuff. Move on to the jokes if you’re not into this.

“Prejudice is a burden that confuses the past, threatens the future, and renders the present inaccessible.”
— Maya Angelou

I picked up my 6 year old grandson from school the other day.  I observed how he mingled with his classmates. He ran with the pack and joked around like everyone. He was oblivious to the fact that he was the only Asian among a majority of other ethnicities.

When my family moved here to California, our kids were about that age — they too were color blind. I remember my sister, who had lived here in Los Angeles for years, invited us to go and join their church. “We’re all Filipinos here, you’ll feel more at home.” But we politely told her that the reason we came here was to immerse into the rest of America. We wanted to assimilate with our new home. It was (and is) a conscious decision. We are proud of our original culture but there’s enough room in our hearts for others.

To this day we enjoy the variety of friends we have from all over. Our 2 kids are marrying into a different culture. This intermarriage is true for many of my friends and relatives as well … which is why it hurts when people put race in the spotlight of many debates. When you play the “Race Card” it’s a losing battle of entitlement and selfishness. I know there are legitimate grievances but keep in mind, we all have our wants in varying degrees. We all have been victimized in this fallen world.

Have you noticed? The ones with the loudest voices and who are more organized (sometimes with financial backing) usually get their way. But does it make the desires of the silent ones any less important? The majority isn’t always right. Ironically, the ones who demand tolerance are the ones who refuse to give it. They refuse to listen for fear of being discovered to be wrong. It’s harder to admit one’s mistake when one was so sure … when one will be ostracized by one’s friends.

I believe in an Absolute Truth emanating from a Holy God. How about you? When one has never tasted Truth (especially in a world of lies) it’s understandable why they claim Truth does not exist. That’s why adults who grew up in the war-torn Middle East have a wildly different sense of righteousness.  That’s why people whose dreams are shattered or who have lost a loved one turn bitter and alone.

Here’s the sad truth for me. The fact that I singled out my grandson as the only Asian among his peers tells me that I am no longer color blind. Even if I wanted to preserve my innocence the issue was presented to me and I had no choice. Can you blame me when the people who demand racial equality have forced me to open my eyes?

I do have one consolation — I still have hope that mankind’s colors will one day paint the masterpiece intended by God.

“For we are His masterpiece created anew in Christ Jesus, so the good he planned for us a long time ago would be our way of life.”
— Ephesians 2:10

Okay, okay. This is a rare racial joke. And it did make me squirm at first but there’s actually an interesting lesson here.

Quick video of a plane about to land while a husband is texting his wife.

Married Life from the Pixar Movie UP
Sent by Peter Paul of South Pasadena, CA

This is a classic scene from the movie. In about 4 minutes your emotions jump from happiness to tear-jerking sadness. If you’ve been feeling detached from life recently, this will test if your sensitivity is still working. I knew what was coming and still I cried because it reminded me of some real people.

Thanks to Scott of Deerfield, New Hampshire who shared this photo 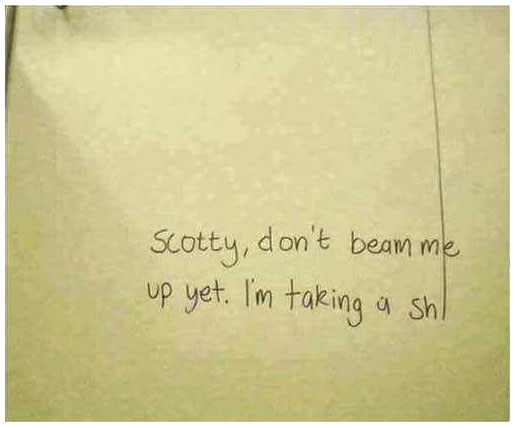