The “shot heard round the world” that started World War I was fired on June 28, 1914, when a student shot the archduke Franz Ferdinand of Austria in Sarajevo, beginning a conflict that lasted four years, involved 32 countries and cost 41 million military and civilian casualties, including 18 million lives.

“I am waiting for the Americans,” said French General Philippe Petain. His wait was rewarded on June 26, 1917, when the first 14,000 untrained, ill-equipped young Americans arrived to fight in France. By the end of the war in 1918, that number had grown to 2 million well trained troops, more than 50,000 of whom left their lives on the battlefields of the “Great War,” as World War I was known.

World War I battles in northern France live on in memory: Verdun, the Somme, the Marne, Belleau Wood, St. Mihiel. While many were fought before the United States entered the war, American volunteers as soldiers, nurses, ambulance drivers and pilots were part of the war from its inception in 1914.  The Lafayette Escadrille (which became part of the United States Army Air Service in 1918) was active in the 1916 battle of Verdun, as were American ambulance drivers. Anne Morgan, daughter of J.P. Morgan, raised funds and set up a network of relief organizations to assist civilians left without food or shelter by the German invasion of northern France.

Today, grass and wild flowers blanket the valleys;  the verdant rolling hills with their lush forests belie the reality of 100 years ago, when the hills were bare and the battlefields were a moon-like terrain covered with trenches, barbed wire, shell holes and the bodies of dead and dying young men. A century later, bullets and bones continue to be recovered from these battlefields.

A visit to some of the battlefields, museums, memorials and cemeteries is a fascinating and moving experience. Of the countless places to visit, here are a few highlights.

A good place to start is in Verdun, an attractive small town in northeastern France on the Meuse River, and the site of the longest battle of the war from January to December 1916. Verdun had been surrounded by 19 forts, similar to Washington D.C. at the time of the Civil War. Verdun’s two main attractions are the Douaumont Fort and the underground Citadelle (fortress). The fort was designed to hold 600 soldiers. During World War I, 3000 men lived there without electricity, running water, and a hand-cranked ventilation system. The noise, vermin, stench and lack of fresh air literally drove men to madness. Although it is empty today, a visitor gets a sense of what conditions must have been like at the time.

In the 17th century underground Citadelle, visitors glide through two miles of underground galleries in small electric carriages, stopping at audio-visual sites where holograms depict soldiers, nurses, bakers, corpsmen and others going about their duties and leisure moments.

The imposing Douaumont Ossuary on a nearby hill, contains the bones of 130,000 unknown French and German soldiers, visible through small ground level windows.

The Somme and the Aisne

Visitors can enter the underground galleries of the Caverne du Dragon (Dragon’s Cave) in the Aisne region where both French and German armies lived for several months in 1917 in darkness, surrounded by the stench of gas and decaying bodies, spying on each other.  From the visitor center on top, there is a splendid view of the Aisne valley.

The Chemin des Dames (the ladies’ path) on the California Plateau was a frontline position in the Aisne battles from the beginning to the end of the war. It was the site of a devastating French defeat in 1917, resulting in a mutiny by the French army. The Chanson de Craonne (Song of Craonne), named for a village destroyed during the battle, is a ballad decrying the misery of the French soldiers. It was prohibited from public performance in France until 1974. Alan Seeger, the American poet who joined the French Foreign Legion, is said to have written his poem “I have a rendezvous with death” at the Chemin des Dames.

Trenches, although tempered by vegetation, still zig-zag through the countryside, some only 40 to 60 yards between enemy lines. Originals can be seen in the St. Miheil salient, at Bois Brule (burnt wood) in the Marne region, and at Belleau Wood in the Aisne. A reconstructed fortified trench which shows mess and first aid dugouts, can be visited at La Main de Massiges (the hand of Massiges) site near the Champagne forest.

In the pretty town of Albert, tableaux of battlefield life can be seen in the underground tunnel (built in the 13th century to protect the populace from invading forces) of the Museum of the Somme. The exhibits, pertaining mostly to British forces, contain artifacts, weapons, tools and other equipment.

Nearby in Thiepval is the imposing British brick and stone Memorial to the Missing, designed by Sir Edwin Lutyens. The memorial commemorates the 72,205 men of the British and South African armies who died or were missing in action between July 1915 and March 1918.

Three fine museums to visit are the Memorial in Verdun, the Historical Museum of the Great War in Peronne, and the Franco-American Museum in Chateau Blerancourt. The Verdun Memorial  exhibits artifacts of war and means of transportation, photographs and a series of interactive kiosks.

The Franco-American Museum in the Blerancourt chateau  was created by Anne Morgan, who purchased the ruined chateau in 1919, where she and her staff had been billeted during the war, and turned it into a museum to celebrate the long friendship between France and the United States.

The museum has a remarkable collection of 19th and 20th century pantings and sculpture, including a large,  elegant sculpture of George Washington by Jean-Antoine Houdon. It specializes in works by American artists painting in France, and French artists who worked in the United States. The chateau is surrounded by beautiful gardens.

Cemeteries dot the landscape. The American Battle Monuments Commission operates and maintains American cemeteries, memorials, monuments and markers in 16 countries. The largest American graveyard in Europe is the Meuse-Argonne cemetery at Romagne-sous-Montfaucon where 4,246 Americans lie.

A new interpretation center was opened on November 11, 2016 to explain to visitors the history of the Meuse-Argonne offensive and its critical importance. Nearby is the Montfaucon American monument, a massive granite column soaring 120 feet into the sky above the ruins of a former village. If you have the strength to climb the 234 steps to the top, there is a splendid view of the territory conquered by the Americans in the Meuse-Argonne offensive of 1918.

The cemetery of Belleau Wood lies on a hillside, its graves surrounded by flowering plants, with a chapel at the top of the hill. The remains of shell holes and trenches lie along a hiking path in the wood.

A bronze memorial at the entrance to the wood commemorates the fearless 4th Marine Brigade which fought and died there and around nearby Chateau Thierry in the summer of 1918.

But a visit to the Western Front is not limited to the war sites. Reims, built by the Romans in 80 B.C., is France’s art deco city. It was badly damaged by German shells but was reconstructed. The kings of France were crowned in the city’s magnificent cathedral with its famous smiling angel on the portico.  The history of the cathedral is brought to life at dusk when the “son et lumiere” (sound and light) program starts on the facade.

The Carnegie Library, built in the 1920s in the center of town near the cathedral, is a lovely art deco public institution, well worth a visit. (Reims is also the site of the German unconditional surrender at the end of World War II on May 7, 1945, in what was Reims’ technical college. Today, it is a museum with the signing room intact.)

Reims is the seat of the champagne trade and a visit to the Taittinger House offers more than a taste of fine bubbly. The tour of the facility includes the underground vaulted Gallo-Roman limestone cellars, used as a hospital for French soldiers during the war, which have returned to their original use as champagne cellars.

Amiens is also a city, like Reims not far from Paris, in the Somme region, with a splendid cathedral. Inside is a marble weeping angel. Near the cathedral is the Jean Trogneux chocolate shop owned by the parents-in-law of French president Emmanuel Macron, which specializes in plump macaroons unlike the Parisian variety.

Amien’s Hortillonnages is a patchwork of floating gardens, formerly market gardens now dedicated primarily to flowers. Flat bottomed boats take visitors through the canals for a relaxing journey of delight.

It is said that the best madeleines in France are made in the village of Commercy in the Meuse region, and many shops in the area carry them.

In Verdun, visitors can take a tour of the Braquier factory, where the delicious sugar coated almonds (dragees de Verdun) are made, and then sample some of the products.

Picardy, as the region was known, has excellent regional wines, charming villages with fairytale castles, good hotels and many restaurants offering local specialties. Legend has it that in 1916, a British soldier came upon a woman tending her roses in a village in the Somme. Struck by the contrast between the war and the peaceful scene, he wrote a poem, “The roses of Picardy,” later set to music by Haydn Wood. The battlefields and the roses are still there.

Air France flies nonstop from the U.S. to Paris. Its premium economy class, between economy and business, offers comfortable seats, foot rests and other amenities. The staff, both on the ground and in the air, is exceptionally pleasant and helpful.

The Chateau des Monthairons is conveniently located near the Aisne and Somme sites. It is an elegant hotel with attractive rooms and a fine kitchen,  located in a serene, beautiful park. The crickets sing you to sleep and the robins chirp you awake to a sumptuous breakfast.

For more information go to:

Christmas Markets in the Alps 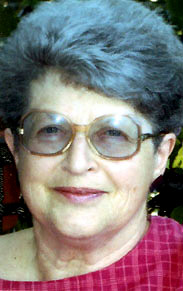 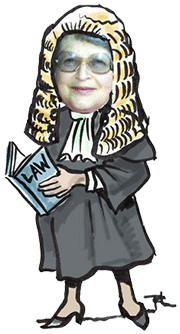 No matter where you go, there you are!